The ‘saeta’ is once again the protagonist at Peña Buena Gente

Flamenco is present year-round in Jerez. It can be felt in the most unexpected corners and is the protagonist in all traditional celebrations. While in the Christmas season villancicos por buleríascan be heard, and during the city’s feria the splendor of the spontaneous juergas is reborn, during the Holy Week flamencos pay homage to the saeta. To the saeta por seguiriyas, to be precise. It would also be 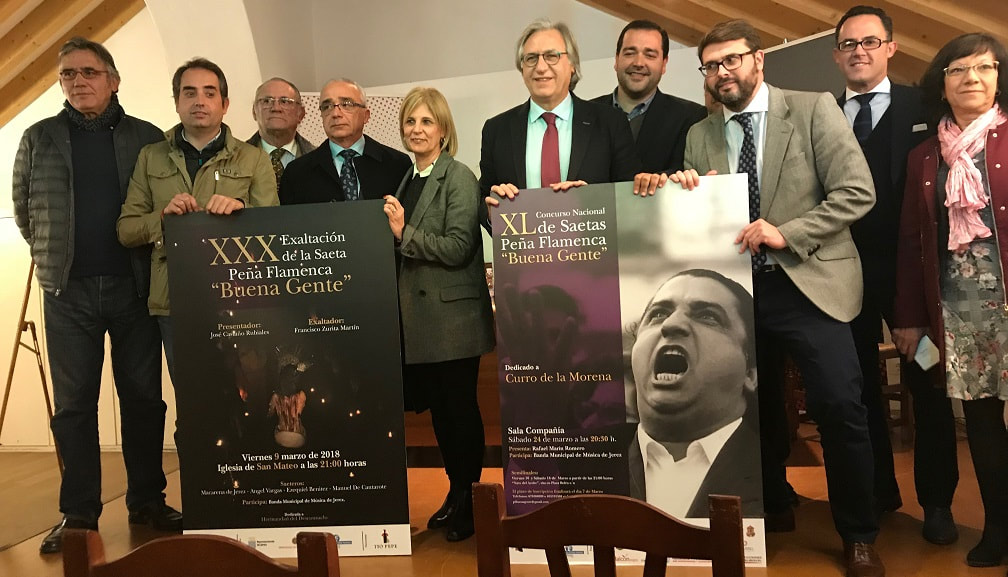 Flamenco is present year-round in Jerez. It can be felt in the most unexpected corners and is the protagonist in all traditional celebrations. While in the Christmas season villancicos por buleríascan be heard, and during the city’s feria the splendor of the spontaneous juergas is reborn, during the Holy Week flamencos pay homage to the saeta. To the saeta por seguiriyas, to be precise.

It would also be fair to highlight the essential role of the peñas flamencas when it comes to promote the arte jondo year-round, preserving certain traditions which define the city’s singularity. The Peña Buena Gente has once again presented its Lent season programming focused on the saeta, the “soundtrack” of Jerez’s Holy Week. This entity in the San Mateo neighborhood made public the details of the two most important events in its programming: the Exaltación de la saeta (“Saeta’s Exaltation”) and the Saetas National Contest.

The Exaltación, in its 30th year, will be performed by Zurita Martín, Eldest Brother of the Desconsuelo brotherhood. This brotherhood is historically associated to the Peña Buena Gente on account of being located in the same neighborhood, and that’s why its Eldest Brother is entrusted with telling about the feelings and memories that the saeta has created through his whole life. Paco Zurita, son of the renowned Santiago Zurita, will be introduced by José Castaño Rubiales and the event will have the participation of the saeteros Macarena de Jerez, Ángel Vargas, José de Cantarote and Ezequiel Benítez, as well as the Municipal Band of Music. The Exaltación will take place the evening of March 9, at 9 PM in the San Mateo church.

The other event presented was the Saetas National Contest (Concurso Nacional de saetas), now in it’s 40th edition and held in honor of the cantaor Curro de la Morena, a distinguished reference for this style. This is an event which every year has had an increasing number of contestants, and for this reason the peña wished to “increase the budget allocation” for its prizes, thus this year the total amount of prizes awarded surpasses the previous edition by 5,000 euros, totalling 10,900 euros overall. The First Prize will be awarded 2,500 euros, the second prize 1,500 euros, there will be six secondary prizes of 900 euros and one special prize “Manuel Torre” of 600 euros. This last prize may or may not be awarded. One novelty this year worth mentioning is the fact that all the contest’s winners will sing from a city balcony during the Holy Week during the procession of the brotherhoods Desconsuelo, Buena Muerte, Tres Caídas, Soledad, Defensión and Mayor Dolor. The contest will take place in two stages: semifinals, and final. The semifinals will be held at the peña’s venue, in the Nave del Aceite building, on March 10 (Saturday) and March 16 (Friday), and the final will take place on Saturday, March 24, in the Sala Compañía venue. 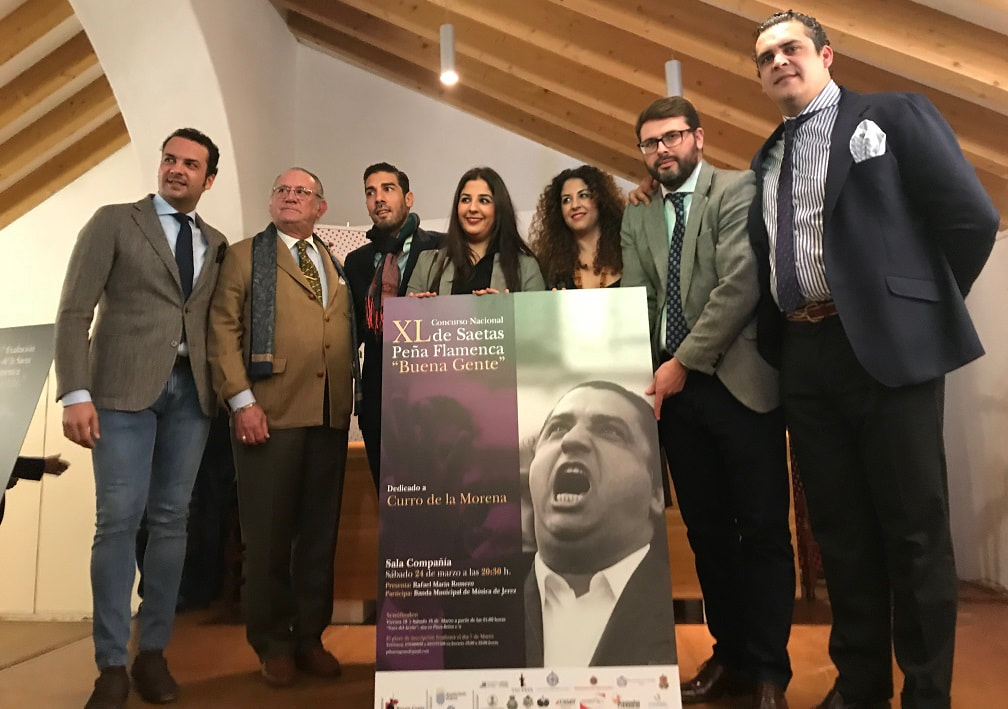