This year’s Fiesta de la Bulería is tagged a “Special Edition” for reasons we all know by now, the public health issue has caused rigid measures to be enforced: face masks, social distancing and please remain seated.  Few “oles” were heard.

“Seven, eight, nine ten, one, two” …that’s how the girl in the small dairy store near the original Amor de Dios studios in Madrid used to finish counting out a dozen eggs, never “eleven, twelve”.  I assumed it was the proximity to that flamenco breeding-ground just down the street from the Bar Moka in Madrid where flamenco artists rehearsed, taught and choreographed, and where the characteristic 12-beat measure was pounded out all day long.  Amor de Dios wasn’t a flamenco school at all, but rehearsal studios for rent, although tap dancers, opera singers and other performers would always tire of us noisy flamencos and find other places to practice.

Excuse the brief nostalgia trip, my actual intention is to give a broad overview of the Special Edition of the 2020 Fiesta de la Bulería which just came to an end.  I think some beginning flamencos may not grasp the powerful domination of bulerías compás that has been nearly everyone’s favorite flamenco toy since about 1975 when two brilliant young musicians showed the rest of us what they could do with it.  Of course, that’s Paco and Camarón we’re talking about. 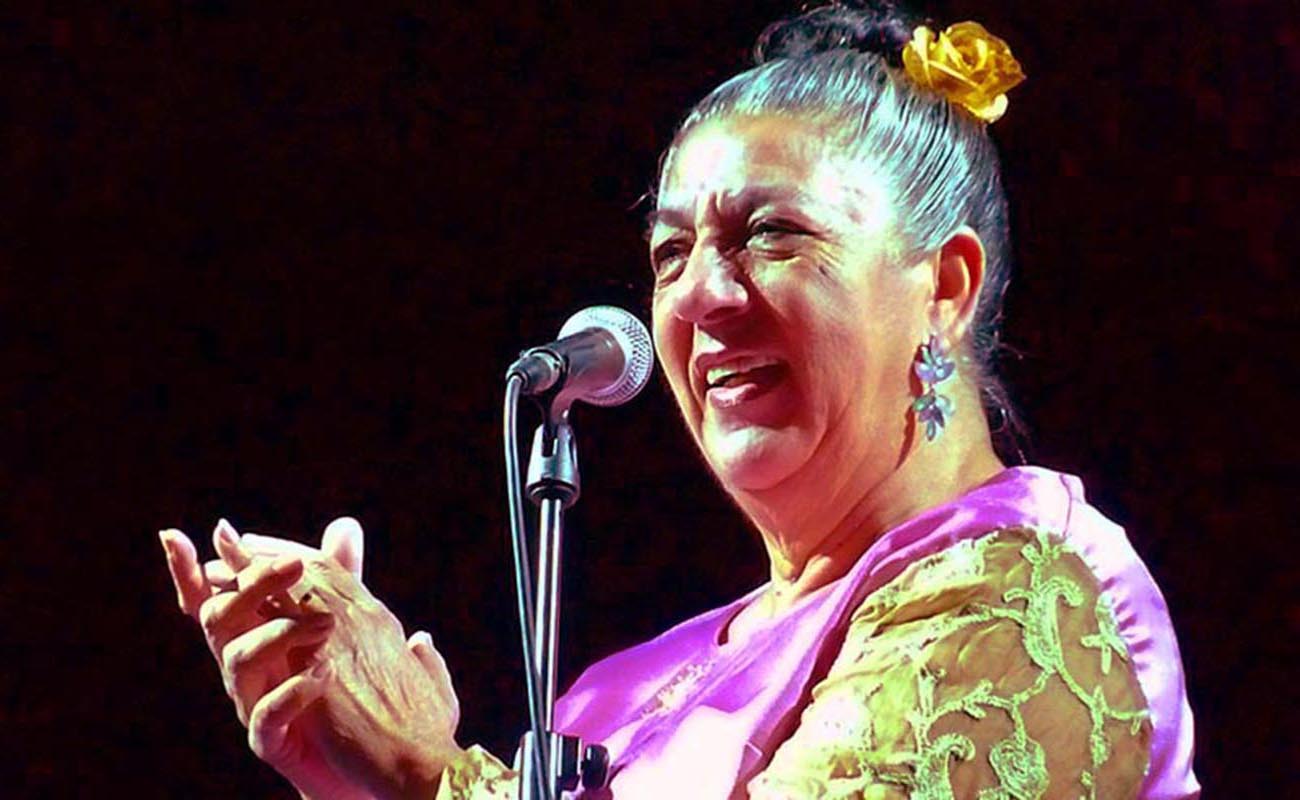 In 1966, in his book Teoría del Cante Jondo, Hipólito Rossy (Seville, 1897-Barcelona, 1975), one of the pioneering flamencologists, wrote that bulerías was a “frivolous form, a passing fashion destined to disappear”.  He also wrote that in his youth, around 1915 perhaps, he never heard any mention of bulerías.  Less than one year after writing those words, and thanks to the initiative of Juan de la Plata in Jerez, the first Fiesta de la Bulería took place, a clean passing of the torch, and thus began the reign of bulerías.

As much as we all expect shows in tablaos, theaters and nightclubs to end with bulerías, back in the 1960s and 70s rumba was overwhelmingly popular thanks to charismatic artists such as Peret and Bambino among others, and it was unusual to see any show that didn’t end with rumba.  The great Antonio el Bailarín, the stately elegant Manuela Vargas, the dashing José Greco, major stars of the era, would sign off with rumba, a form rarely heard nowadays.  But bulerías came into town and took over around 1980, with no sign of loosening its grip.  Only in early festivals, where Antonio Mairena laid down the law, would bulerías find its place for the customary fiesta finale, since the maestro did not approve of rumba.

This year’s Fiesta de la Bulería is tagged a “Special Edition” for reasons we all know by now, the public health issue has caused rigid measures to be enforced: face masks, social distancing and please remain seated.  Few “oles” were heard, despite some outstanding moments, and we all behaved for the two-hour duration of each night’s offering.  Only a few years ago the Bulería filled the Jerez bullring with 7000 people, and the show was still going strong at near five in the morning as spontaneous fiestas erupted continually in the packed bleachers.  By contrast, some 200 people attended each of the three days of the 2020 Fiesta de la Bulería.

Three terrific programs of this Special Edition had little to envy of the usual marathon event…a clear case of “less is more”.  On Thursday, with a balmy August breeze drifting through the lovely patio of the Cloisters of Santo Domingo as we waited for the show to begin, an idle thought came into my head: I wonder what it’s like to look out at an audience of masked faces…no smiles of approval or shouts of “ole!” 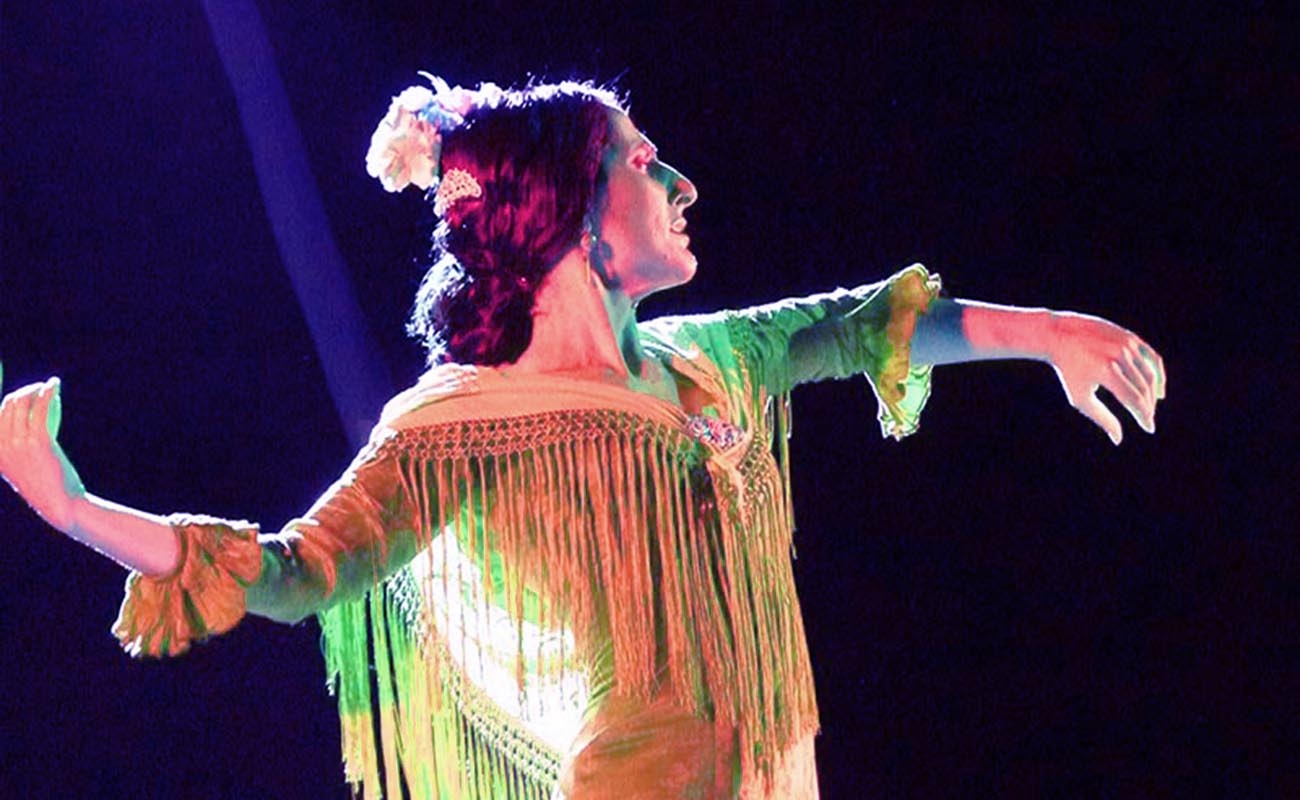 Gema Moneo, flamenco dancer from a noteworthy family of artists, was in charge of the first day’s presentation.  Her name has begun to shine brightly in recent years, after having worked with Farruquito.  Gema’s style has picked up the ways of that illustrious line, and she is one of the few women who manages it in a credible way. Her dancing energized the show, and the guitar solo of bulerías by her father, Jesús el Guardia, triggered the first ovation of the night. Singers Juan de la María, Ezequiel Montoya and Miguel Lavi, the collaboration of Hugo López in dance and direction, and the piano and electric base of Melchor Borja completed the backup.  At the end Gema delighted the audience with a bit of her singing, pure San Miguel style of course.

The third and final day of this discreet edition of the historic festival was under the direction of Antonio Malena to honor the San Miguel neighborhood that has given so much to flamenco.  His singing, and that of his daughter Saira, were accompanied by Antonio junior, and veteran singer Luis Moneo by his own son.  Singers Antonio Peña Carpio El Tolo and Joaquín Marín Flores El Quini accompanied the intense compact dancing of Rocío Marín. 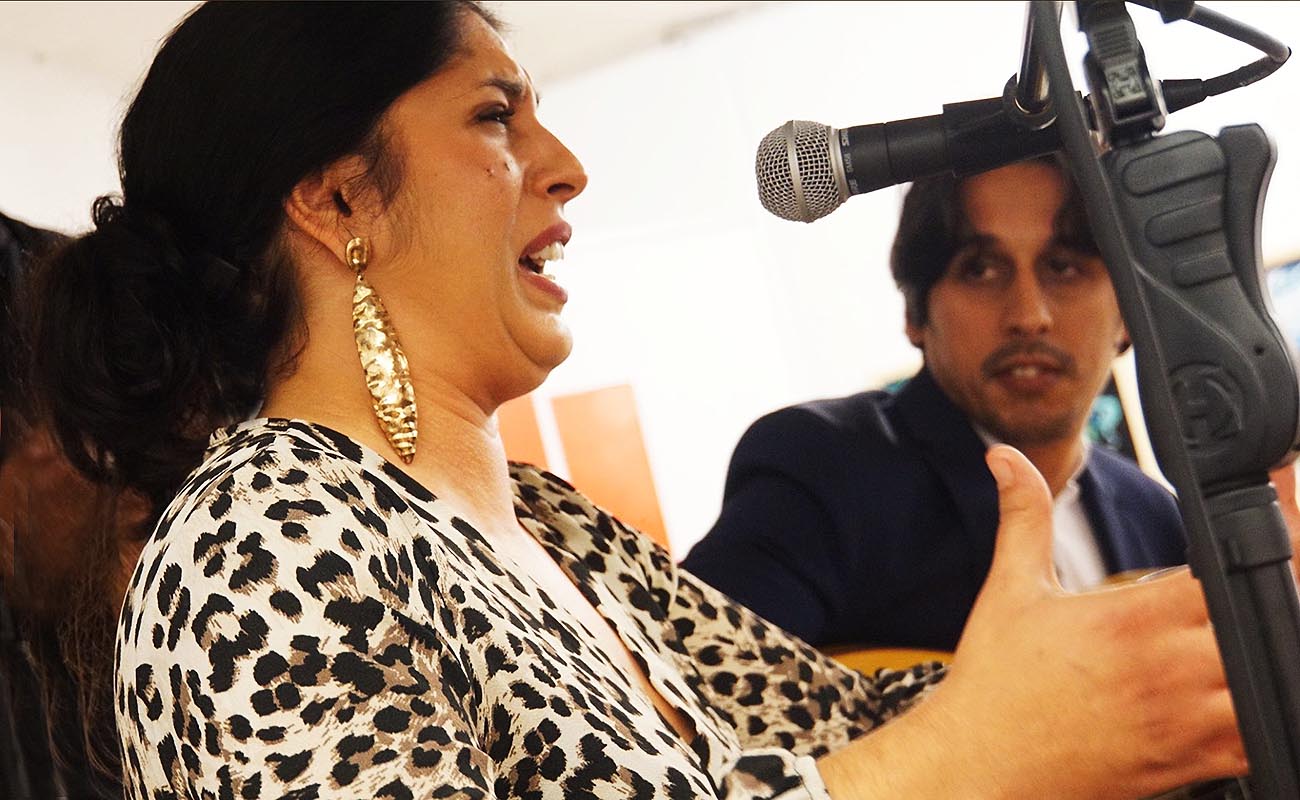