Home / Actualidad flamenca  / After remembering the dead, come the “non-zambombas” of Jerez

After remembering the dead, come the “non-zambombas” of Jerez

Traditionally, the zambombas in Jerez were never celebrated before the Immaculate Conception or Constitution holidays (December 6 – 8th). Around those dates, the peñas flamencas, religious brotherhoods, neighbor associations and other organizations typically associated with Christmas celebrations in this land, such as the Asociación de Belenistas, organized choirs around bonfires with the intent of remembering and singing the ages-old coplas and romances that have always been sung in 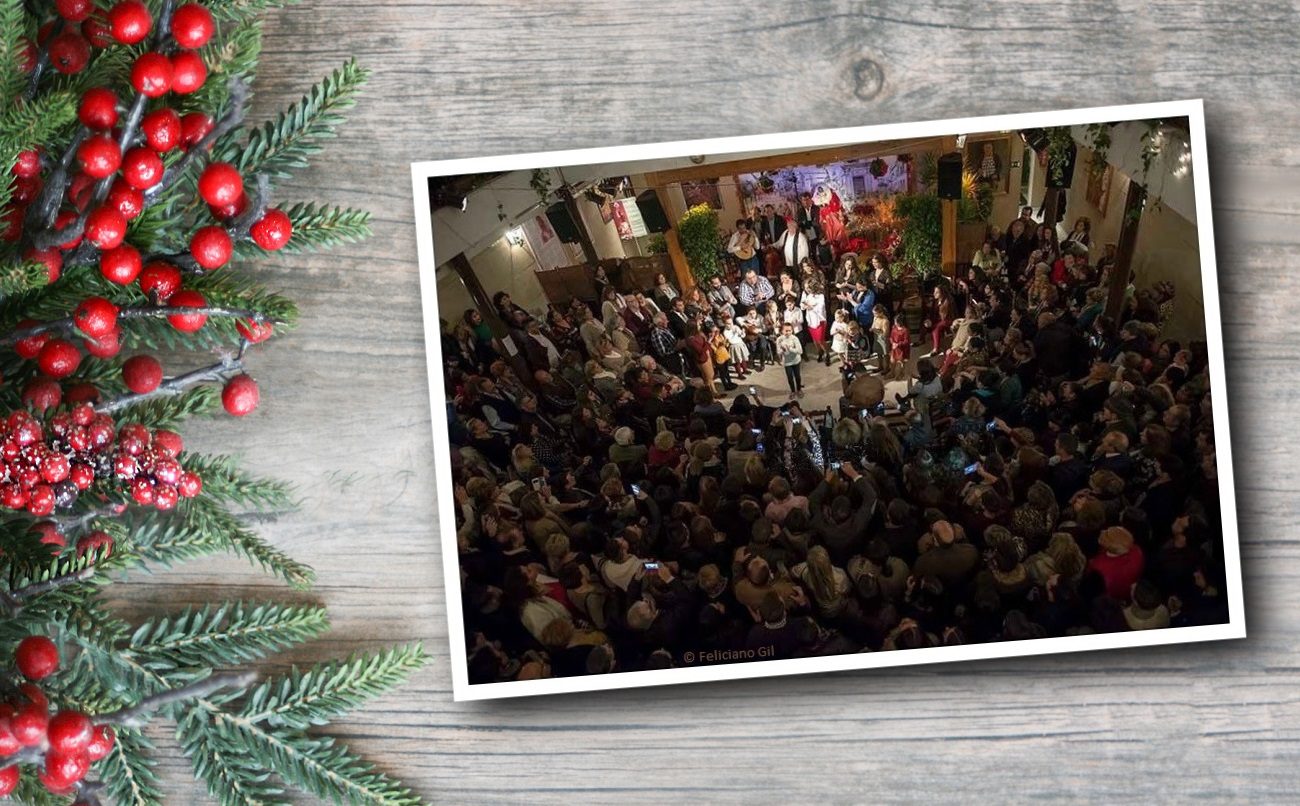 Traditionally, the zambombas in Jerez were never celebrated before the Immaculate Conception or Constitution holidays (December 6 – 8th). Around those dates, the peñas flamencas, religious brotherhoods, neighbor associations and other organizations typically associated with Christmas celebrations in this land, such as the Asociación de Belenistas, organized choirs around bonfires with the intent of remembering and singing the ages-old coplas and romances that have always been sung in the Christmas season in a spirit of brotherhood. For most people, sharing a good time of laughter and fellowship around the sounds of villancicos was the main reason to go back in time and relive that yearned childhood which brought so many good memories. At the same time, we have to say it, each of these events was an opportunity for those organizations to collect funds to help balancing former and future budgets, considering that admittance to their events was for a token price. As recently as the 1990s (so, not from as far back as half a century ago) zambombas were seldom public and were primarily family affairs. Zambombas were never meant to be performed for financial gain. That is, until now. It’s not that I’ve become a radical or that this is apocalyptic, but the fact is that since a few years ago the demand for zambombas has far outstripped the offer, resulting in a free-for-all where everything goes. We can already see posters in bars and nightclubs advertising “Traditional zambombas of Jerez” which are not even from Jerez and are as traditional as plastic tambourines…

Actually, no. Not everything goes. It’s rather shocking that nowadays zambombas start being celebrated as early as November 16, while traditionally November was a sacred month of remembrance for those who had passed away. It’s true that we shouldn’t necessarily have to wait until December 5 to celebrate zambombas, but at least we could wait until the last hours of November.

All of this may seem silly and unimportant, but traditions exist for a reason, and if the basic elements of a tradition are removed, they become pointless. It’s not just when we celebrate, but how. In many cases the zambombas themselves (the percussion instruments these celebrations are named after) don’t even feature, the traditional almirez and anise are kept on the bar shelves just as decorative elements, no one uses a spoon and a bottle as a musical instrument anymore, and not even the organizers know the lyrics of those old romances that are meant to be remembered. It’s just an ensemble of five people with microphones, drinks for five euros and cha-ching. No one seems to care about the things that really matter.

What happens with this celebration of Jerez is the same that happens with flamenco: there is a constant need to point out what is and what isn’t, and to use the right terminology when speaking about it. Wouldn’t it be easier to change the name of the product, instead of selling a fake one? They could call it “Christmas Performance” instead of “zambomba”, and that would do. This matters, because a lot of tourists come seeking something authentic and they end up greatly disappointed. Additionally, the young people of Jerez are mostly unaware of the greatness of their culture, and with the exception of two or three well-known villancicos (such as Calle de San Francisco, Los caminos se hicieron and some other) don’t participate unless the ancient romance being performed has been remixed by someone of their generation in the last few years, so it’s a modern creation (by the great Antonio Gallardo, Parrilla de Jerez and Terremoto).

Not all is lost, though. There are still the brotherhoods and the small peñas, and the association of the San Miguel neighborhood, these are the zambombas we recommend, and for performances there is always the Villamarta theater.