It has been always like this through flamenco’s history. To be able to perform real flamenco, it’s necessary to possess a certain gift, to have it in our guts, to feel it and to love it. It can’t be a matter of seeking money and success, as the later usually ensures the former. To be flamenco is not a matter 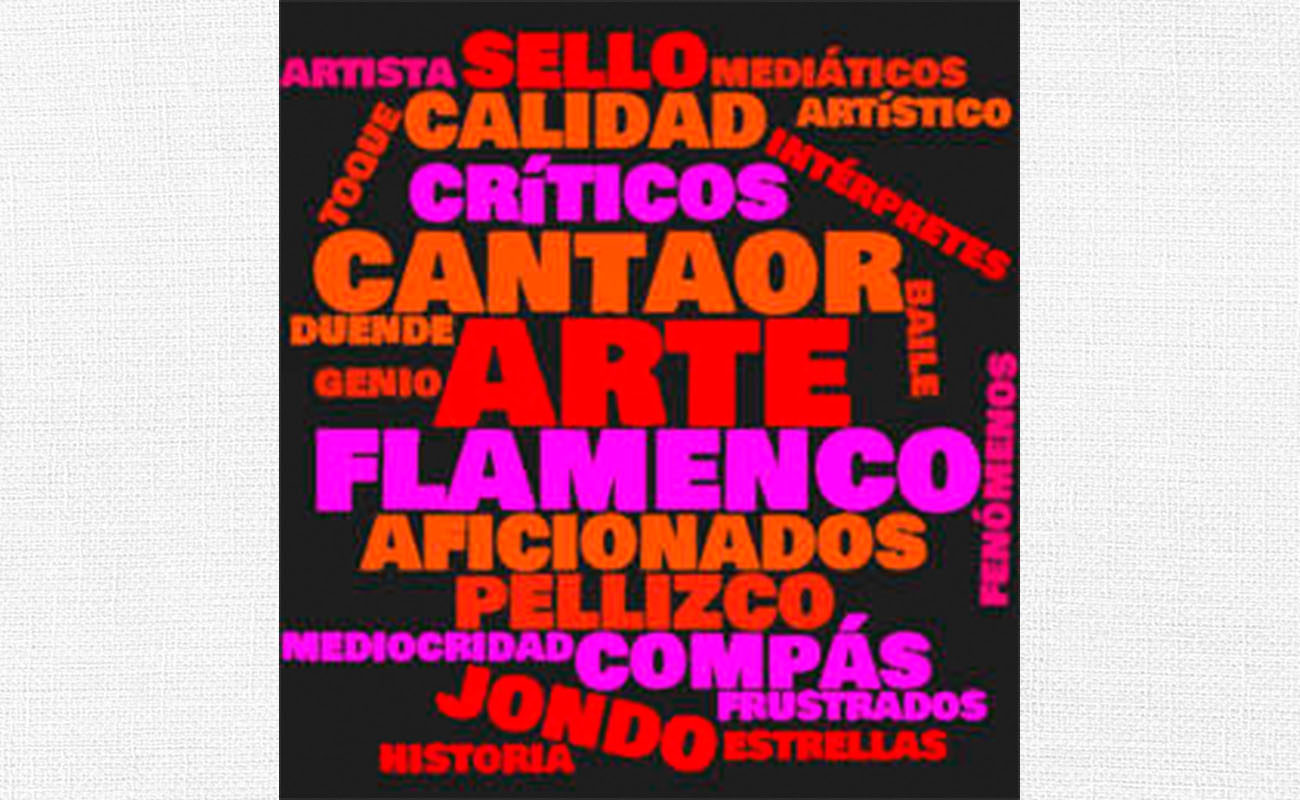 It has been always like this through flamenco’s history. To be able to perform real flamenco, it’s necessary to possess a certain gift, to have it in our guts, to feel it and to love it. It can’t be a matter of seeking money and success, as the later usually ensures the former. To be flamenco is not a matter of waking up one morning and deciding to becomeflamenco, but it’s a matter of being flamenco, to relate to its way of feeling, enjoying and looking at life and at the art of music and dance (which are the same thing, almost indivisible within flamenco.)

Those unable to sing, dance or play flamenco with art and pellizcousually fabricate their own flamenco, dismissing things like duende, soul, pellizco and compás. Those who have none of that, simply claim that such things don’t exist and that it was all made up by flamencologists and critics. If they can’t sing the proper way, then they sing in a different way, hoping that someone will like it, claiming to have a unique style. So unique that no one understands them. Then they bask in their uniqueness.

It’s not possible for someone to be even an average cantaor unless they passionately love cante, feeling it and respecting it. The world of flamenco is so tolerant that there is room even for bad performers. I don’t know if it has ever happened, and it’s certainly something I’ve never heard of, anyone ever being banned from flamenco for not meeting high quality standards, for not having flamenco flavor or for lacking compás. There is room and public for everyone, because there are knowledgeable aficionados and also aficionados who don’t know anything, just as some people are demanding and others aren’t.

Nowadays there are two or three noteworthy artists who sing too often, because they’re heavily promoted by the media. Apologies for not giving names, although you’ll probably be able to figure it out. Since they’re terrible cantaores, they hate cante and try to destroy it. It’s an impossible quest, of course, as they’re not that powerful, but they try and join forces with other frustrated musicians to create some noise. Besides, they can count on the support of some media outlets which turned their backs on flamenco many years ago in order to promote mediocrity.

There have always been artists like Rosalía, who have the backing of critics who are completely disoriented or who enjoy being perceived as rebels. They seem to reason that promoting a bad artist will give them publicity, and if the artist eventually succeeds, then they can claim to have noted the artist’s potential before everyone else. Yet, no one with the most basic common sense can state that this girl is a good cantaora, because she isn’t. She’s the result of a marketing ploy intended to sell albums and concert tickets. If we remove all the embellishments, we can see what’s left: nothing.

Do you know why this is happening, as it has happened before? Because there are no longer great flamenco stars who inspire aficionados, and at such times some people take advantage to promote whatever they feel like. Like Niño de Elche, or the son of Enrique Morente, who seems to perform in every festival claiming to feature flamenco, and is promoted as if he were a new musical genius.

The only way to fight all this trash is by supporting the good stuff, true flamenco, which still exists. Nowadays, there are no great flamenco stars, but there are many good artists who deserve more attention than we give them. In flamenco, it’s very easy to fake it, and some terrible performers are coming from under the rocks as if they had any artistic value. Supporting what’s truly worth it, instead of buying into all the nonsense, is the only way to get this mess fixed. Flamenco deserves it. I mean flamenco, not the trash.