January 25th, 2019 was the 100th anniversary of the death of Gabriela Ortega Feria, the great Gypsy bailaora from Cádiz. She passed away in Seville at her home on Santa Ana Street, one of the streets with the strongest flamenco tradition in the Alameda de Hércules district, where Niño Medina, Antonio el Pintor and Lamparilla lived, as well as, among 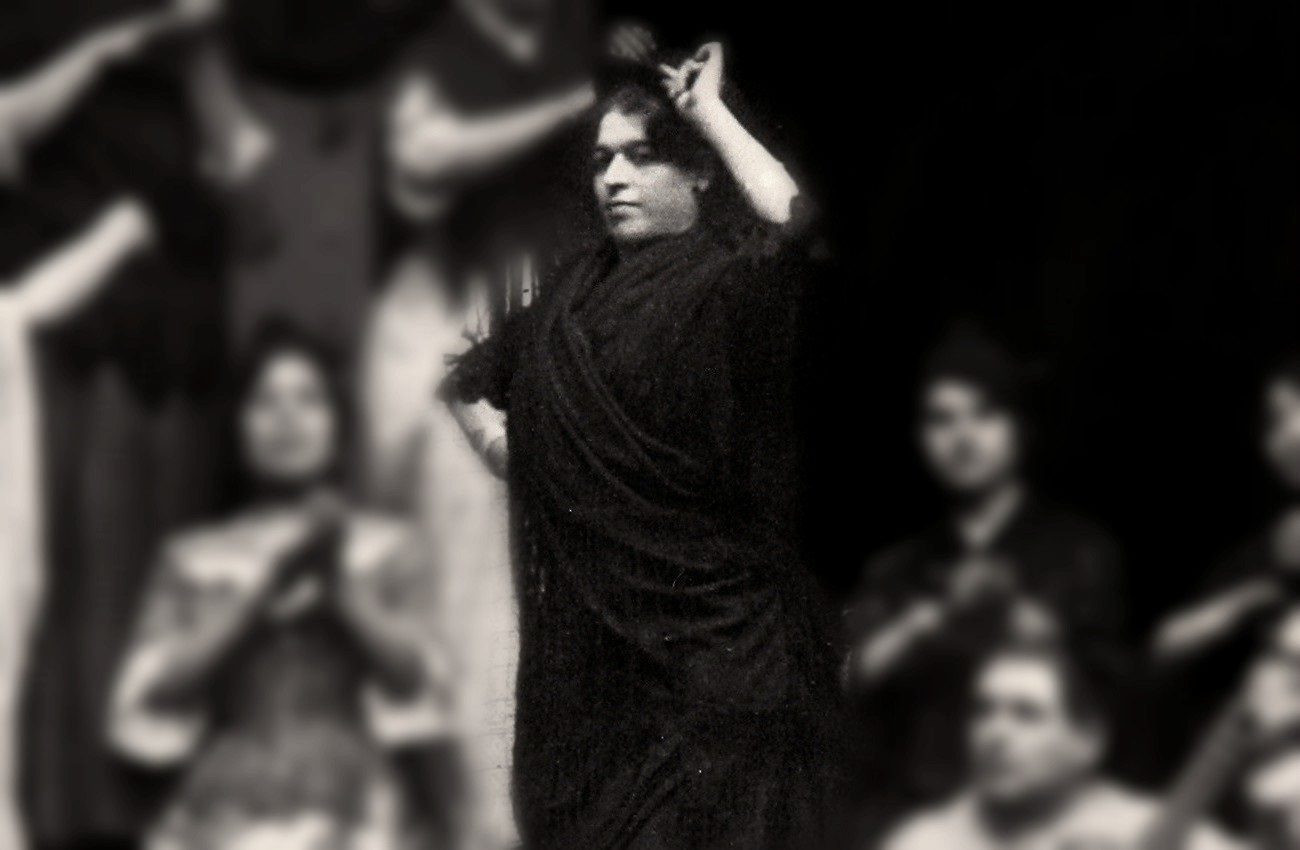 January 25th, 2019 was the 100th anniversary of the death of Gabriela Ortega Feria, the great Gypsy bailaora from Cádiz. She passed away in Seville at her home on Santa Ana Street, one of the streets with the strongest flamenco tradition in the Alameda de Hércules district, where Niño Medina, Antonio el Pintor and Lamparilla lived, as well as, among others, La Serrana and La Sordita, the celebrated daughters of the singer of seguiriyas from Jerez, Paco la Luz.

Gabriela was born on 28 Santo Domingo Street in Cádiz, in the Santa María neighborhood, on July 30th, 1862, daughter of Enrique Ortega Díaz, ‘El Gordo Viejo’, and Carlota Feria. It was Silverio Franconetti who brought her to Seville, by the express wishes of her father, his great friend from Cádiz, to first debut at El Burrero café, and then in Silverio’s own café on Rosario Street.

Gabriela caused quite a stir, because the style of baile in Seville was quite different than the one of Cádiz. Gabriela and La Mejorana brought a new style of dancing alegrías and jaleos gaditanos, only comparable to the style of Josefa La Chorrúa, aunt of La Malena, and the three Coquinera sisters, who were from Puerto de Santa María and also caused a big stir in the capital of Andalusia.

The daughter of Enrique El Gordo was not just admired as bailaora, but also as a woman, and she was courted by several bullfighters of Seville, with Fernando El Gallo succeeding to win her heart. El Gallo was the father of Rafael and Joselito El Gallo, a very popular bullfighter in the late 19th century. As could be expected, Gabriela’s family didn’t approve of that romance and the bullfighter even told her brother Enrique Ortega Feria, a cantaor who was already living in Seville, that “either you allow me to marry her, or I’ll steal her”.

Since Gabriela’s family would continue to oppose the wedding, the bullfighter took her to Madrid, where she gave birth to a child, Rafael, and that prompted El Gallo and Gabriela to get married in Seville in 1885. Gabriela was a very happy woman, but she had to quit baile to fulfill her role as the wife of the bullfighter, having more children, five to be precise, having three sons and three daughters in total. All three sons became bullfighters, and all daughters married bullfighters, among them the renowned Ignacio Sánchez Mejías.

Gabriela led a happy life raising her children at El Gallo’s homestead in Gelves, a town in Seville province. It didn’t belong to El Gallo, though, but to the House of Alba, so when the bullfighter died in 1897, Gabriela had to move out with her small children. They moved to Seville, and the fact is that they had to endure some privations until Rafael, the first-born, became a bullfighter and brought money into the household.

Then came the legendary Joselito El Gallo, who became one of the most famous bullfighters of all time, and money started pouring in. Yet, Gabriela started to feel anxious because all her sons were bullfighters, and people say that this made her ill, although she would only pass away in 1919, a few months before a bull killed Joselito in Talavera de la Reina.

Granero died in Madrid
Valerito, in Seville
And in Talavera la Reina
A bull killed Joselito
.What sorrows Gabriela suffered.