Javier Molina: the wizard of Jerez

In May this year we’ll celebrate the 150th birthday of Javier Molina Cundi, the most important flamenco guitarist from Jerez de la Frontera. He was born on May 4, 1868 on Merced street, in the heart of the Santiago neighborhood, son of Francisco Molina López, a day labourer, and Antonia Cundi Sánchez. Three decades later, this kid would become the great 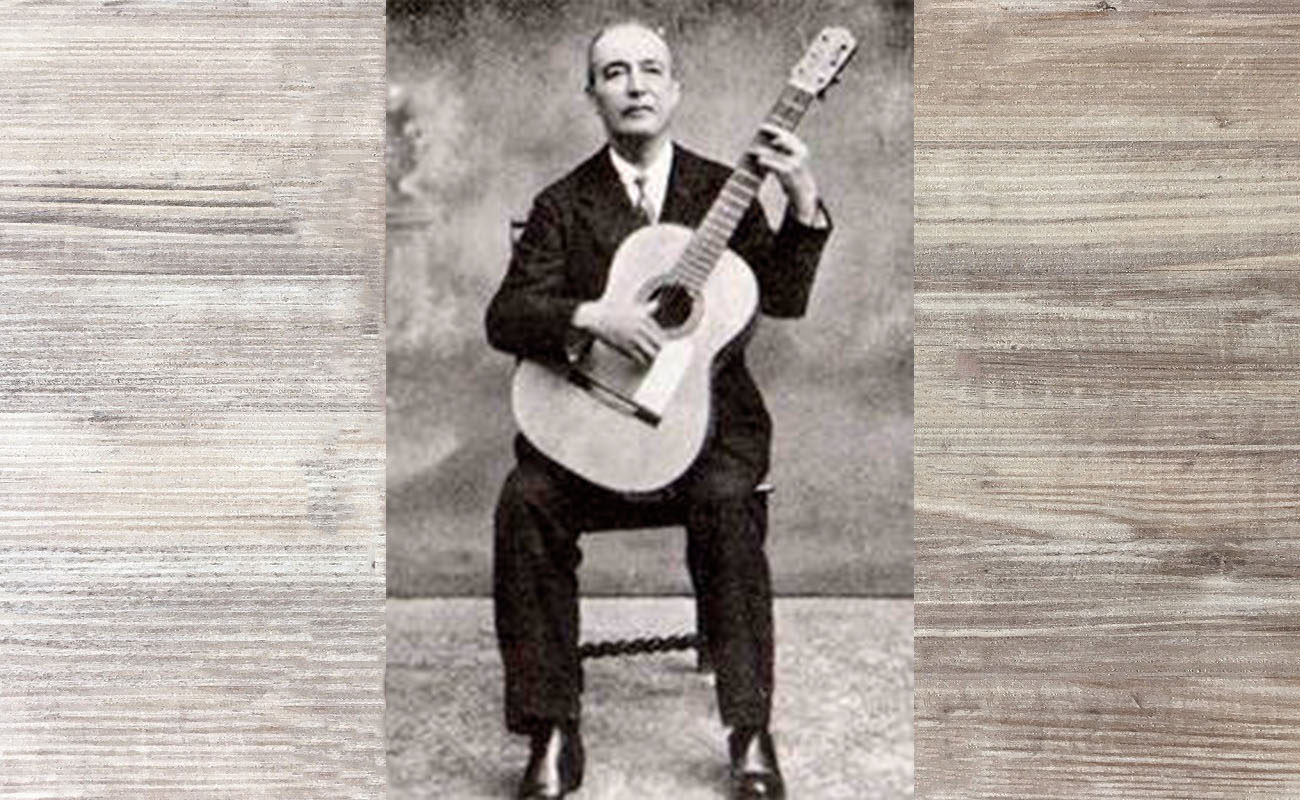 In May this year we’ll celebrate the 150th birthday of Javier Molina Cundi, the most important flamenco guitarist from Jerez de la Frontera. He was born on May 4, 1868 on Merced street, in the heart of the Santiago neighborhood, son of Francisco Molina López, a day labourer, and Antonia Cundi Sánchez. Three decades later, this kid would become the great master of Jerez’s guitar, after learning his trade from great masters such as Paco el Barbero and the unfortunate Antonio Sol, the former born in Sanlúcar de Barrameda and the later in Jerez.

Oddly, none of Javier Molina’s masters was a Gypsy, not even the celebrated Patiño de Cádiz or some other Francisco Cantero (who was not Paco El Barbero) or Paco de Lucena. I mention this because Manuel Morao is sometimes inflexible in his belief that non-Gypsy flamencos are almost intruders in their own land. Yet, Javier Molina wasn’t Gypsy and didn’t learn to play the guitar in any Gypsy school of toque, something which didn’t exist in Jerez anyway (or in any other place in Andalusia, incidentally, although I don’t mean to cause any flamencological controversy).

Although Javier experienced the flamenco environment since he was a child in his own neighborhood, being acquainted with cantaores such as Loco Mateo, Antonio and Diego El Marrurro, Joaquín Lacherna and Frijones, among others, his career was greatly helped by the tour he did with Chacón and his own brother Antonio, a bailaor aficionado. In those travels through Andalusian towns, particularly in the provinces of Cádiz, Seville and Huelva, Javier not only learned how to play better, but also to live the hard life of an artist, which in the late 1800s was a very harsh life.

Meeting Salvaorillo de Jerez (who was actually born in Benamejí, Córdoba) in Huelva was not only important for Chacón, but also for Javier Molina. Salvaorillo wasn’t living in Huelva in those years to enjoy the beaches and good weather, but because Silverio and Juan de Dios had opened cafés cantantes in that city of Andalusia and Salvaorillo was Franconetti’s trusted right-hand man. This cantaor from Córdoba was a great friend of Maestro Pérez (who was from Seville) and Pérez in turn was a good friend of Paco El Barbero, who not only owned a tabanco in Seville’s downtown in those days, but also had a guitar academy in the San Esteban neighborhood, where Silverio had grown up.

Paco El Barbero, Maestro Pérez and Antonio Sol, the pillars of flamenco guitar, where living in Seville when Javier Molina arrived in that city for the first time, joined by Chacón, his brother Antonio and Salvaorillo. Thus, Seville would have been crucial for the development of whom would be later called the wizard of flamenco guitar by the celebrated Fernando de Triana.

From being a follower of those great masters of guitar, Javier Molina became a master to other guitarists from Seville, or others who had grown up in that city, such as Antonio Moreno, who was from Córdoba, or Currito el de la Jeroma, who was from Jerez. With so much talent in Seville, it’s not surprising that in the early 20th century a new genius of toque came up: Niño Ricardo, who heralded a new age in flamenco guitar and created modern toque, together with Montoya, Sabicas and Javier himself.

A pending homework for Jerez is to research its guitar school, which wasn’t noteworthy in the 1800s but later earned the renown it has today, with the unquestionable influence of the Moraos and other outstanding guitarists such as Parrilla, Moraíto Chico, Paco Cepero, Niño Jero or Gerardo Núñez.

It all started with the brilliant Javier Molina Cundi more than one hundred and twenty years ago, so everything done to honor his memory won’t be enough to make him justice.