Malaga’s 7th Flamenco Biennial starred one of the greatest dancers in the history of flamenco, Triana’s own Manuela Carrasco, who still has the same passion for jonda and pure flamenco as ever…

The closing ceremony of Malaga’s 7th Flamenco Festival, directed by the brilliant Antonio Roche, starred one of the greatest dancers in the history of flamenco, Triana’s own Manuela Carrasco. If a daring flamenco fashion designer ever decided to dress the Giralda as a gitana, it would be Manuela. They are perhaps the two most jondo monuments in Seville, not forgetting la Niña de los Peines, Pastora Imperio, Manolo Caracol, Manuel Vallejo and Tomás Pavón.

Manuela is the Bailora with a capital B, a gitana trianera who when starting out as a child, someone once said ‘won’t be great, she’ll be the greatest’. They evidently were not wrong. The night of Wednesday 29th September, the Teatro Cervantes of Málaga La Cantaora was full to the brim with fans, not only from Malaga but other cities and Andalusian towns too. Unsurprising really, given that a woman who personifies flamenco history was dancing.

Manuela performed Aires de mujer (Women’s Airs and Graces), her final show, with a complete and decidedly female group of companions: La Macanita, Tamara Amador and Anabel Valencia. Songs made by gitana women from Jerez, Sevilla and Lebrija, which was, from the outset, a declaration of intentions. The name of the show was already a clue, of course. We had come to the Cervantes theatre to see Manuela Carrasco alternated by her daughter Manuela Amador Carrasco. On the guitar was Joaquín Amador, accompanied by none other than Ramón Amador and Antonio Santiago Ñoño by his side. On percussion was the prodigy José Carrasco, and the palmas and violin were provided by El Pelón and Elisa Prenda respectively.

Unfortunately, bad sound put a bit of a dampener on the show. When technical issues are experienced, a bailaora’s heritage prevails, and Manuela went ahead with the show, as she has done on other occasions, with the help of her genes, but also professionalism and experience, qualities which needn’t be incompatible with the natural art that is passed down through generations.

Manuela Amador, Manuel and Joaquín’s daughter, has insanely good footwork and danced marvellously. Arguably not for long enough, but then again the show was that of her mother, who danced soleares and seguiriyas – palos which are two pillars of her gitana school. It’s incredible how well the Sevilian bailaora still performs at her age, and one must take into account that her style is not precious, but rightfully one of strength and courage. It’s a miracle that she still dances with that strength, commanding at every moment, dancing to the cante and guitar with the same passion for jonda and pure flamenco as ever.

When it seemed like nothing out of the ordinary was going to happen, Manuela lost one of her shoes and instead of picking it up, she took off the other and danced bulerías barefoot. That magical, inspired moment, emotive and unscripted, saved the night and brought the audience to its feet two or three times. Nobody wanted to leave. Flamenco can be like that. Nothing is lost if there is a passionate and commanding artist on stage. 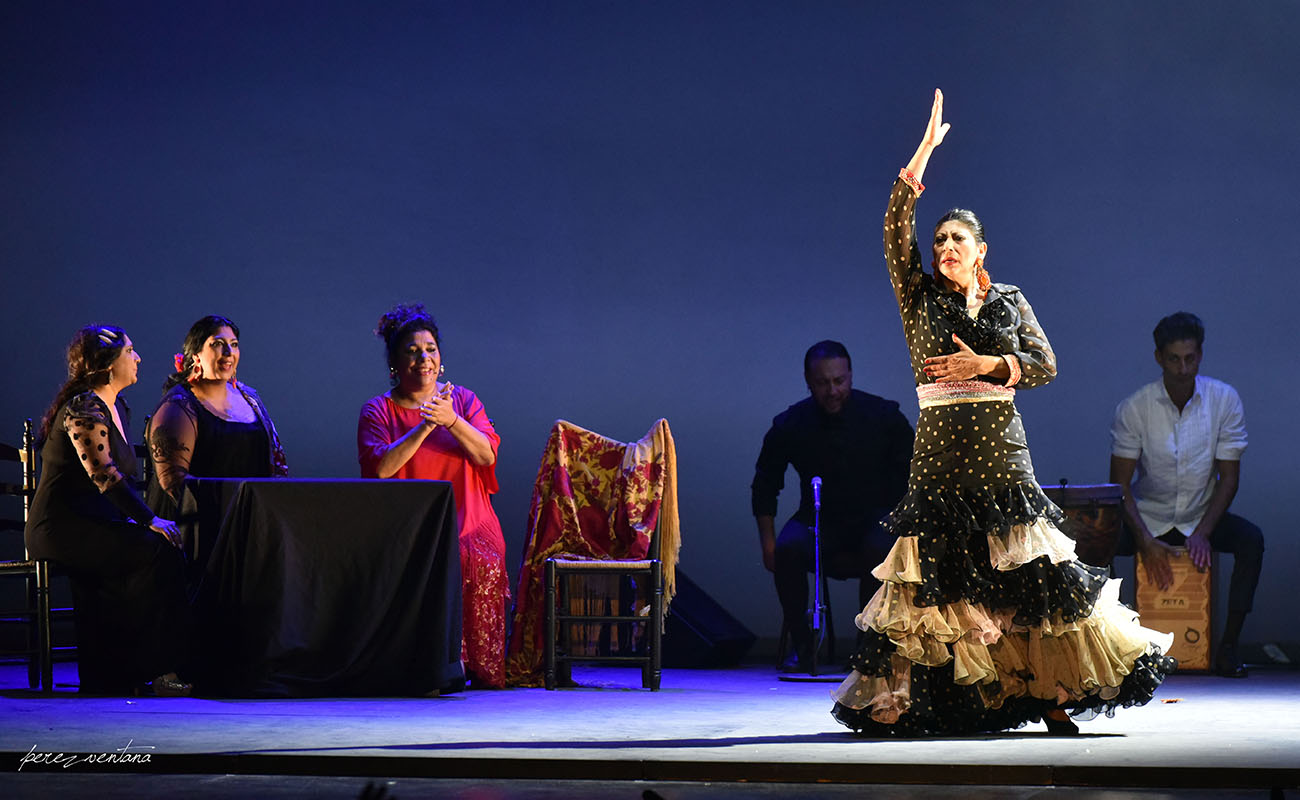