Last Monday, a bust of the late Manuel Molina was unveiled in the courtyard of the new premises of the Fundación Cristina Heeren in Triana, on the long and narrow Pureza street. I was invited by his brother Jesús, but I had inescapable commitments and it was impossible for me to attend. On May 19th will be the third anniversary of the death of 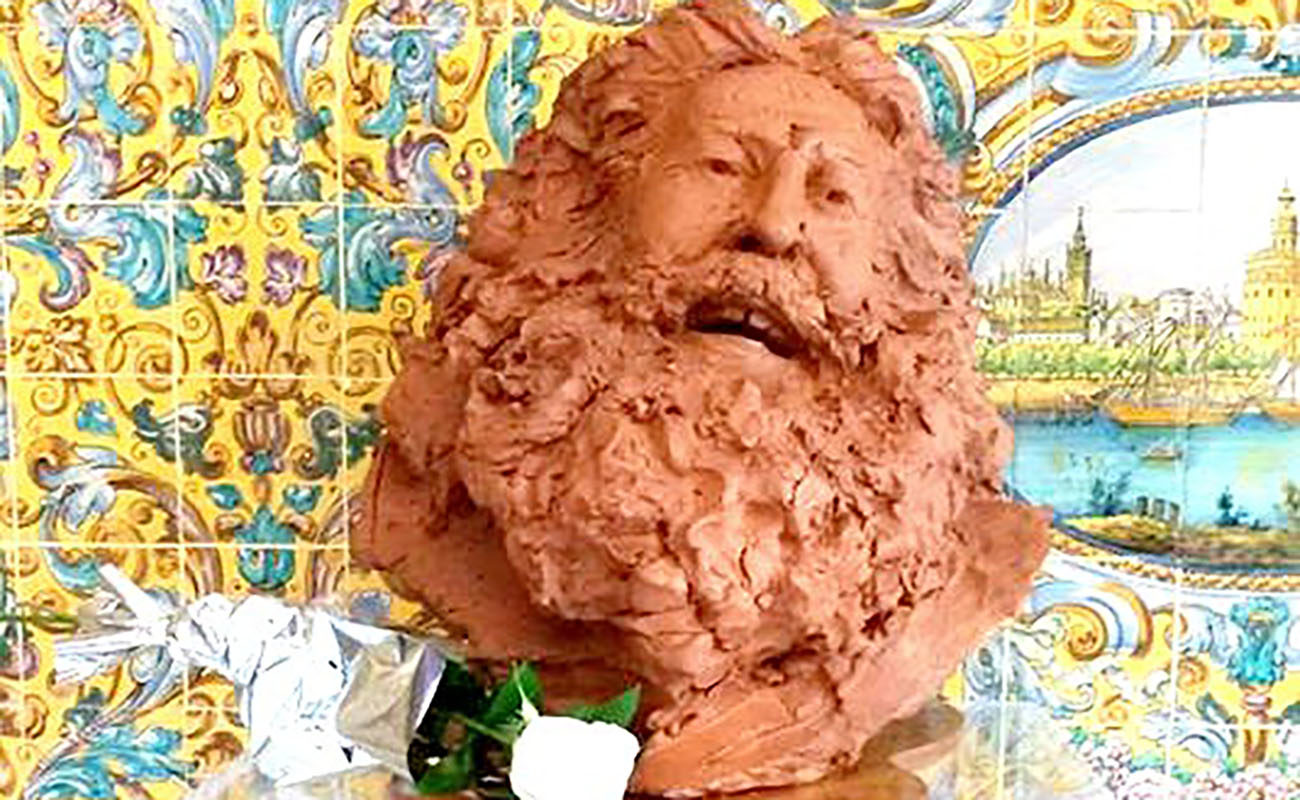 Last Monday, a bust of the late Manuel Molina was unveiled in the courtyard of the new premises of the Fundación Cristina Heeren in Triana, on the long and narrow Pureza street. I was invited by his brother Jesús, but I had inescapable commitments and it was impossible for me to attend. On May 19th will be the third anniversary of the death of Molina, one of the most influential and charismatic flamenco musicians of the last few decades.

I don’t think it was important to unveil a bust of Manuel in the courtyard of an academy, because he was more the type who wandered the streets, spending his time in taverns chatting about flamenco, but this wasn’t a bad gesture, either. I haven’t been to the new premises of this flamenco foundation yet, so perhaps that’s another reason for me to pay a visit. Incidentally, Seville’s Town Hall awarded to City Medal to Cristina Heeren, a very well-deserved accolade, without a doubt, but it hurts a little that this award was granted to someone from outside, instead of to any of the numerous local people who have worked and still work hard in behalf of our art. I’m sorry, but I had to say this, despite my deep personal admiration for this woman who is so flamenca.

Every time I go to Triana (something I do whenever I can, although I live far from this district), I clearly imagine Manuel Molina walking on Betis, Altozano or Pagés del Corro streets. Seeing Manuel walking on some of these iconic streets in this old neighborhood was comforting, and even as he died three years ago, I want and need to keep seeing such endearing image in a district which is losing its flamencos, not just its Gypsies.

Manuel was concerned with everything to do with Triana, even as he was born in Ceuta. Just like El Fillo, Faíco or his mother La Josefa, Manuel wasn’t born in that district, but he arrived there as a child and became a trianero. His music was the music of Triana, that new Triana which flourished in the 1960s, after expulsion of poor people which took place in the 1950s (although Ricardo Pachón insists in talking about an “elimination of Gypsies”, clearly manipulating history).

One of the things that Manuel was particularly worried about was that time would erase such a rich flamenco past. He marvelled when we walked around Triana and I showed him the places where famous artists had lived or were born, such as El Fillo, Juan and José el Pelao, Francisco la Perla, Faíco, El Pancho (with his tavern on Cava Nueva), La Andonda, Ramón El Ollero or Fernando el de Triana. Let’s hope that the Fundación Cristina Heeren one day decides to tell the history of flamenco in Triana, besides continuing it’s teaching, since no one else is doing it.

It’s unbelievable that a district with so much history, one of the main cradles of flamenco, doesn’t have a flamenco archive center or a good book about its artists yet. The director of the Fundación Cristina Heeren de Arte Flamenco tried writing it but failed. That was also the case of Ángel Vela. Sadly, while Triana has given us great artists, it has terrible flamencologists.

Let’s hope that, one day, the bust of Manuel Molina which was put in this Foundation faces a room where academics can study flamenco documents. That would be a great tribute to Manuel and to all those who created this wonderful thing called flamenco, and who died without never being honored in any way.