I was lucky to become a cante aficionado at a time of great stars and some revolutionary artists, in the 1970s. Antonio Mairena was the leading cantaor at that time, if not the leading one, although this is always very subjective. 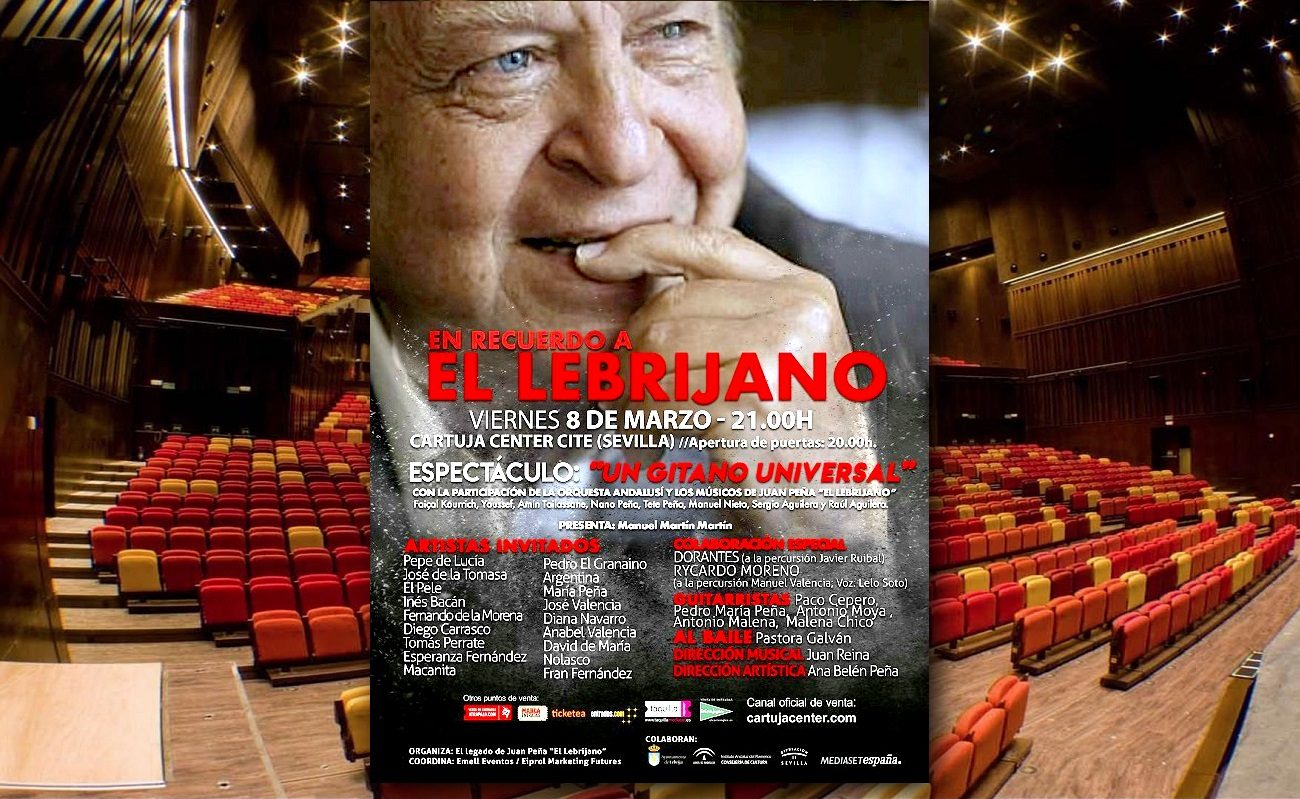 I was lucky to become a cante aficionado at a time of great stars and some revolutionary artists, in the 1970s. Antonio Mairena was the leading cantaor at that time, if not the leading one, although this is always very subjective. As the cantaor from Córdoba, Juan de Juanes, would say, the best is whoever we like best.

From those days I remember with particular fondness and emotion Juan Peña Fernández El Lebrijano, son of María Fernández Granados La Perrata. At that time Juan was about 30 years old and he was strong as a horse. Yet, it wasn’t just strength, but his essence and compás, besides the fact he followed a good school. Clearly a follower of the precepts of Antonio Mairena, who was one of his main role models at the start of his career, what I liked most about him was that he was able to convey the flavor of the landscape, something that Mairena considered a sign of flamenco purity. Juan was from Lebrija and he had the flavor, scent and sound of Lebrija. Also that of Utrera, the land of his mother, sister of the great Perrate, who in my opinion has been the best cantaor of that town.

Juan El Lebrijano (b. Lebrija 1941, d. Sevilla 2016), who started his career as a guitarist, had always been a bit rebellious, like all revolutionary artists. He was a revolutionary too, just like Morente and Camarón. I don’t know if you’ve ever noticed this, but each of these three geniuses was influenced by different sources, those closer to them, and also by the great classics of cante flamenco: Pastora and Tomás Pavón, Mairena, Caracol… Juan’s closest source was Lebrija. “My base is Lebrija”, he told me the last time I talked with him, not long before his death. He died without renouncing that base, even as he tried other things and was influenced by other sources, from flamenco or otherwise.

I think it’s a wonderful idea to create a foundation in his name with the mandate of analyzing, preserving and promoting his legacy, as he left us a great legacy, an impressive discography and a very personal way to understand and conceive cante. As a fundraiser for such venture, a great flamenco festival will be celebrated in a new venue of Seville, the Cartuja Center, which will take place on March 8th, with a great lineup by artists such as José el de la Tomasa, Pepe de Lucía, El Pele, Diego Carrasco and José Valencia, among others.

The best way to keep the artists’ legacies alive is taking care of their works, what they leave us after they pass away. Lebrijano not only sang traditional flamenco with an incredible freshness, but also contributed new ideas and opened unexplored paths that are now being followed by many young artists. He showed the way, as Silverio, Chacón, Manuel Torres, Pastora de los Peines, Marchena and Caracol did before him. I won’t say “without meaning to compare them”, because Juan was so great that he’s totally worthy of being mentioned together with this group of revolutionary geniuses.

Let’s hope that the project to create this foundation which will have his name succeeds so that this master can be properly studied, in behalf of his legacy and of cante flamenco in general.