Last Monday, the 10th, it was the fourth anniversary of the parting of the great guitarristafrom Jerez, Manuel Moreno Junquera, known as Moraíto Chico, who died of cancer in the flower of his life. No one accepted his death, especially in Jerez, his town, where if you wander its narrow cobbled streets, it feels as if you may come across 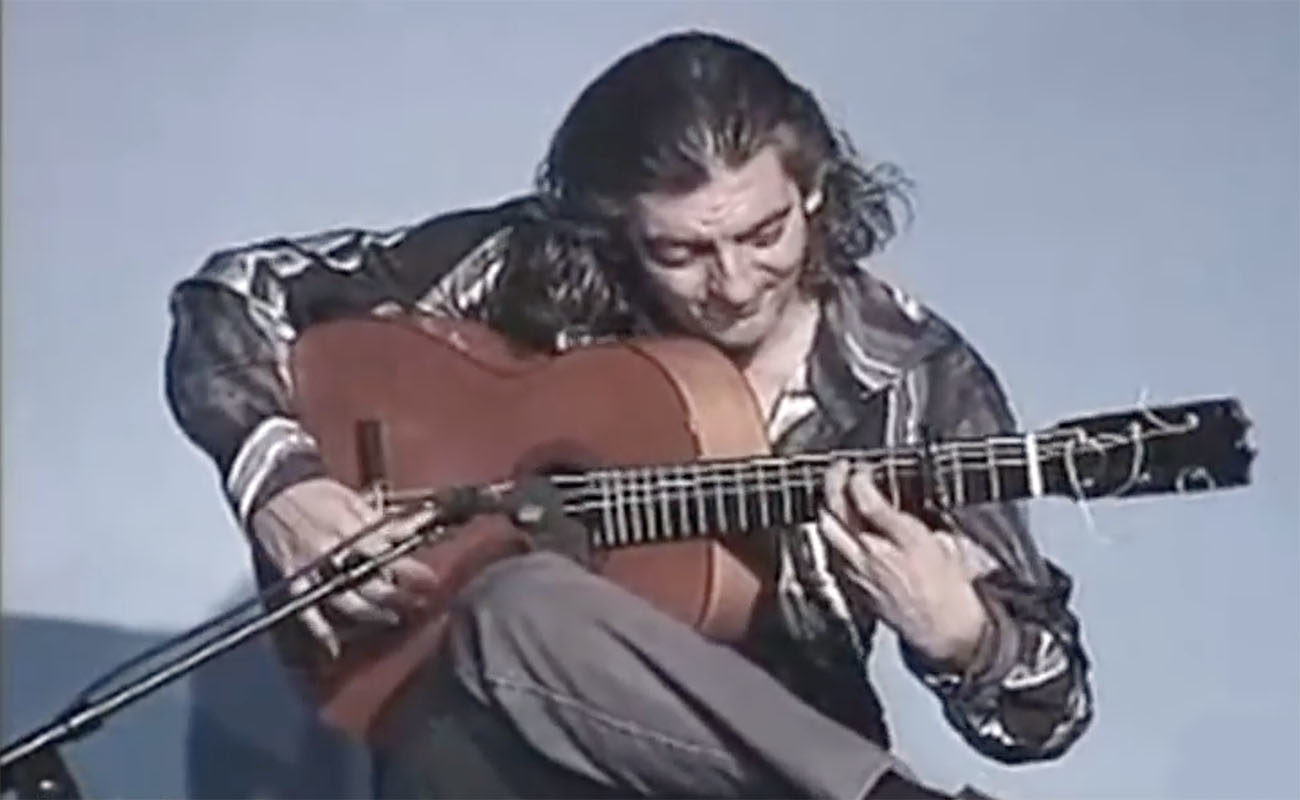 Last Monday, the 10th, it was the fourth anniversary of the parting of the great guitarristafrom Jerez, Manuel Moreno Junquera, known as Moraíto Chico, who died of cancer in the flower of his life. No one accepted his death, especially in Jerez, his town, where if you wander its narrow cobbled streets, it feels as if you may come across him at any time walking with El Chícharo, or with Fernando el de la Morena, laughing with that smile of him that illuminated the whole of Barrio de Santiago at night. Jerez de la Frontera never buries its artists, even as it cries for them the day they pass away. Moraítois still alive, as alive as Fernandito Terremoto, Luis de la Pica and El Torta, the most recent departures. Flamencostalk about Morao*as if he had never passed away. Not long ago, I was having drinks in Jerez, and at every new round someone would ask the waiter to also fill up Morao’s glass, and the waiter would duly comply.

I have never seen this in any other part of Andalusia, perhaps because Jerez is the only place in the area where artists meet each other on a daily basis to drink, sing, dance and play guitar. And to talk about flamenco, about cante, about Terremoto, about Mojama, about Isabelita, about Chacón, about Torres and about Gloria. And when they talk about Moraíto, they do so with joy, without shedding tears, because on that fateful 10thof August only his body left us. This is why when you go to Jerez you’ll have that feeling that you may come across him at any time on the street or when entering any tavern in Barrio de Santiago or in the Plazuela. This only happens with the charismatic flamencos, and he was one of them. And besides being a charismatic artist, he was a human being of incredible quality and tenderness. “Un cacho de pan bendito”, a blessed piece of bread, like we say here in the southern Spain. Great but humble. Generous but not rich. Loyal to his friends, a good pal to his pals. No one stays here after death unless they are like that, like Moraíto. And there is his work which, while not extensive, is and will always be a reference of pure flamenco. No one ever played with the Jerez feel like Moraíto did. No one transported us in time like he did, without coming across static. No one got the compásbetween flesh and bone like the son of Juan Morao, the brother of Don Manuel. No one made you hold your breath at every note, at each accord, or in each of his delightful and very gipsy falsetas. He was never a prodigy of technique, although he was not lame either. He was conscious that his toquerepresented a school that was never outstanding in the technique of the conservatory, the school of Jerez, the school of Javier Molina, which was colored purple and gold with the Moraos. Thanks God, Moraíto didn’t really leave us.

*Moraíto is the diminutive, endearing form for Moraowhich in turn is an informal spelling for morado, literally meaning “purple”.