The topic of women in flamenco is at its peak. I cannot conceive flamenco without women, and it would be senseless even trying to disregard the value of all that women have contributed to this art through its history, not only the artists but also aficionadas, writers and researchers. 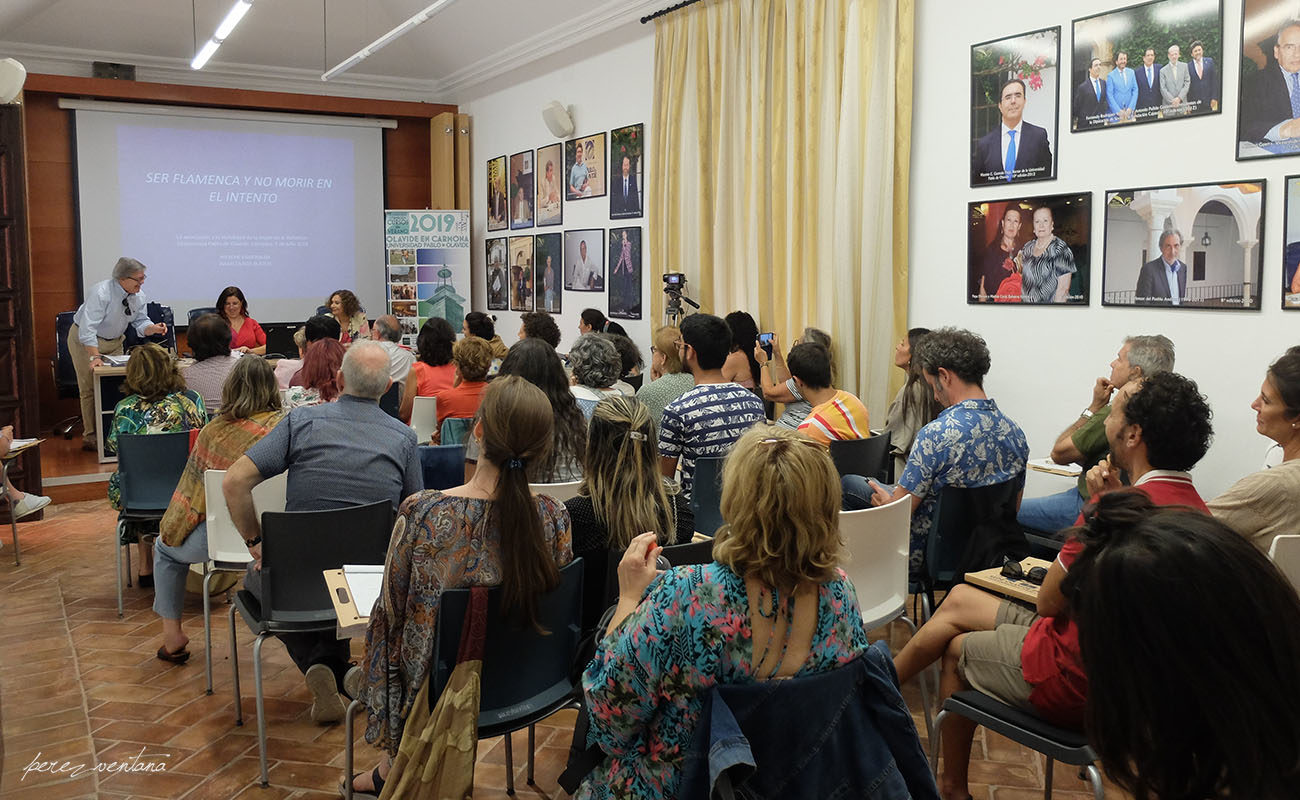 Yesterday, July 5th, my colleagues in ExpoFlamenco, Luis Pérez and Quico Pérez-Ventana, attended the Summer Courses of the Pablo de Olavide University, in Carmona (Seville province), where Merche Esmeralda and Inmaculada Bustos were going to speak about something related to the course, the role of women in flamenco. One of the participants, Ángeles Cruzado, was surprised to see them there because, as she told them, in ExpoFlamenco we’re not very enthusiastic about the flamenco feminist movement, but that’s not true.

It’s me, and not the website, who questions certain aspects of this movement. It’s true that I’m the website’s content director, but all contributors have the freedom to express their opinions, as it’s the case with Luis Pérez, and also to go where they please, as it was the case yesterday. I was invited, but I didn’t attend for two reasons: because I’m still unable to walk, and because I will never go to a course about women in flamenco where men are left out. And whose director, Ildefonso Vergara, stated to the media that “flamenco was a world of men”, while this isn’t true. Flamenco has never been an art belonging exclusively to men. It’s not so in our days, and it will never be.

In ExpoFlamenco we provide information as well as opinions, and there is total freedom for both things. Thus, it’s unacceptable that Ángeles Cruzado would feel surprised to see in this course Luis Pérez and Quico Pérez-Ventana. They attended, indeed, because it was an interesting course, and we are interested in every course promoting flamenco. We are a website deeply committed to this art and a trusted reference in information and opinion about flamenco. A website where an article by Ángeles Cruzado about the role of woman in flamenco was published — at my request, incidentally — because she is an expert in this topic. She wrote what she felt like, and we didn’t change anything at all because here we respect everyone’s opinion, particularly those of our contributors.

The topic of women in flamenco is at its peak, it’s current events and we provide information and also opinions. We may certainly have made mistakes sometimes, but our readers can be sure that it would only have been that, honest mistakes, without any attempt to manipulate or to silence anyone’s opinion. I cannot conceive flamenco without women, and it would be senseless even trying to disregard the value of all that women have contributed to this art through its history, not only the artists but also aficionadas, writers and researchers.