Fortunately, flamenco conquered the world many decades ago, and it doesn’t make sense that we feel surprised that a good flamenco festival has been created in a city like Pamplona. Let’s celebrate this with compás. 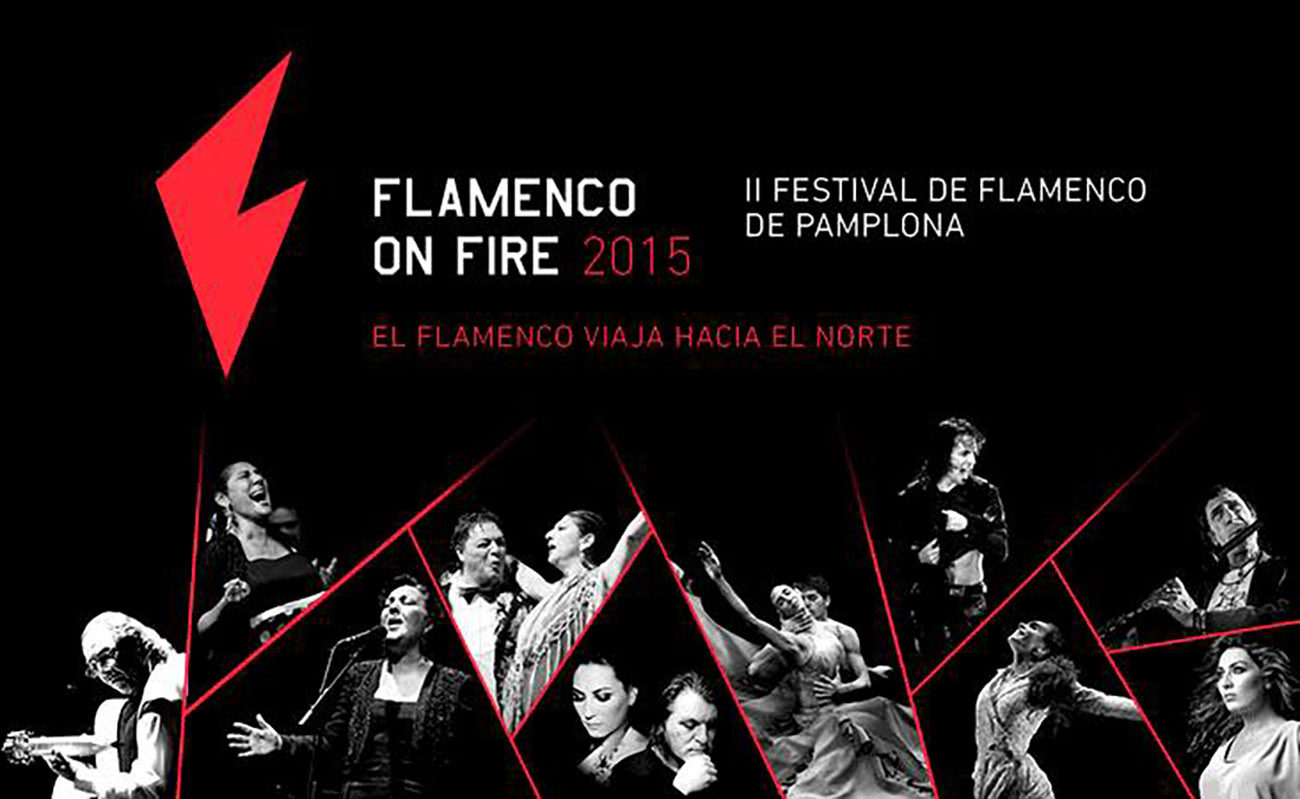 Last year when “Flamenco on Fire” was created, the first flamenco festival in the city of Pamplona, some people in the national media were quite surprised, wondering what was that, a flamenco festival in Pamplona, of all places. There is still a belief that the jondogenre is an art exclusive to Andalusia, yet we know this is not the case, even as flamenco was born here in Andalusia, and its main artist were and are Andalusian. Specifically from Lower Andalusia, that is, Seville and Cádiz. Jerez is a world apart, but it’s also in the province of Cádiz. We cannot forget the importance of Málaga, which in the XIX century wasn’t only the cradle of great artists of cante,baileand toque, but also the center of flamenco movements, with their celebrated cafés. We cannot forget other cities like Córdoba, Granada, Almería or Huelva, and even Jaén. Not to mention Extremadura, especially Badajoz, or the historical importance of great cities such as Madrid or Barcelona. In the XIX century, all in Spain were flamenco aficionados, and flamenco artists strolled theatres and cafés everywhere, as we can see from the media archives of that time.

Pamplona has certainly never had a strong flamenco tradition, even as it was there where the greatest guitarist of his time was born: Sabicas, one of the fathers of flamenco guitar. It’s in his honour that this very successful festival has been created. A success that amazes many in Andalusia, and that amazes many in the national media, which, incidentally, continues to ignore the great Spanish music, such as flamenco. Andalusian music then, if you wish. Anyways, not only a flamenco festival has been created In Pamplona, but a goodflamenco festival at that, with good criteria and a cultural sense that is absent here in the land which gave birth to this art. It’s unacceptable that we continue being so backwards and uncouth, not recognizing in Andalusia the true value of this great venture in Pamplona, which is wonderful for flamenco, for Sabicas, for Andalusia and for Spanish music.

I admire those who have achieved this, as I also admire those who have succeeded in giving our art a place in Valladolid, in Zamora, in Ávila, in Bilbao, in Valencia, in Barcelona, in Madrid – which has always had a place for flamenco – in Murcia or in Burgos. Because that means not just a recognition for this art, but also work for its true protagonists, the artists of cante, baileand toque. Also for the critics, the flamencólogosand the artists’ representatives. Fortunately, flamenco conquered the world many decades ago, and it doesn’t make sense that we feel surprised that a good flamenco festival has been created in a city like Pamplona. Let’s celebrate this with compás.