Pastora and the 3rd Golden Key of Cante

Pastora wasn’t awarded the Golden Key of Cante, but was honored in Córdoba, although not in Seville. A statue of her was eventually erected at La Alameda de Hércules in 1968, with Mairena as one of the organizers, but Pastora’s health had deteriorated and she didn’t seem to understand what was going on. 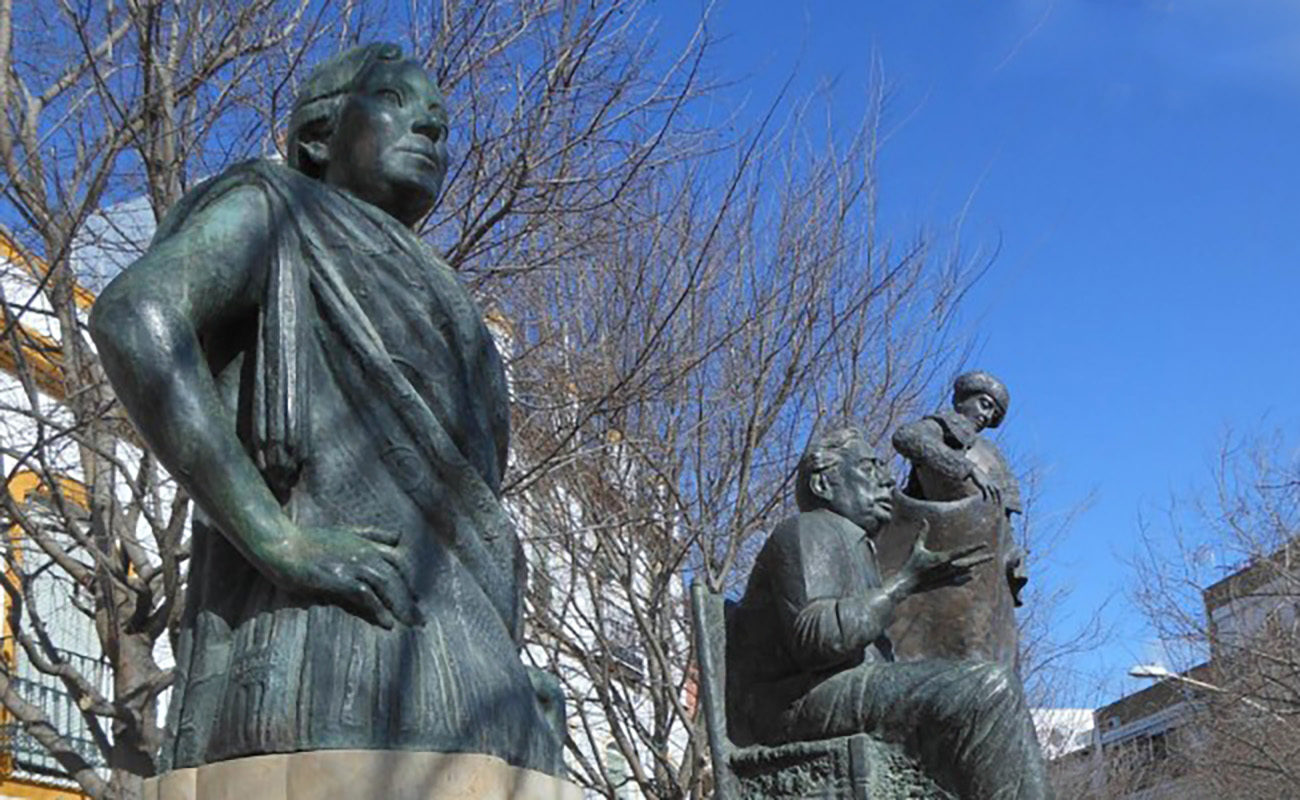 No woman has ever been awarded the Golden Key of Cante, which has only been granted, in their lifetimes, to El Nitri, Manuel Vallejo, Antonio Mairena and Fosforito. It was also awarded posthumously to Camarón in a rushed decision by the Junta de Andalucía, which copyrighted the award so now it can only be granted by the Andalusian government. Will the sixth Key be awarded to a woman? Time will tell, and currently it is in the hands of the great master from Córdoba, a very well-deserved honor since he’s the leading cantaor of our times, even if he already retired from performing.

In 1954, Antonio Mairena, at the time a second-rate cantaor, said that the only person who deserved that trophy was Niña de los Peines. Little he knew that seven years later, while Pastora was still alive and performing, he himself would be the recipient of the Key, because that was the wish of Ricardo Molina Tenor, the poet from Puente Genil. Ricardo couldn’t award the Key to Mairena just like that, because Antonio wasn’t a leading artist in those days, so he figured he would award it in a contest, the 3rd Concurso Nacional de Córdoba. The only way to award the Key to Mairena and not to Pastora, Marchena, Caracol or Valderrama was through a rigged contest, as was the case of that event in 1962.

Before that episode with the Key, Ricardo and Mairena were already working on the book Mundo y formas del cante flamenco, edited in 1963. They had plenty of time to plan the Key award, but there was a problem: Mairena had stated in a 1954 interview by Juan de la Plata that Pastora was “the only one deserving” the Key. Mairena adored Pastora, and he could have tried to get the Key awarded directly to her, the best cantaora of all times. There was no need for a contest, among other things because that trophy had never been awarded through a contest. So, what happened?

«Ricardo awarded the Key to Mairena at the right time, and he became the boss, dragging along in his project many intellectuals, writers, critics, poets, politicians and artists»

Pastora and her husband, Pepe Pinto, heard rumors that the Key was meant to be awarded to Mairena in the Concurso Nacional de Córdoba. They both got upset about this, because that trophy could have been a fitting retirement gift for La Niña de los Peines, besides being an acknowledgement of the important role of women in flamenco. How could strong-willed Pastora be appeased? An event honoring her was organized in Córdoba in 1961, one year before the Key was awarded to Mairena. Ricardo Molina and Antonio Mairena were the organizers behind that event.

That’s how it was played. It would have been wonderful to award the Key to Pastora in that event in 1961. But Ricardo Molina had already picked his friend Antonio Mairena. Pastora and El Pinto figured out the whole thing, but being honored in Córdoba, with many flamenco stars in attendance and a good organization was also important, perhaps even more so than the award of a trophy that until then hadn’t been all that meaningful, among other things because it hadn’t been awarded since 1926, when it was granted to Manuel Vallejo at Madrid’s Teatro Pavón.

Ricardo awarded the Key to Mairena at the right time. It was the heyday of the summer festivals, the peñas, flamencology, the national flamenco contests and the specialized flamenco critics in the mainstream media. Antonio Mairena, who was a smart guy, jumped on that wagon and became the leading star of non-commercial flamenco. The boss, really, because he was able to drag along in his project many intellectuals, writers, critics, poets, politicians and artists. Everything moved around Mairena and he controlled flamenco like a president controlled a country.

Pastora wasn’t awarded the Golden Key of Cante, but was honored in Córdoba, although not in Seville. A statue of her was eventually erected at La Alameda de Hércules in 1968, with Mairena as one of the organizers, but Pastora’s health had deteriorated and she didn’t seem to understand what was going on. Two or three days later, walking in front of her statue at Pila del Pato, her daughter pointed to the statue and told her: “Look, mom!”. Pastora, thin and frail, wearing dark sunglasses, asked: “And who’s she?”