Yesterday in Lebrija, in the beautiful Peña Flamenca Pepe Montaraz, I sat ten feet away from Alejandra to fully experience her baile. This young artist seemed like a miracle, a living proof that good baile is alive and well

Alejandra Pachón is a 27 year-old bailaora from Madrid and a former student of the Cristina Heeren Foundation who, besides being a very talented bailaora, also writes great articles about flamenco art in our website. I love her maturity, even as she is so young, and particularly her ability to dance without imitating anyone else. She has personality, something uncommon in today’s baile, and is able to perform from the most traditional to the most innovative baile without messing up either style. The first time I saw her dance in a video I was impressed by how refreshing her baile was. I don’t mean her creativity, but her ability to make baile her own, giving it a personal imprint.

Dancing, any musical genre is like painting a canvas with arms or hips. It is even possible to express a landscape, achieving hyperrealism, or reinterpret a horizon, changing what does not look right. Yesterday in Lebrija (Seville province), in the beautiful Peña Flamenca Pepe Montaraz, I sat ten feet away from Alejandra to fully experience her baile. I wanted to see up close how she painted a canvas por seguiriyas, finishing with graceful bulerías as the varnish setting the brushstrokes.

«In a simple, refreshing and harmonious way, Alejandra excelled in a flamenco style that is getting lost. She wrapped herself with the veil of a soleá and danced superbly. A fusion of gestures, poses, replantes and complicit stares with her cuadro and her public» 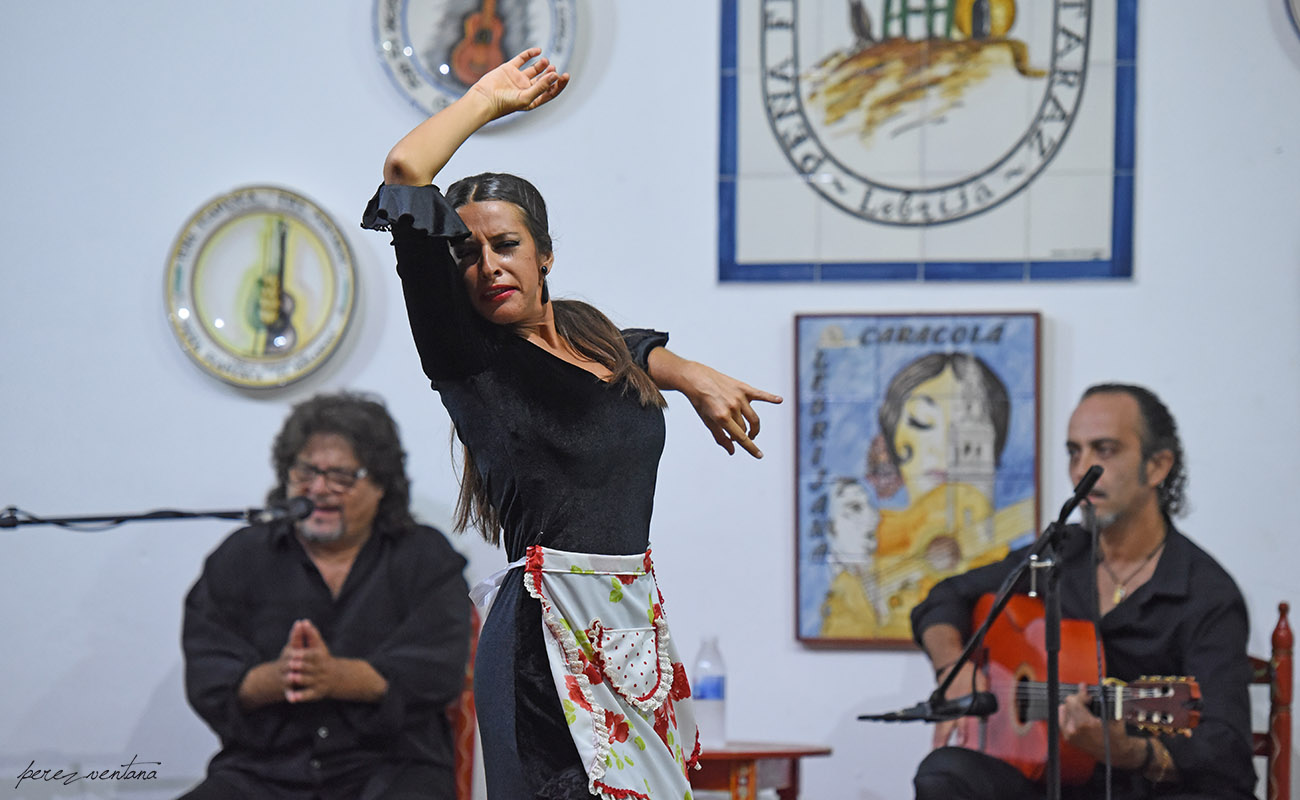 Dressed as flamenca, not as a scarecrow, she seemed to have spent her whole life in the peña’s small stage. Not even Pilar López would have been able to take advantage of that space with so much talent. Every one of her poses, a few perhaps too rehearsed, deserved to be studied closely as a simple, austere but engaging scene. Difficult simplicity, like one wise man once said.

In her first baile, por seguiriya, she seemed too tense and afraid to disappoint, I believe. Yet, as the cante of Luis Vargas El Mono and the guitar of Jesús Álvarez Jesule rubbed on her skin, covered by a beautiful bata de baile with apron, she wrapped herself with the veil of a soleá and danced superbly. A fusion of gestures, poses, replantes and complicit stares with her cuadro and her public. I remembered something that Farruco told me one afternoon when I was at his academy in the Su Eminencia neighborhood: “Dancing is not trying to own baile, but letting baile own you”.

In a simple, refreshing and harmonious way, Alejandra excelled in a flamenco style that is getting lost and giving way to something that seems more plastic than human. If flamenco is not expressed by a sensitive, living flesh that changes color and temperature, it s anything but flamenco. I don’t know if it’s because I was in Lebrija or because the day was ideal to admire beauty, but even as it was not a full performance, this young artists seemed like the beginning of a miracle: the gift of knowing that good baile is here, ready to be taken by someone with talent and make it alive with their heart. 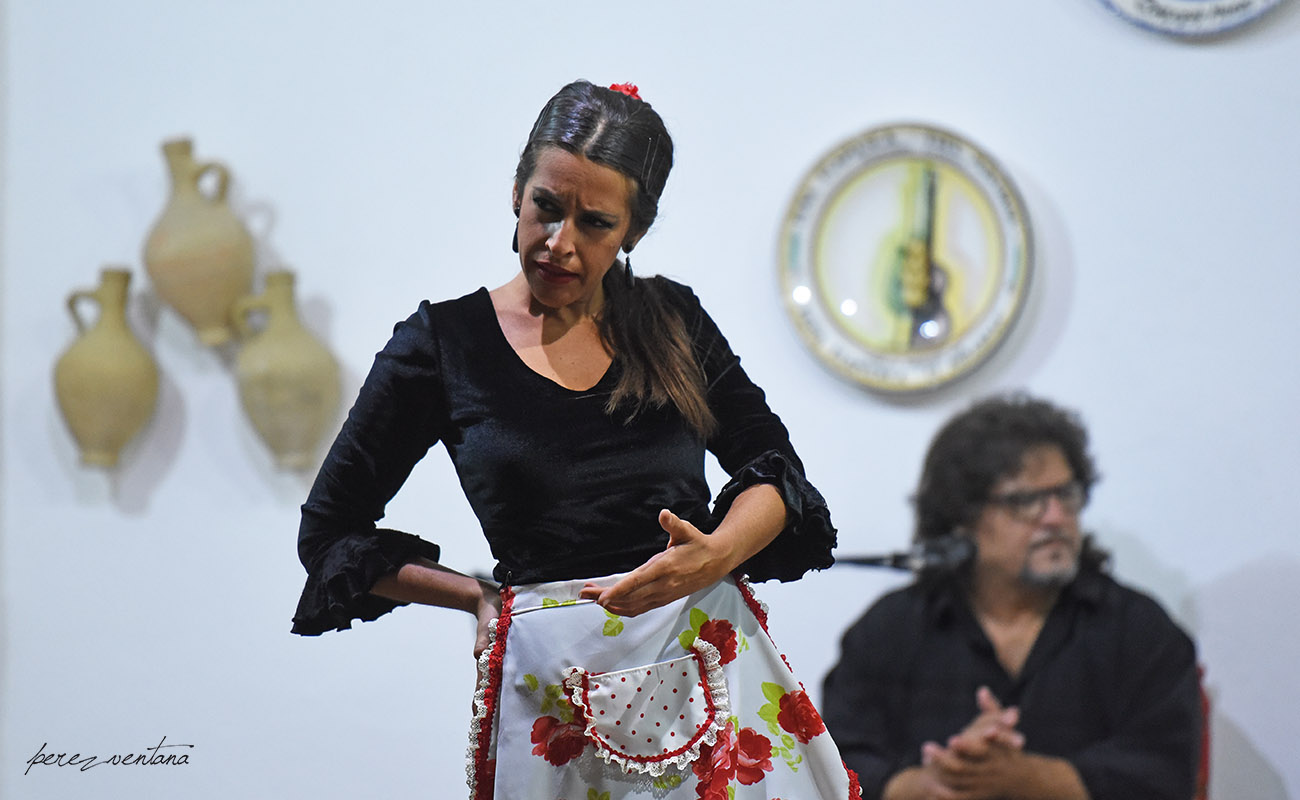 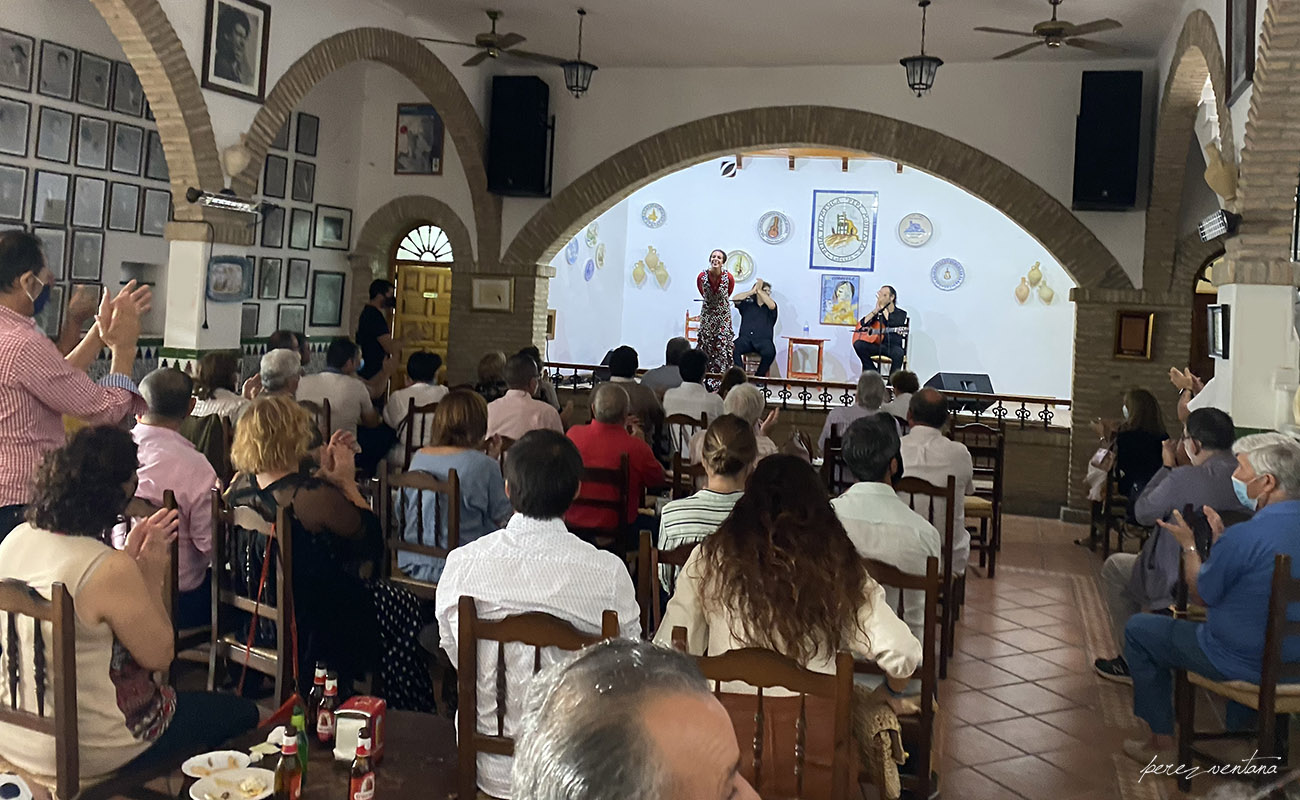