The Festival de Jerez was visited by Shoji Kojima on Tuesday, February 25th, and by Olga Pericet on Wednesday, February 26th. The former succeeded in creating a production of high artistic level focusing on Lorca and Bach, and the latter performed a cosmic voyage in memory of Carmen Amaya 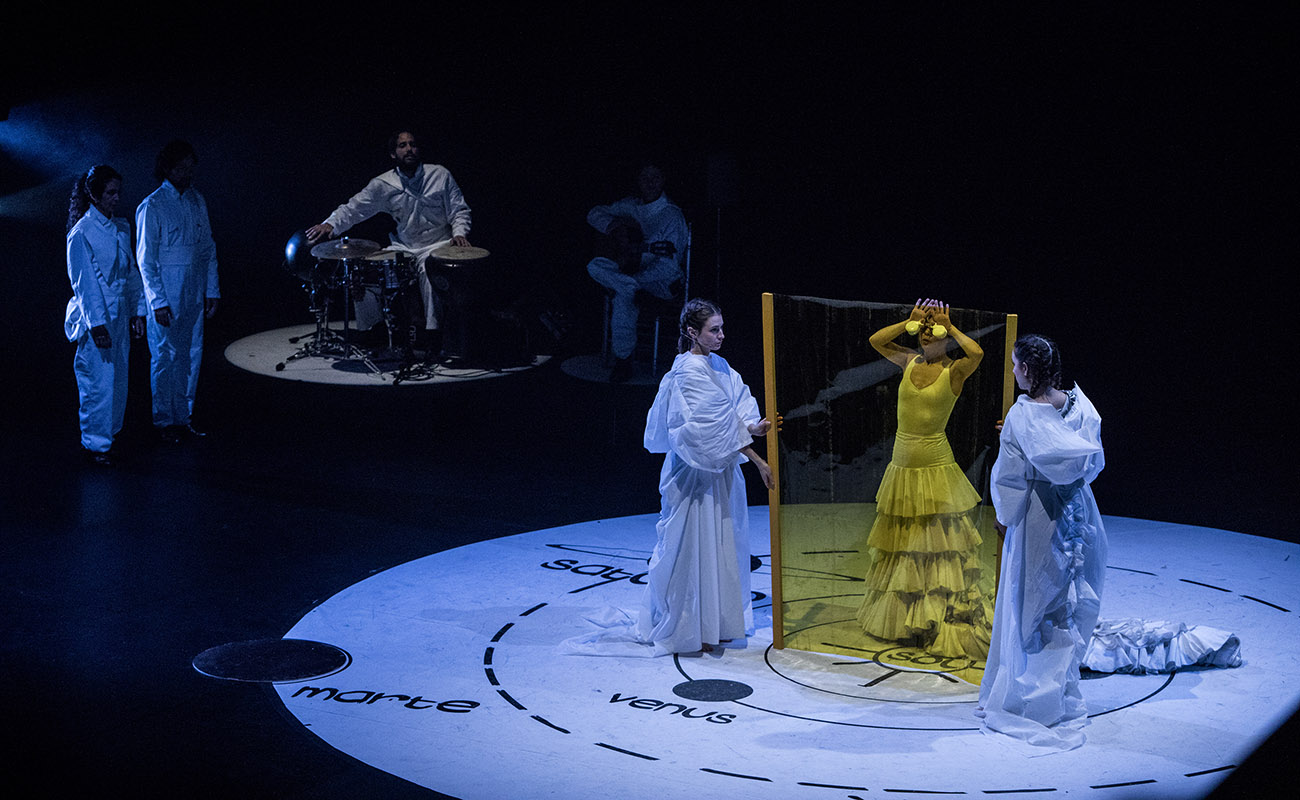 The Festival continues its journey showcasing different generations of baile and its varied and distinct expressive languages. After the Villamarta Theater hosted performances by Rafaela Carrasco, Antonio ‘El Pipa’, Antonio ‘El Farru’ and María Moreno — with the latter’s soleá being the best thing in the festival so far — this iconic venue hosted on Tuesday Shoji Kojima, a veritable living legend of baile in its most universal sense. The Japanese master performed LorcaxBach, a production created by the playwright Paco López — who incidentally created this festival 24 years ago —, choreographed and directed by Javier Latorre.

In this show, with a duration of one hour and a half, Kojima expresses the closeness between the German musician Johann Sebastian Bach and the poet from Granada Federico García Lorca, a feeling of unity sensed by this bailaor when he visited the home where the composer was born. To that effect, he put his trust on a first-rate group of dancers, a prodigious generation who performs baile flamenco, contemporary dance, boleros… true stars. José Maldonado, Christian Lozano, Carmen Coy, Karen Lugo, Ana Latorre, Daniel Ramos, Pedro Córdoba and Vlada Vest comprised the group of dancers, with solo and shared pieces enjoyed by all. Besides, the very high level of this production was in no small measure thanks to the music provided by Chicuelo and Marco Mezquida. Cante was by the always-reliable Miguel Soto ‘El Londro’ and Mónica Navarro, Chicuelo played the guitar, Marco Mezquida played the piano, Martín Meléndez played the strings and Perico Navarro was in charge of percussion. The show was divided it three acts: Las ciudades del alma, Suite Bach flamenco and Arte y geometría del duende. The latter is where Kojima, after a good dose of dance by the younger artists, displayed his special charisma por tarantos.

«When Olga dances, she’s incomparable. There are moving moments of desperation, passion, playfulness…»

The next day it was the turn of Olga Pericet, who journeyed through Carmen Amaya’s DNA. In Un cuerpo infinito (“An infinite body”), she escapes the imitation, the obvious, the earthly, the body and the forms of Carmen, traveling further to find what has previously been unreachable. It’s a hard-to-follow show, due to its pauses and silent moments, a product of the dramatic level of the plot. Olga brings innovation once again to the Festival. Although these days it’s hard to be shocked by anything, it’s true that the customs (astronauts) are far removed from traditional flamenco. In this interstellar journey, we once again could enjoy the delightful cante of Miguel Lavi and Inma ‘La Carbonera’. When Olga dances, she’s incomparable. She shines like a jewel. She knows her trade and uses elements that help us follow the script. The show is a bit long, but there are moving moments of desperation, passion, playfulness… Garrotín, tangos de Triana, farruca were some of the highlights of the evening.

Luisa Palicio and Carmen Herrera performed in other venues. Luisa is from Estepona, but a disciple of the Seville school, while Carmen is from the San Miguel district in Jerez. Both chose to go a step further to become known from a new perspective. In the Sala Compañía venue, Luisa performed Tempus, a non-aggressive confrontation with time as an oppressive element, personified by Alejandro Rodríguez. In this struggle she overcomes all obstacles thanks to a first-rate lineup and well-performed bailes. In this world premiere, we met a bailaora who employs exquisite movements, careful transitions and first-class music in her discourse.

Carmen, in Sala Paúl, went back to her origins to launch La Luz que me alumbra, a tribute to her father, who passed away seventeen years ago. He was the one who encouraged her to perform on stages, from the academy of Ana María López, until she became one of the most renowned artists of Jerez in her generation. On Wednesday afternoon, before her devoted public, Herrera performed styles that are unusual in her repertoire such as tanguillos, garrotín and farruca, while her soleá was the most brilliant moment of the evening together with the cante of José Mijita. The show ended por fiestas, as it often happens in Jerez. 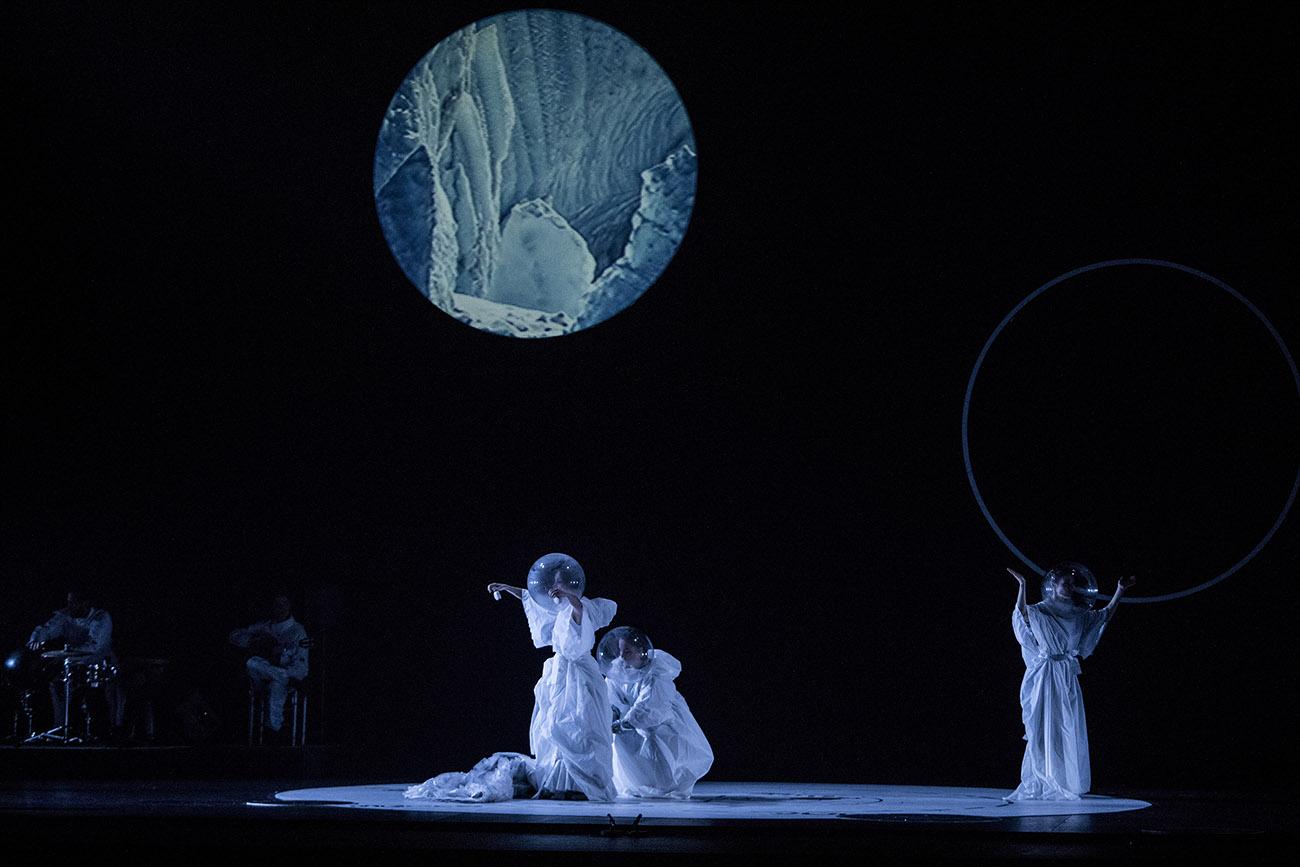 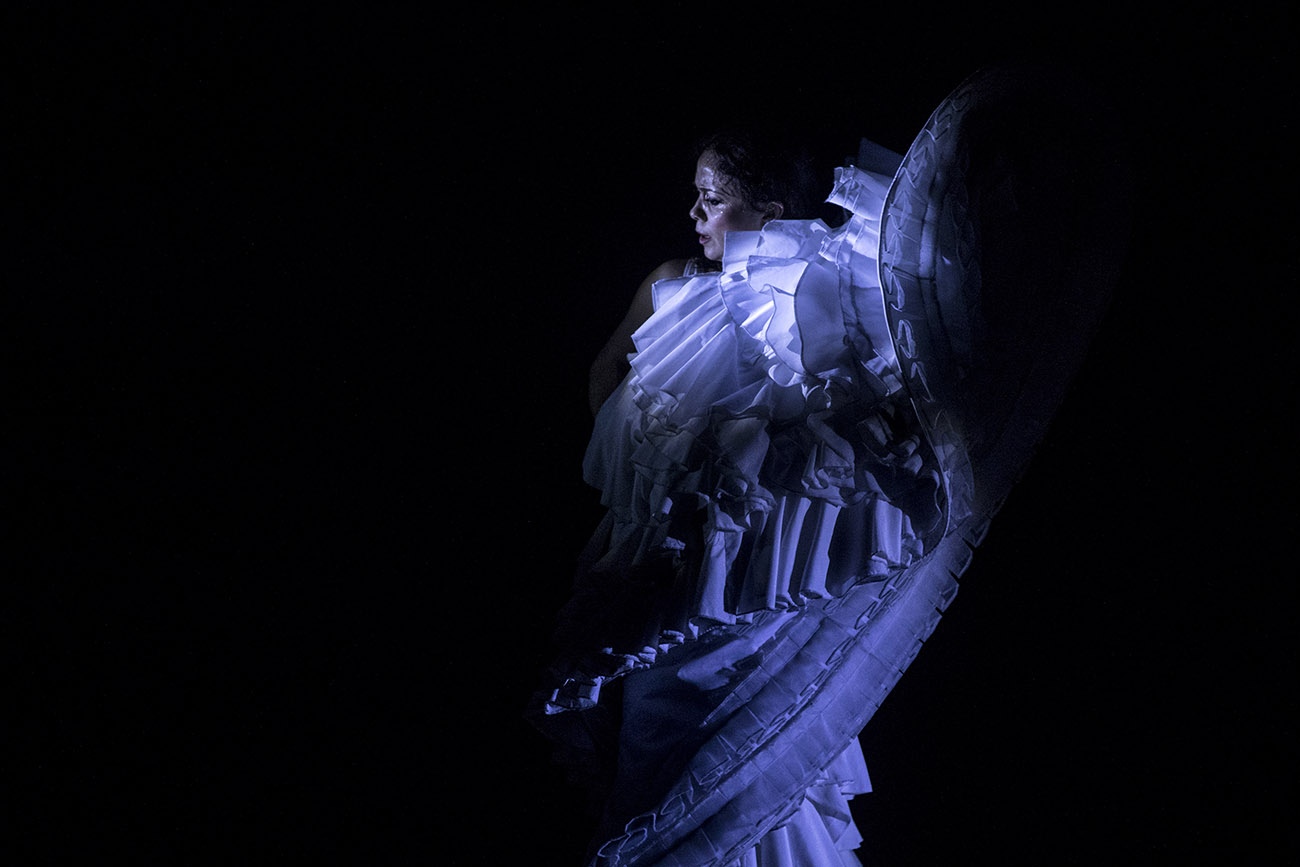 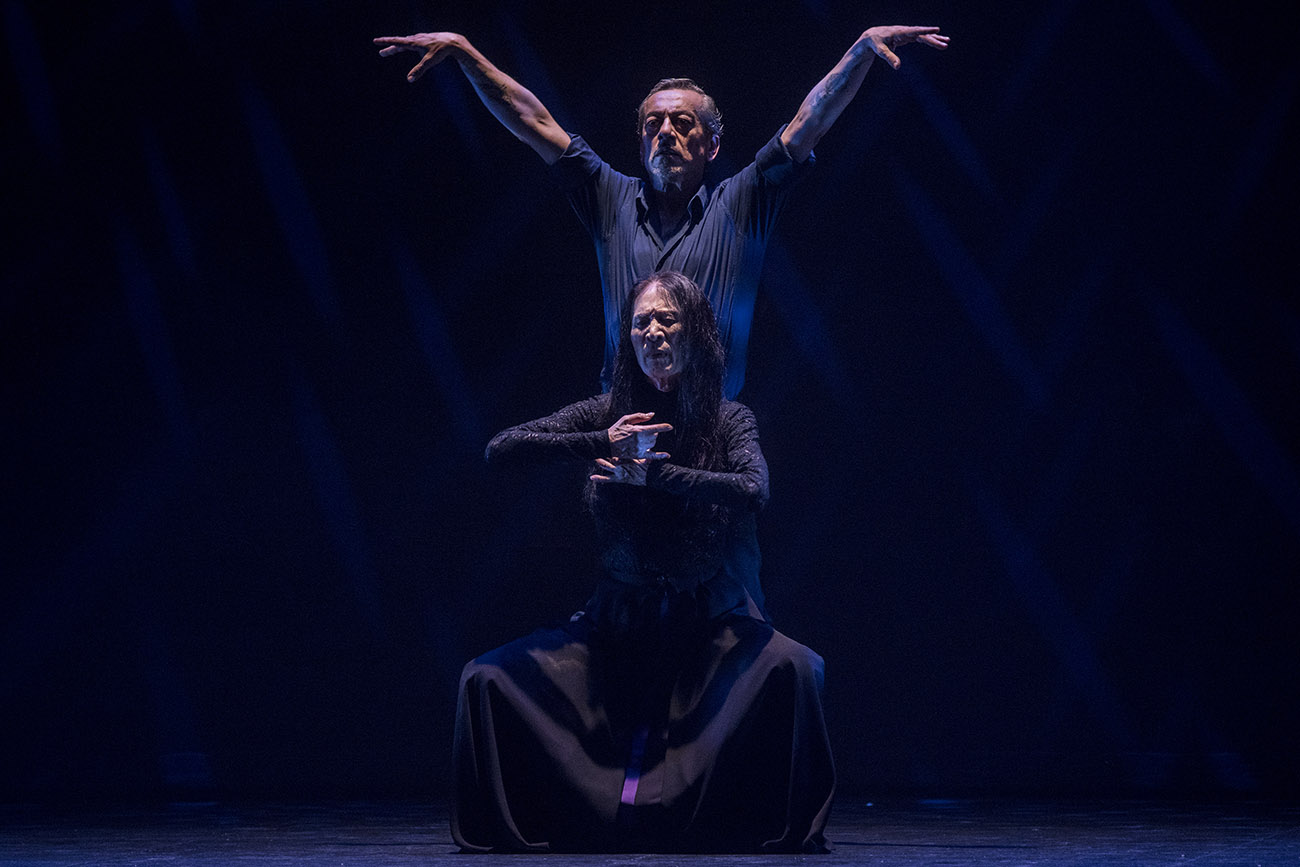 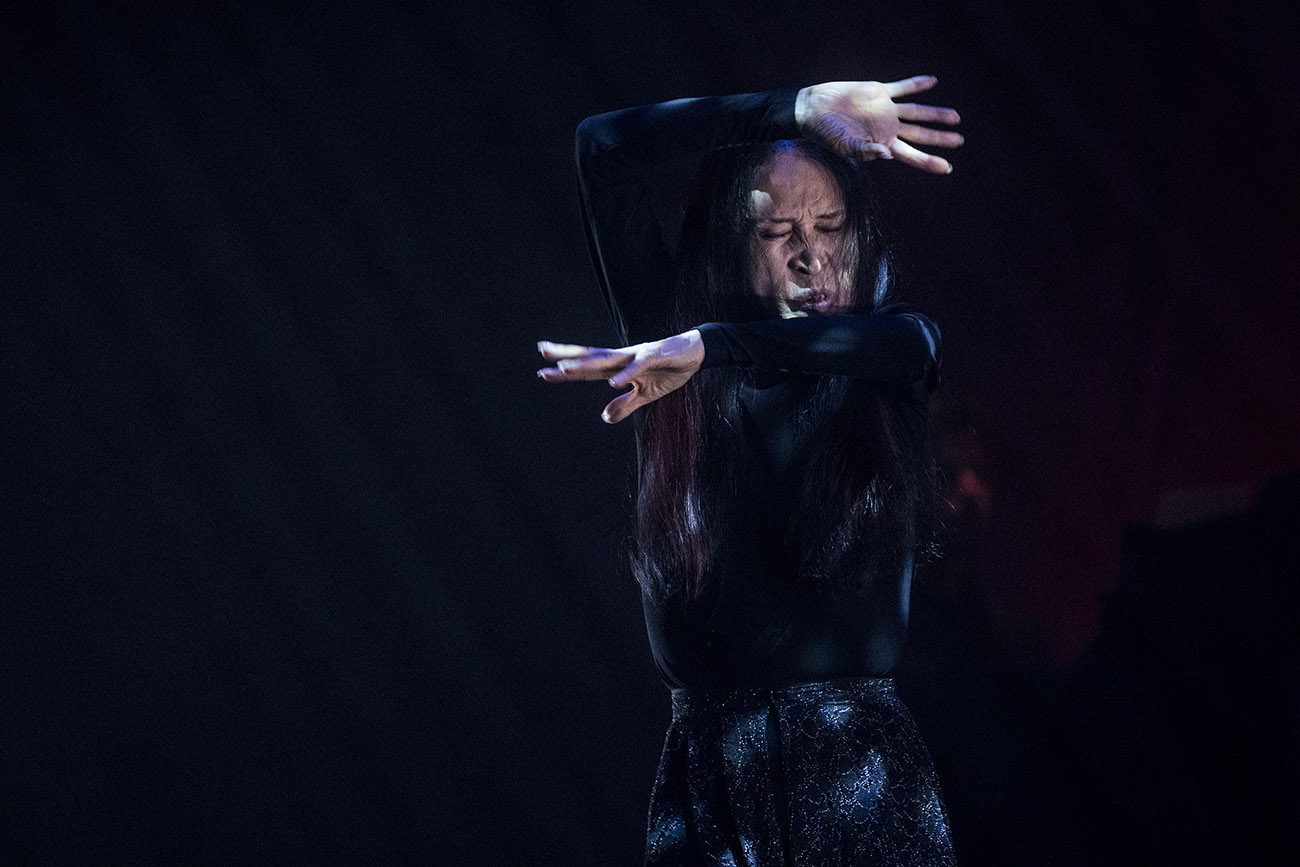 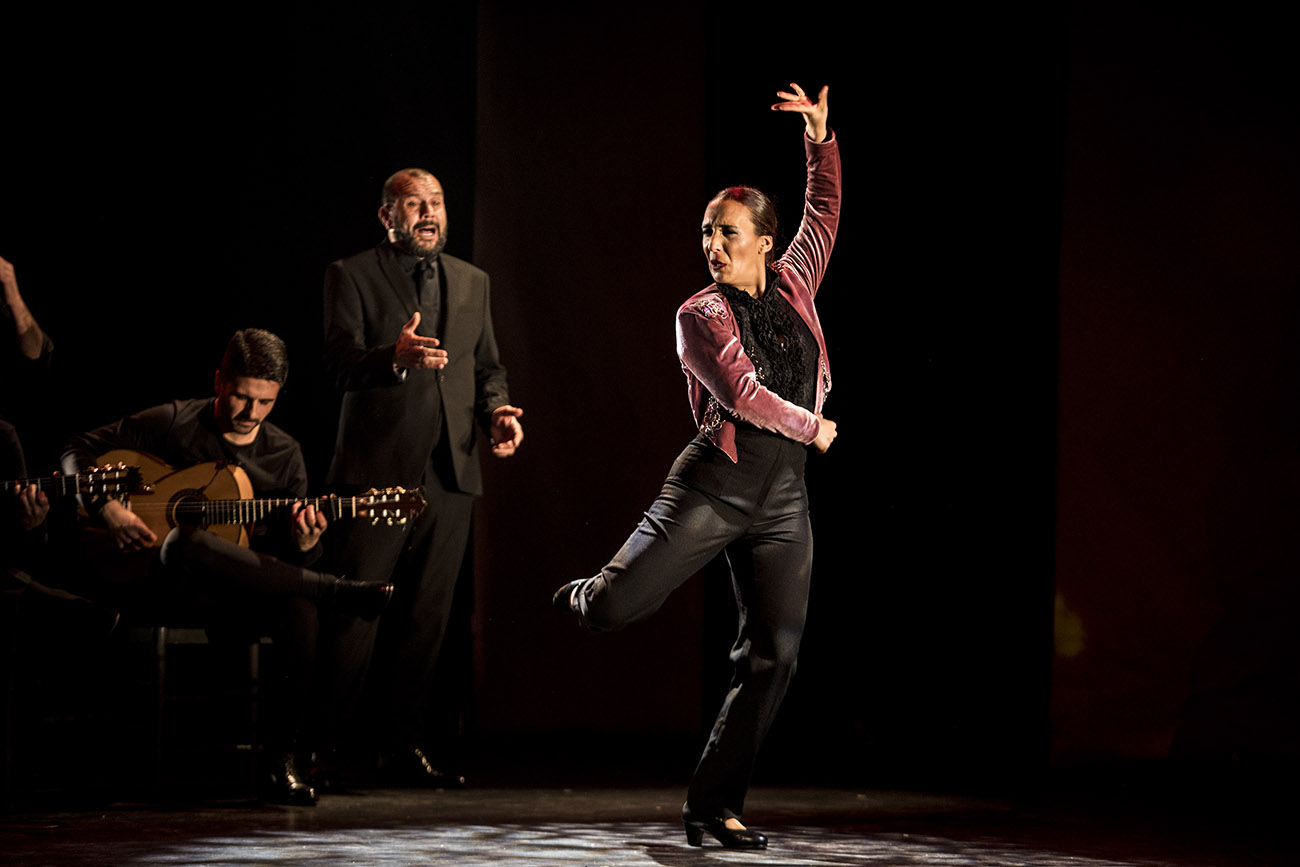 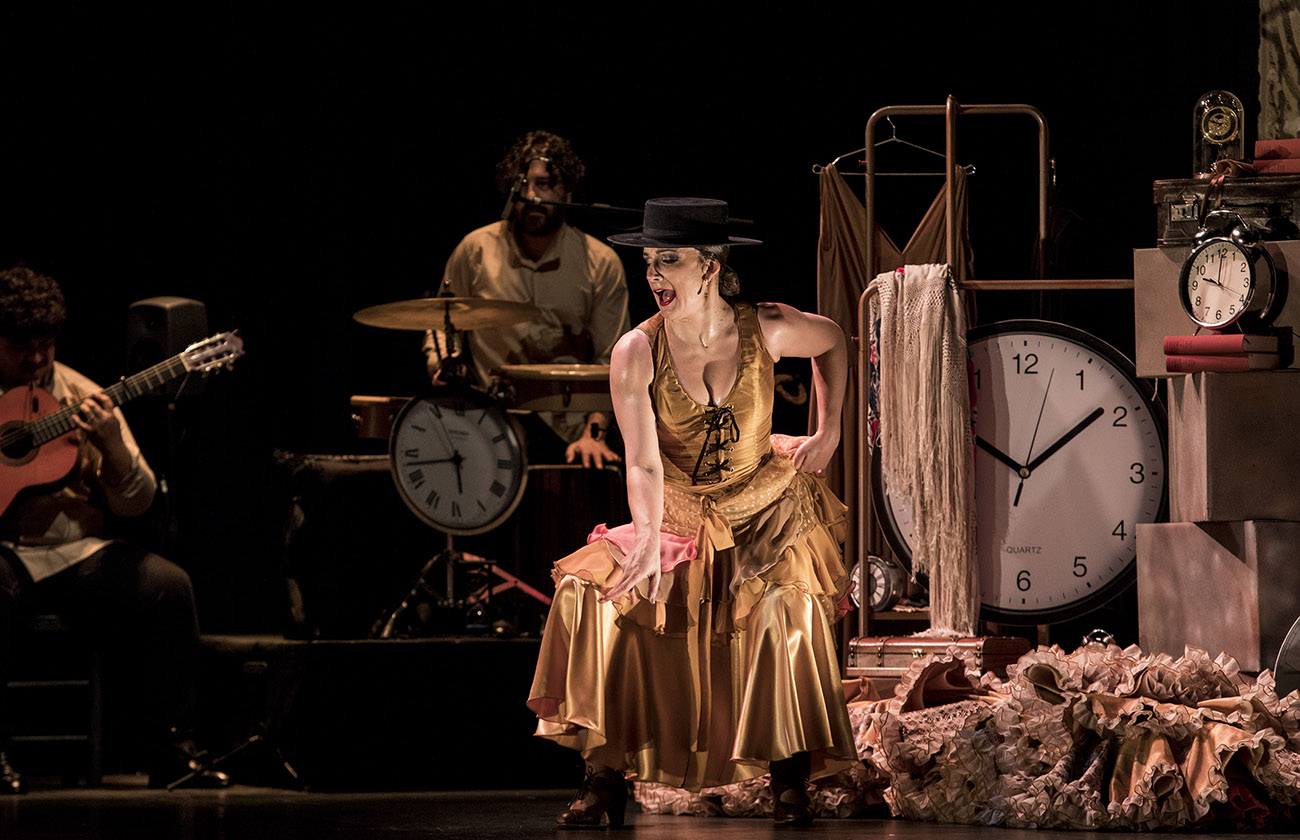 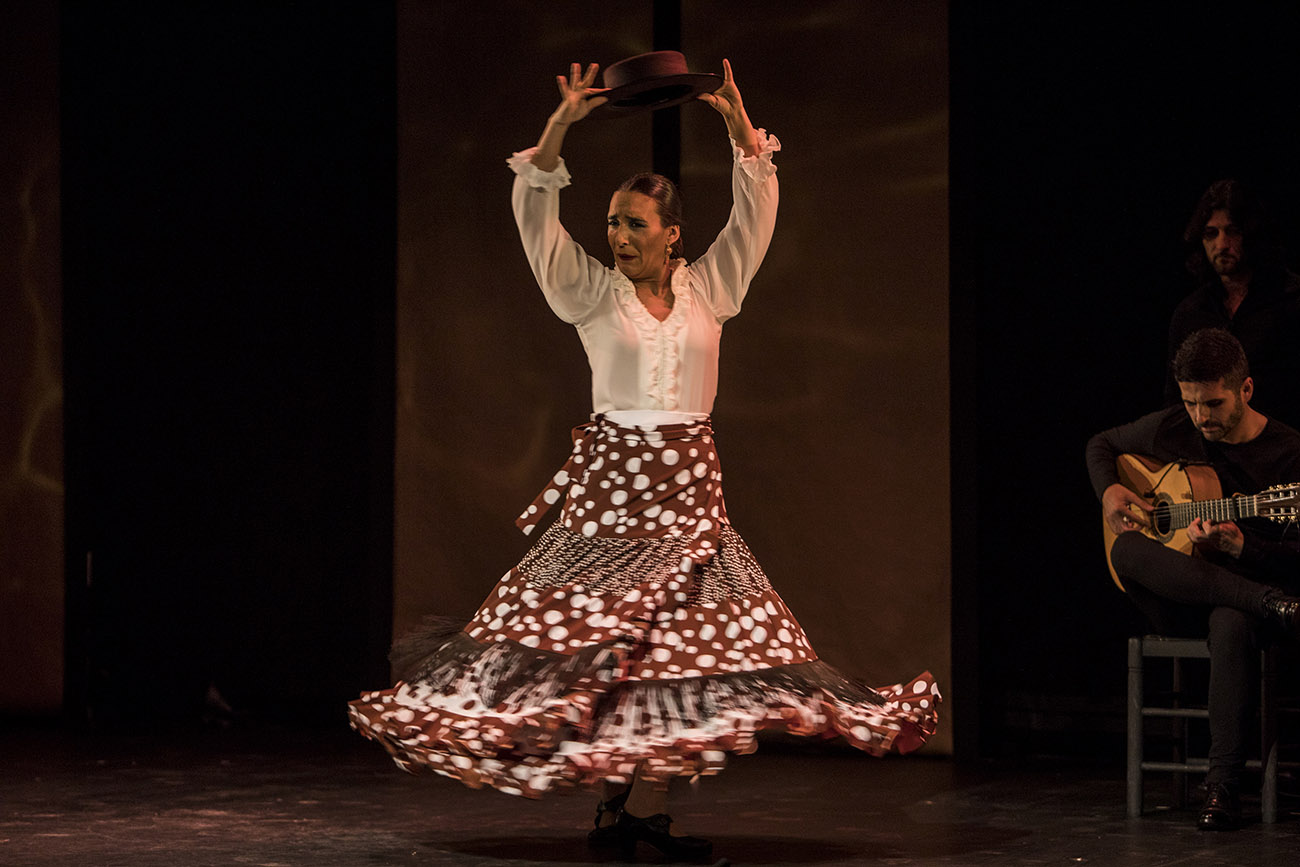