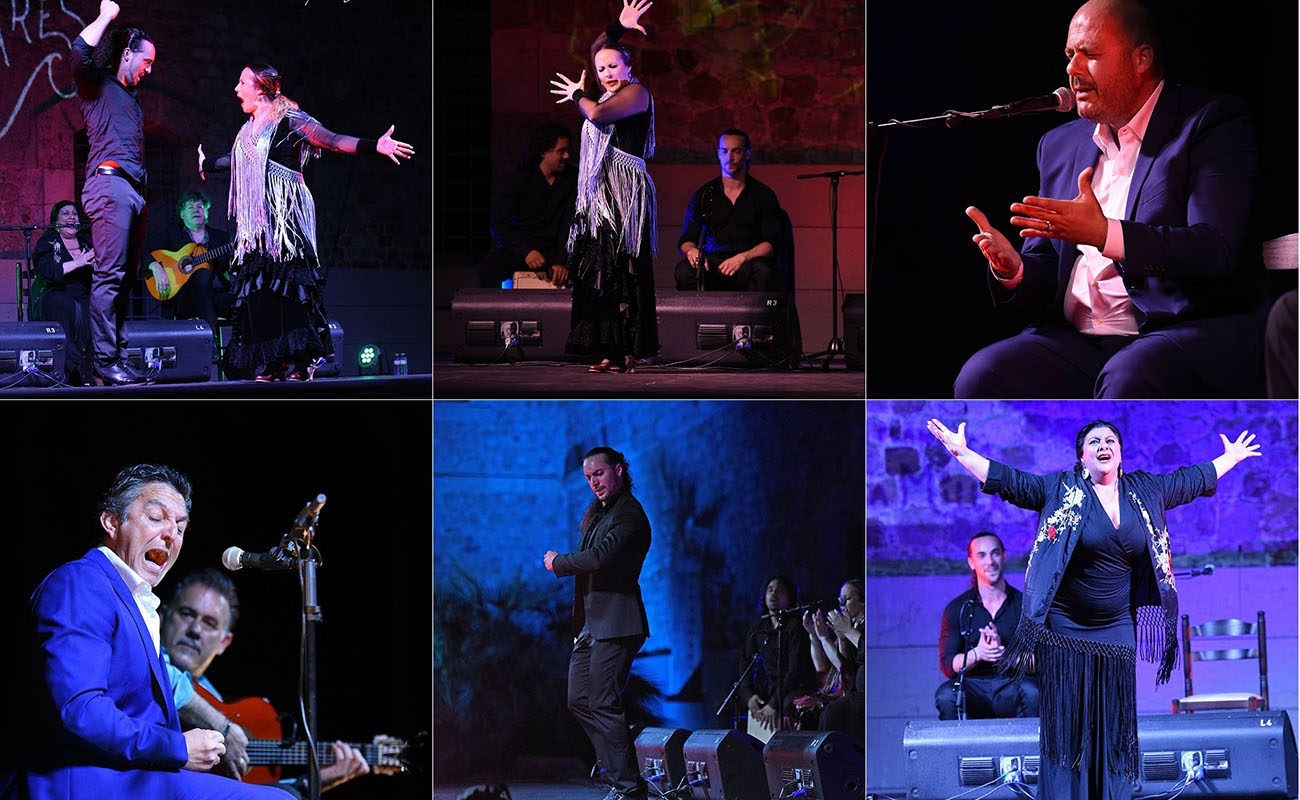 The Peña Flamenca Antonio Piñana came up with the idea of the week-long flamenco festival Perlas a Millares (“Thousands of Pearls”), having as its main goal to bring back the famous Concurso nacional de cantes por cartageneras, which had been taking place intermittently since 1921 (yes, a year before the iconic contest of Granada), with the first edition of that contest’s new era ending last Saturday.

This “Flamenco Week” included a course about cantes mineros, with particular emphasis in the cantes por cartageneras, with experts speaking about different areas of flamenco research, such as Manuel Bohórquez, Paco Paredes, Jose Francisco Ortega Castejón and José Martínez Hernández.

On June 8, flamenco performances took place, featuring Antonio Ayala El Rampa (accompanied by the guitar of Pepe Piñana), Curro Piñana (accompanied by the guitar of his father, Antonio Piñana) and finally the company of baile La Truco. Curro Piñana was the most successful artist that evening; the majority of his performance centered on singing various styles of cantes mineros, honoring his grandfather, who gave those styles such renown. In the ensemble of the bailaora from Madrid, the sorrowful and powerful cante of Chelo Pantoja was outstanding.

June 9, 15th and 16th focused on the contest of cante, where the prize for the most well-rounded cantaor was awarded to Antonio Porcuna El Veneno, who is very well known by the aficionados of this land, since he won the famed Lámpara Minera prize in the year 1999. The victory of this cantaor was self-evident, as he easily surpassed the level of all other contestants.

Marian Fernández and Miguel Ángel Lara Solano were finalists, but didn’t win any prize. Marian, the only cantaora (female flamenco singer) in the final round of the contest, was also its great revelation, despite her youth (she was born in 1992), and her voice evokes the echoes of an experienced cantaora. Her participation in this contest has made her known among the local aficionados, upon whom she left a very good impression.

The award ceremony for the contest of lyrics for cantes por cartageneras, honoring the local lyricist Ginés Jorquera, took place in the evening of the cante contest finals. The winning lyric was written by Rafael Domínguez Villa, who used the maritime theme that is so common in these lyrics (together with those relating with the work in the mines). It goes like this: Al lado del rompeolas/ mi corazón aún te espera/ donde empieza la escollera/ donde la playa está sola/ las noches de primavera (Besides the breakwater / my heart still awaits you / where the pier begins / and the beach is desolated / in the spring evenings).

Organizing a flamenco contest in our days is a courageous undertaking. Some of the goals of this festival, such as preserving and promoting the cartageneras and other cantes mineros, are already well covered by Festival del Cante de las Minas de La Unión, so there was a need to go beyond and inundate Cartagena with flamenco. And they achieved this. While the public’s attendance wasn’t massive, it was respectable, considering it was a program of flamenco art, which should already be an incentive for the organizers setting their sights on 2019.

The directors of the Peña Antonio Piñana can be proud of their work and their achievements. The public institutions of this city and this region would do well not just in continuing the support they gave this first edition, but increase it and bet decisively on an event of this kind, which has a tremendous potential.

A fair share of the performances had as their main stage one of the icons of Cartagena’s architecture, the Faculty of Business Sciences (Facultad de Ciencias de la Empresa), whose building was originally a prison. Yes, it’s the celebrated Cartagena Penitentiary, that “cemetery of living men”, as the well-known verse goes. According to the poet García Lorca, this was the birthplace of the “playera or plañidera, characteristic of this fertile jail of Cartagena, as well as the authentic Gypsy martinete“. It’s a privilege being able to listen to flamenco in a place like this, more so when we’re aware of its history.

However, the negative note about this festival must go to Cartagena’s Town Council, which scheduled a thunderous concert of electronic music at the same time as the contest final, on Saturday, June 16, barely five hundred yards away from the university perimeter, which sometimes caused unpleasant sound interferences.