It’s a pleasure walking in this city during the 17 days of this event and see how its streets become rivers of art, with everything shining “a compás”, a little more than usual. 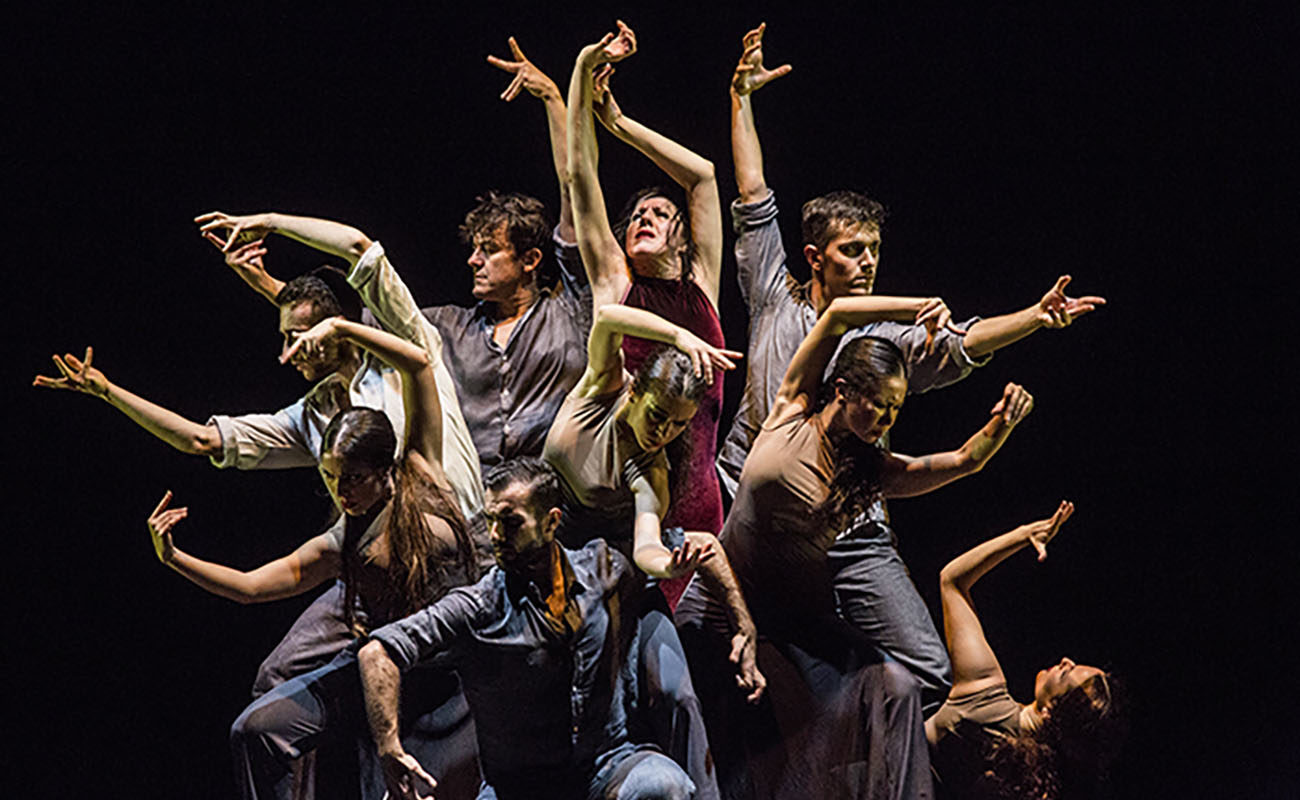 Joaquín Grilo ‘s gala La calle de mis sueños lifted the curtain of the Villamarta Theater, the scenic lung of the Festival de Jerez, which this year celebrates its 23rd edition and which, judging by what we’ve seen in this first few days, continues to be a global reference for the lovers of baile and flamenco dance. It’s a pleasure walking in this city during the 17 days of this event and see how its streets become rivers of art, with everything shining “a compás”, a little more than usual. If it’s true that, for many years, there have been parallel events in their own right such as La Guarida del Ángel’s “Off Festival”, we must also acknowledge that the quality and the epicenter of it all originates from the official program. Yet, we must highlight the performance of Israel Fernández accompanied by Diego del Morao which took place in this venue on the evening of Monday, February 25th. This young cantaor has hoisted his flag and we recommend keeping track of him, as he has plenty of talent and a message that easily reaches his audience. He has what it takes.

Yet, let’s go back to the Villamarta theater, where Joaquín, El Grilo de Jerez, as we could also call him, delighted his audience once again with a more daring production than what we’ve come to expect of him, although it was rather typical of our days. We already know that coming on stage with a traditional baile performance is increasingly unusual these days, although I don’t really know why, because whoever knows how to dance por derecho, in the traditional way, needs no script or plot to succeed. The same happened with Eva la Yerbabuena, two days after Joaquín, who appealed to Japanese culture to offer a well-cared production, precisely balanced on the emotional level, but lacking the baile flamenco we would have preferred. Joaquín danced exquisitely por soleá with the cante of José Mijita, making it clear that few can surpass him in these things. Thus, this honorable bailaor of Jerez took to the stage the deepest dreams of his life, with his characteristic emotion and with admirable preparation and good sense, also taking good care of the technical aspects such as lightning and music. Yerbabuena even included the singing of Anna Sato, in an amazing intercultural blend. We were left wanting more baile flamenco in the Cuentos de azúcar (“Sugar Tales”) brought to us by this great bailaora. But it was Maria Pagés’ Una oda al tiempo (“An ode to time”) on the evening of Saturday, February 23rd, what moved us more deeply up to now, for being a well-aimed production where this maestra de baile makes good use of her vast talent, setting aside her weaker points. In that manner she coils her body in a spiral of movements at the rhythm of vital beats, with bailes of classic aesthetic and a superb accompanying dance corps. Concha Jareño was Monday’s protagonist in the coliseum of Jerez, with her Recital Flamenco which, as the name suggests, left aside the anxiously complex creativity of our days to dance as always, in a clear, traditional production. Tangos, soleares por bulerías, guajiras, malagueñas, martinetes… Some of the styles were performed with the outstanding musical accompaniment of Canito’s guitar.

Besides the Villamarta theater, there are other venues for smaller dance companies or recitals of cante. Argentina opened this edition at the González Byass cellars with her superb voice, achieving great success with her committed audience. Her recital was based on traveling through the different regions where cante which developed unique styles, performing them in her own way. With her voice, freshness and spice, she managed to conquer this “beloved land”, evoking La Paquera in several instances. Yet, Saturday evening was special. The Sordera family got on the stage of this cellar to accompany the revelation of this lineage, Lela Soto, in a round of ancient cantes. Enrique Soto, the elder, with Vicente, father of Lela, and José, the most progressive of the family, paid tribute to the cante of Jerez, to the strength of the family and to the mystery of the generations.  Lela maintained a great level during this performance which allowed her to cement her reputation in her own land. The public liked her bamberas, as well as her initial milonga with lyrics by Rubén Darío, and her bulería por soleá… She also committed herself with the seguiriya de Paco la Luz. She’s still young, but she’s already on her way. The following day, two good cantaores perfumed with their duende this same venue. Sunday, February 24th was the turn of the master José de la Tomasa, with the cleanest voice and the knowledge of the elected few, and Perico El Pañero, who keeps in himself the memories of cante. Both performed soleás, and also seguiriyas. Heartfelt verses that those Gypsies can’t help but sing here. The cantaor from Algeciras was accompanied by Antonio Carrión, and Tomasa by José Gálvez. The public was greatly pleased by the presence of these two cantaores who need space and time for inspiration and managed to make the best out of the short half an hour allocated for their recitals.

That small format we mentioned could be seen with Cristian Lozano — flamenco dancer, as defined in the notes — who used the famous and legendary architect from Catalunya, Antonio Gaudí, as inspiration to express his passion for nature, religion, architecture and his native land. He used impossible movements with careful aesthetics to build his own building of baile with a risky message, although well stated. 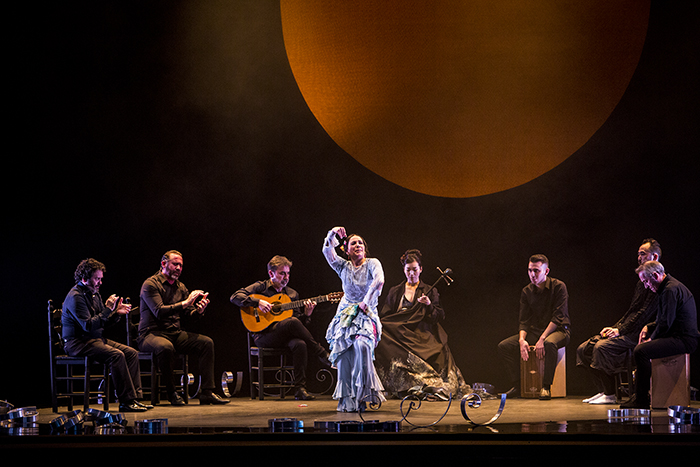 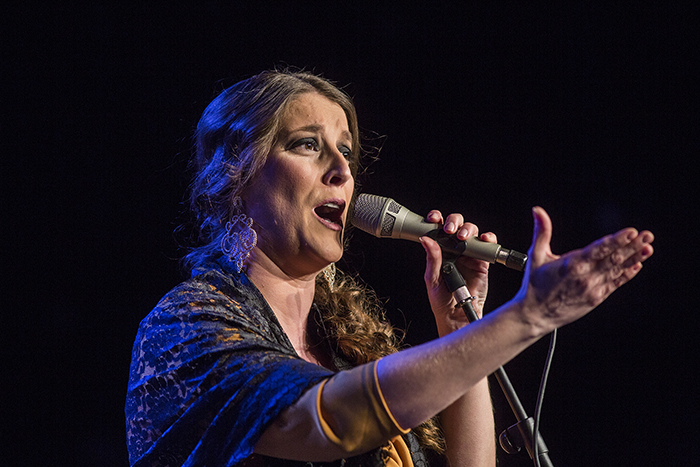 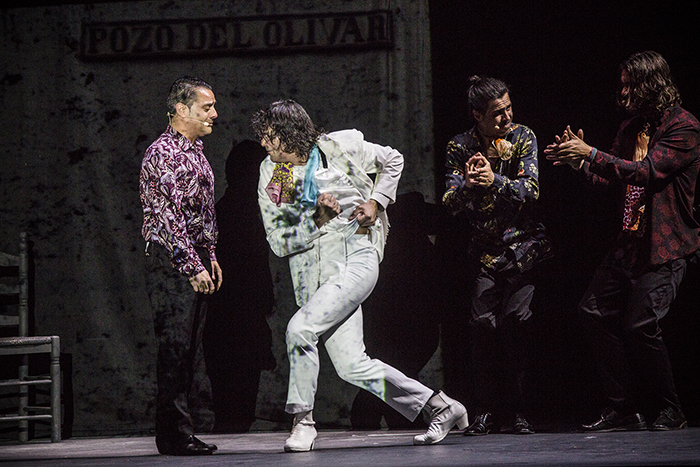 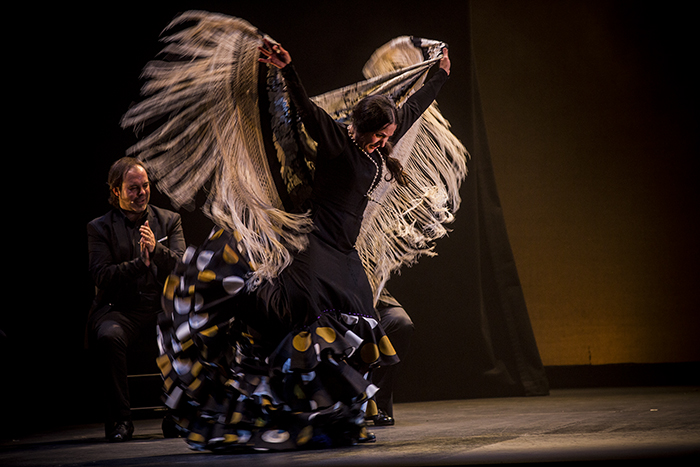 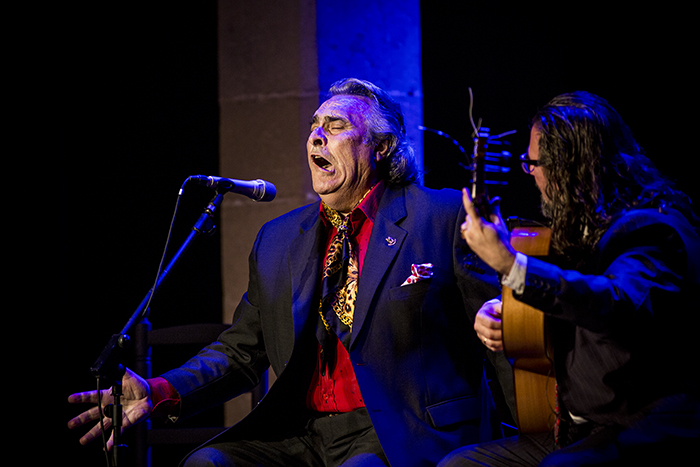 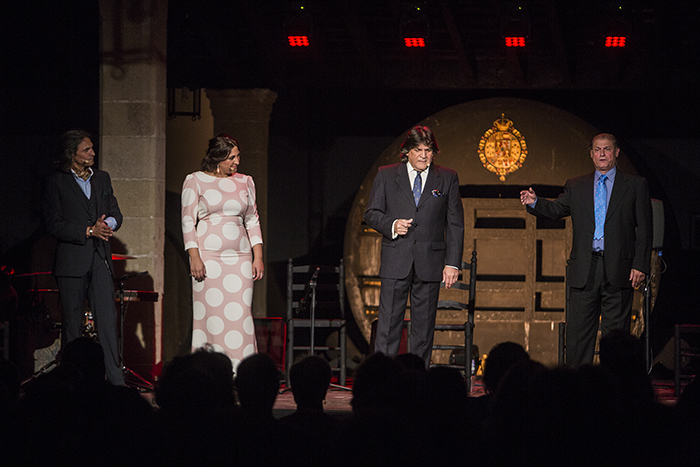