Paco de Lucía, from his birthplace

It’s very gratifying to be able to walk, eat and breath where he did 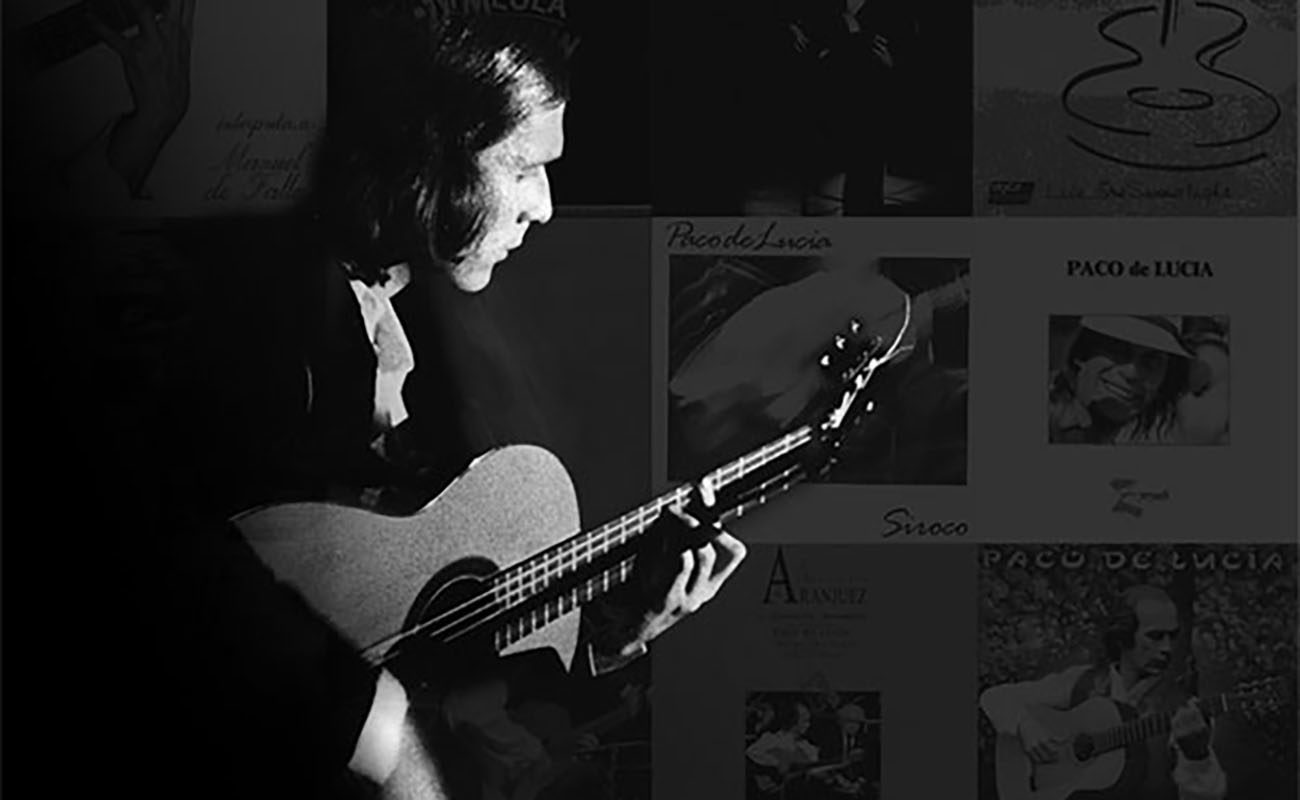 It’s very gratifying to be able to walk, eat and breath where he did, and meeting the people who grew up in the same street where he lived, like his long-time friend, the good Vitoriano, or his brother Pepe, who attended each of the events held every evening in each of the six days of this festival, and his nephews and nieces who came all the way from Madrid to magnify with their presence the tribute that Algeciras has been paying to its renowned musical creator Paco de Lucía in the month of July for the last five years. Each year the City Council outdoes itself in the organization of this event. Without a doubt, this was the most sentimental tribute by a land which doesn’t forget the greatness of the “son of the Portuguese woman” and all the good things he did for his hometown. It’s not enough erecting a big monument in his honor at Algeciras’ Puerto Marítimo, or building a Cultural Interpretative Center on his name, or even organizing this Encuentro Internacional de Guitarra dedicated to him… There is no doubt that new initiatives will constantly come to fruition to honor the memory of Paco de Lucia and all that he gave us. This an unquestionable reality, because Algeciras not just used his image, but protected his legacy.

From the moment when José Carlos Gómez officially opened this festival’s edition at Parque María Cristina, from that Tuesday at 10:30 PM, with an eager and numerous public, from that instant, Algeciras felt again that intense yearning for the one who left us suddenly and now rests in the city’s cemetery, the place of pilgrimage for hundreds of fans of Paco’s guitar. “Origen” opened the 5th Encuentro (“gathering”), six days of interesting and well-thought events, fit for this globally-renowned master. Courses, conferences, flash mob, performances, expositions, award ceremonies… Lectures attempting to express some ideas about contemporary flamenco were given by journalists such as Kyoko Shikaze, Monika Bellido and yours truly. Musicians like the Frenchman Pascual Gallo (who knew well both Paco and Camarón) or the promoter from California, Catherine Díaz, with her family, also gave talks about their life experiences. It was an environment which conveyed magic to this event.

A great stage, a spectacle of lights and sounds, and a first-class organization, were the main reasons that allowed all the performing artists to achieve a great success, without exceptions. The first performance by José Carlos brought back the sounds of his childhood, from those corners where he grew up and from where he built his musical empire. On Wednesday, Pastora Soler arrived like fresh rain, with a voice modulated between ballad and copla, with great emphasis on the former genre. With “La Calma”, Pastora was acclaimed in this event which, in her words, was “special, because I’ve always felt loved by this land”. On Thursday, the violin of Paco Montalvo, from Córdoba, showed that flamenco can be performed from any perspective, as long as this is done with respect and good sense. His repertoire included great pieces of Spanish culture, from “Granada” to “Sevilla”, concluding with “Entre dos Aguas”. Friday was the flamenco evening par excellence, even as the jondo feel was present every evening. The five expressions of flamenco came to life on stage: concert guitar, by the great Antonio Rey, the cante of Antonio Reyes, the toque de acompañamiento of Diego del Morao, the baile of the prince Farruquito, and compás, a lot of compás.

A first-class lineup that would definitely have made Paco proud.

That was not the end of it, though, because Saturday was Estrella’s evening. The daughter of Enrique Morente didn’t disappoint in the first solo concert she performed in Algeciras. She was amazing, elegant as always. Well-dressed, with a well-cared voice, showing respect for her public and with a wide repertoire between flamenco and popular songs, it was the evening with the most public in the whole festival. Sunday was the final day of the Encuentro, closed with a concert by the guitarist Dani Casares, from Málaga, who was accompanied by Málaga’s Symphonic Orchestra, performing an impeccable concert of the highest quality. Concierto de Aranjuez was the cream on top of this pie which each year has a better taste. 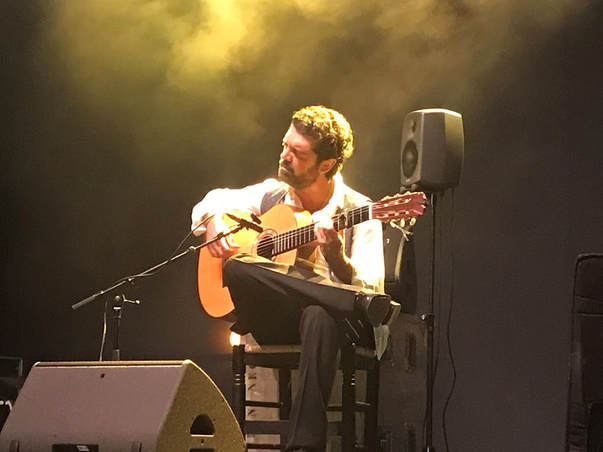 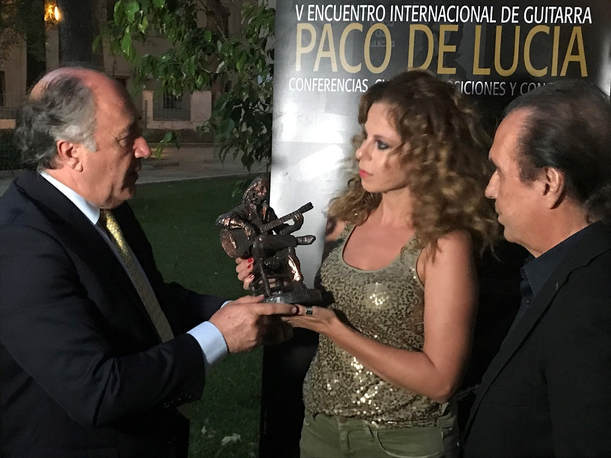 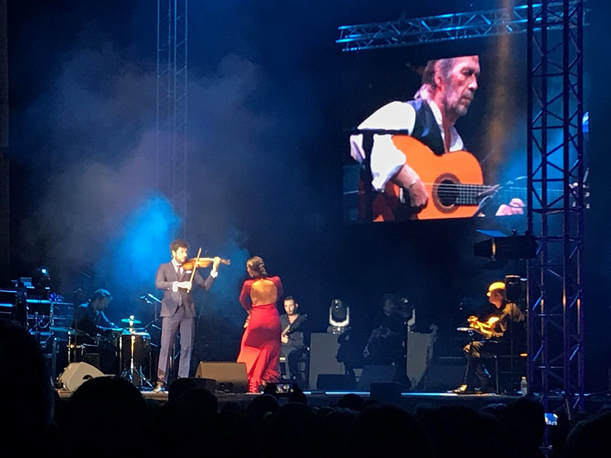 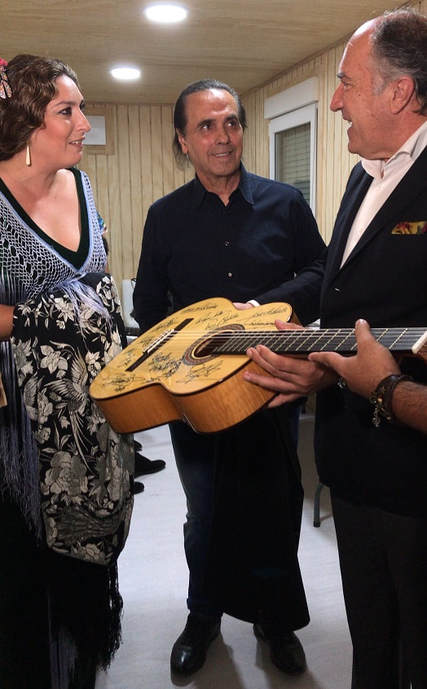