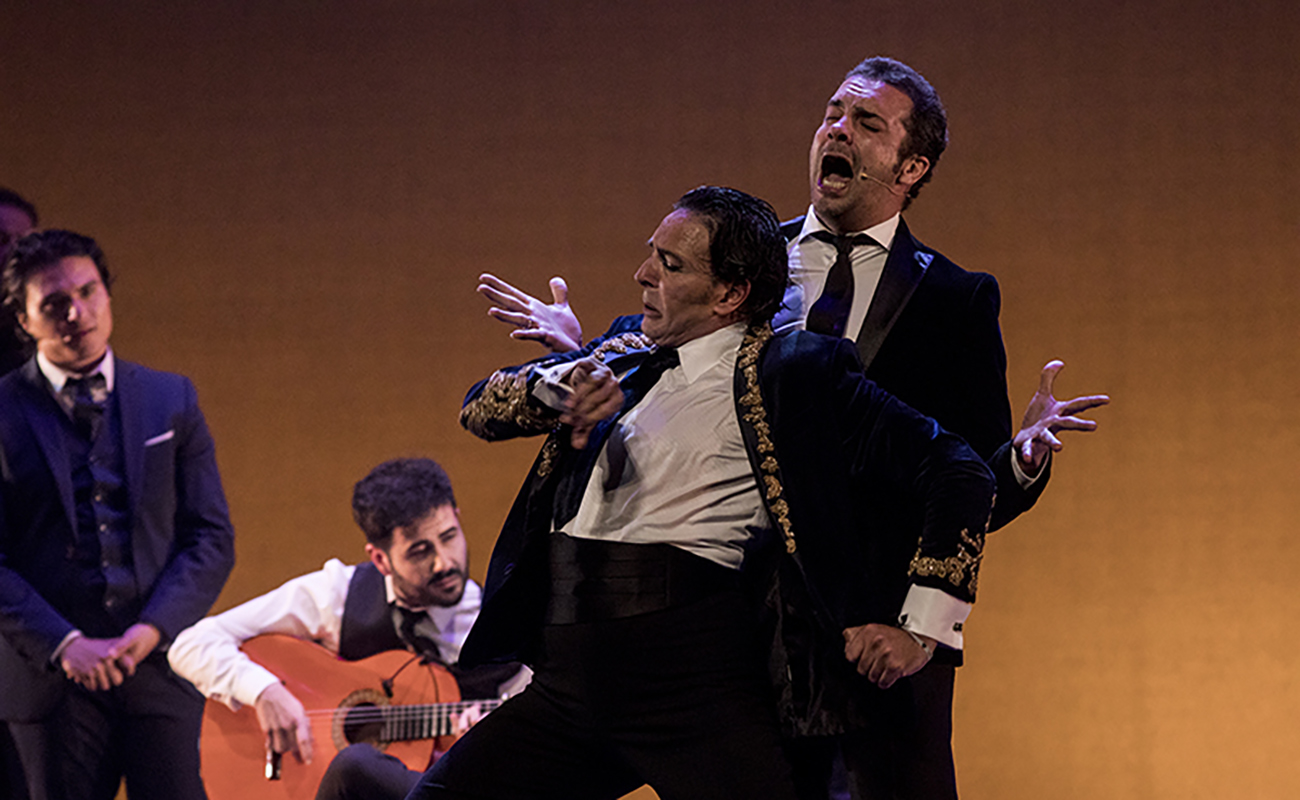 The excitement is palpable in Jerez, as its 24th Festival opened last Friday. Every year the quality of the performances increases and it’s hard to surpass, yet the fact is that the start of this event has been brilliant thanks to leading artists of arte flamenco. As usual, the Villamarta Theater is hosting the large productions of baile, while smaller venues such as the González Byass cellars are hosting concerts of cante and guitar. The peñas open their doors to a multitude of different nationalities, offering their flamenco stews and the wine of Jerez, and those who come here leave with the certainty that this place is like no other.

Strictly speaking about art, the Festival’s curtain was raised by Rafaela Carrasco, who presented Ariadna (Al hilo del mito), a low-risk production in the dramatic sense, but displaying impeccable mastery in resources and skill. Her message is accessible, and the public becomes engaged in the show. Bailaora from head to toe, Rafaela jumps into the void, from mythology to reality, to the truth that sets her free. In six acts, the artist tackles the stages of human life that set the pulse of life. The loneliness of abandonment becomes a solid petenera and the imposition of patriarchal norms translates into a soleá. The bucolic sunflowers are a guide towards nature, which is essence and commitment. Ariadna knows passion, love and desire with rhythms of tangos… falling into a labyrinth where doubts take hold of the self, expressed with tonás. The story concludes closing the cycle, before her crown of stars awarded by a god who grants her freedom. In this well-spun tale, we cannot forget the background artists, with the voices of Antonio Campos and Miguel Ortega and the guitars of Salvador Gutiérrez and Jesús Torres. The group pf baile that added to Rafaela’s success deserves special mention.

The star of Saturday was Antonio ‘El Pipa’, a full-blooded Gypsy bailaor from Jerez who displayed his most authentic profile with a traditional recital stamped with the good cante of Jesús Méndez, Antonio Reyes and Samuel Serrano. El Pipa once again surrounded himself with first-class artists to delight his public. He knows his trade like no other and was very convincing on stage. The elegance of his baile is indisputable, as well as his charisma and his arm movements, although he could be blamed for being too generous with the voices of Estirpe. Bulerías, seguiriyas and alegrías were the styles performed before the final soleá, with Méndez’s heartfelt, clean and crisp voice as inspiration for one of the best bailaores. This cantaor from La Plazuela district found in Antonio the most authentic expression of baile in Jerez. Samuel Serrano was once again outstanding with his depth in tonás, fandangos, malagueñas and tangos. Antonio Reyes, always admired and acclaimed for his personal echo, was masterful in the seguiriya, dedicated to Fernando Terremoto. Joana Jiménez, Singer of coplas, added beauty and feminine charm por cuplés. Javier Ibáñez and Juan José Alba ensured the music’s success while Jesule de la Tomasa and El Quini did the same with compás. Morenito de Íllora and Joselito Montoya were also acclaimed voices in this session.

José Domínguez ‘El Cabrero’, a genius always demanding a just and egalitarian society, performed in the González Byass venue on Friday. No one is surprised anymore with his radical accusations against the Church and State, because he’s always been far removed from the establishment and from the stale reek of dictatorship. He brought his recital Ni rienda ni jierro encima to Jerez, undoubtedly meeting the expectations of his loyal and generous public. El Cabrero continues to be a fireproof artist, committed to his ideals and faithful to his discourse in behalf of the workers, the poor and the oppressed. He was accompanied by Manuel Herrera, who knows and understands him well. He sang a soleá, his famous fandangos, serrana and liviana, sonetos and other styles… A night to remember.

The same goes for Rafael Riqueni, who performed on the same venue Saturday evening. He presented his new album Herencia, a journey through inspiring guitarists such as Paco de Lucía, Enrique de Melchor, Tomatito and Niño Miguel, and cantaores such as Enrique Morente or Lole and Manuel. This guitarist from Seville displayed his most intimate and relatable side. On stage his shyness becomes apparent, something than makes him vulnerable and endearing at the same time. Respected by all, he was joined by Salvador Gutiérrez and Manuel de la Luz in a fantastic recital. There is a lot of Riqueni still to come. A lot of beauty and a lot of enchantment. His magic is unique, because few others are able to express so much with a guitar. 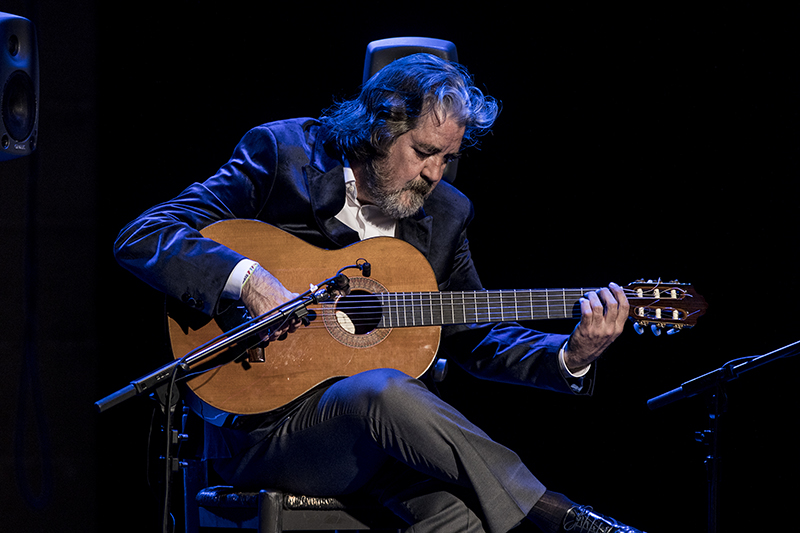 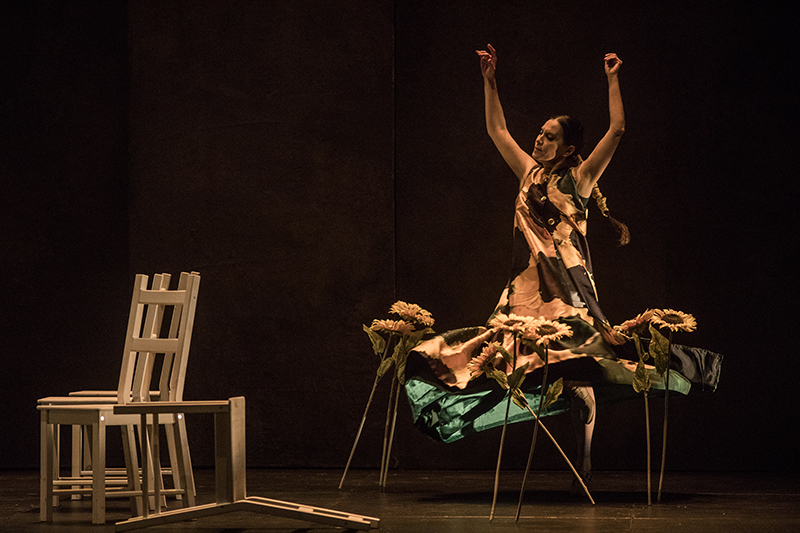 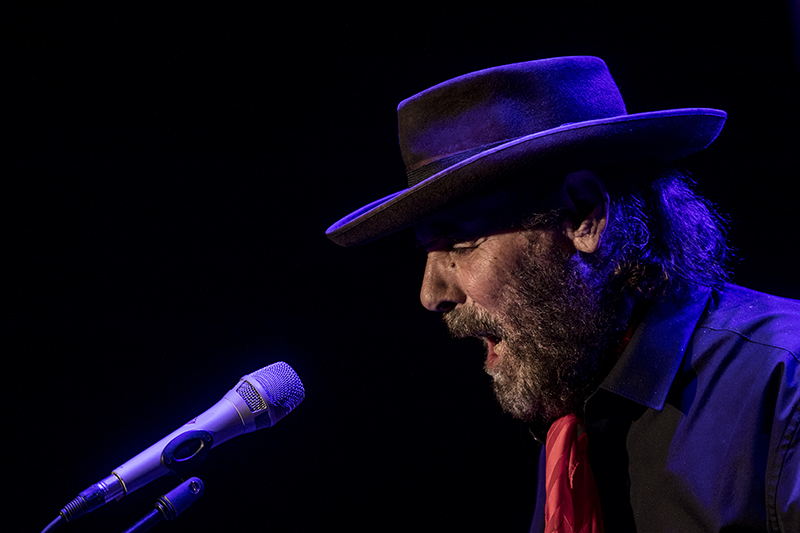 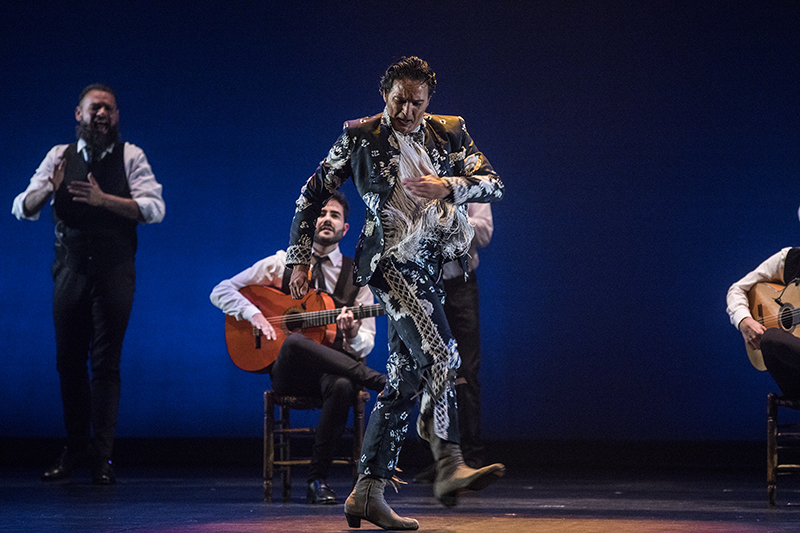