Home / Chronicles  / The Tomasas, cante in their blood

The Tomasas, cante in their blood

The 'Flamenco Viene del Su'r series gets started in Seville by three generations continuing the cante> tradition of the Torres family. 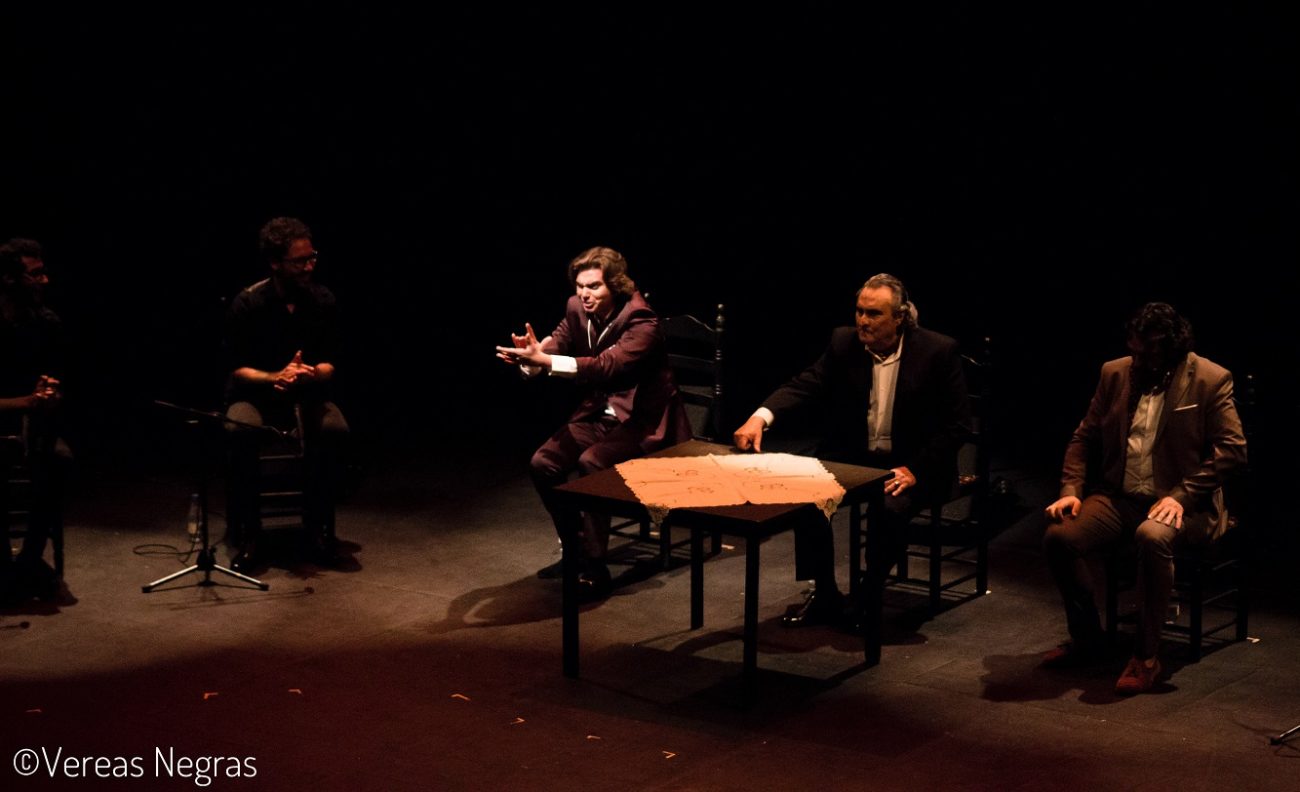 It’s true that all it takes to enjoy good wine is to clear our nose and palate, get the glass to touch our lips without any prejudice and enjoy the moment. Most people who have a hobby do likewise, without any further ambition. The same goes for those who attend a flamenco recital. Yet, as we get know more about the types of grape, the aging process in the cellar and food pairings, the enjoyment of that wine gets multiplied. This also happens in cante, without a doubt, in greater or lesser measure.

What we experienced yesterday at Seville’s Teatro Central can hardly be repeated. On occasion of the start of the series Flamenco Viene del Sur, organized by the Instituto Andaluz del Flamenco, three generations of the same family got on the stage to pay homage to their ancestors and restate the relevance of their cante heritage. It wasn’t just any family. They are descendants of the family of Manuel Torres, considered the best cantaor of seguiriyas of all time. His brother, Pepe Torres, who preserved for posterity the cantes of El Planeta, was the father of Tomasa, who married Pies de Plomo (Manuel Giorgio Gutiérrez), and they in turn brought to this world José Georgio Soto, better known as José de la Tomasa.

There is José, the living patriarch of the Georgios, opening the evening por livianas:

His blood, that’s a reference to his son Gabriel and his grandson Manuel. They come to the stage with two great but very different guitarists: David de Arahal, full of youth and sensibility; and Paco Cortés, all expertise and tradition.

Manuel de la Tomasa is just nineteen years old. A little over a year ago, he traded his guitar for his passion of cante jondo, and since then, he hasn’t stopped singing all over Spain. He has achieved in a few months the renown that others take years to secure. His style of cante, full of inspiration and pellizco, is becoming extinct, so in a few months he has become a promising hope for true aficionados.

In a mano a mano with is uncle Gabriel, the guitars play soleá por bulerías under the careful watch of the grandfather and master. Manuel picks the cantes of Juaniquí de Lebrija and Rosalía de Triana. Gabriel de la Tomasa (b. Seville, 1980) prefers Ramón el Ollero to flatter his district of La Macarena por soleá de Triana, and he ends up paying homage to Manuel Torre in the style of Frijones. “Listen, listen, that’s the Romance de la Mora Moraima”. Uncle and nephew take us to Lebrija in a duet, carried by the elegant guitar of David de Arahal. Manuel faces his uncle, both with their profiles to the public and raising their arms they act up the dialog between Moraima and Moro Mazote. If I could only open wide the doors of the theater so everyone could see this! What an opening act.

What’s going on with the curtains? It’s taking ten minutes to get them lowered. This will cool down things for sure.

Indeed. The two tarantas of Manuel Torres under horrible lightning don’t help to regain the previous excitement. One of Manuel’s best qualities is his ability to communicate, which in flamenco language we call doler (“to hurt”). If you sit in front of him on stage, you’ll know what I mean, you’ll notice the fire in his eyes turning the puppy into a fiery lion. Yet, this evening I cannot see his eyes, the bad light darkens his whole face. After travelling to Alcalá, Cádiz and Triana por soleá, the pellizcos come back again, allowing the public to enjoy a little trip to Jerez por bulerías, with a lot of compás and gallantry. 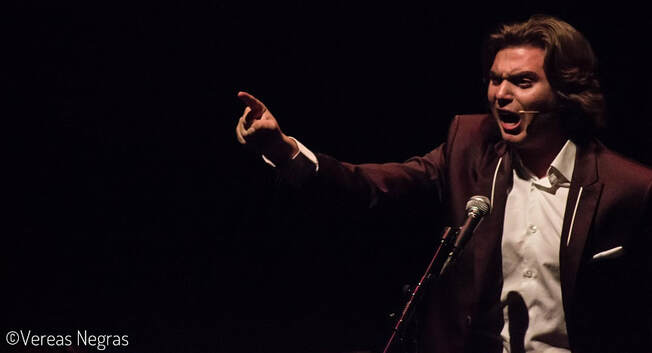 Now it’s the turn of Gabriel de la Tomasa, who demonstrates his expertise dealing directly with the public. “We’ll raffle some goodies later”, he said, after excelling in cantiñas de Cádiz and de Córdoba, although not por alegrías, accompanied by the masterful toque of Paco Cortés. That was after the malagueña de la Triniand the jaberas. And after the round of soleares apolás de Triana, the alfarera and that of Charamusco. Look just how he creates as he sings, just like the grandfather, and like his nephew. How hard is to find this in our days.

And what about don José? His abilities are intact in the full maturity of his art. It’s not that his talent has just been discovered, but many young people have never heard about him. He’s a cantaor able to take a very ancient cante, a Caña, turn it around and upside down and serve it in a glass full of modernity. Fortunately, the kids give us a seguiriya, the anthem of the Tomasa family. Pure cante. From now on, even our eyelashes “hurt”.

After two martinetes, of those which numb our senses, his grandson Manuel shows up. He’ll give it all today. Look at his face, now perfectly lit on stage. The fiery eyes, like a matador. Carceleras to be remembered and the toná del cerrojo, which made everyone in the theater cheer for one long minute. Panseco says that this kid will be a leading star of cante, I heard him say that, in the foyer. Magister dixit. 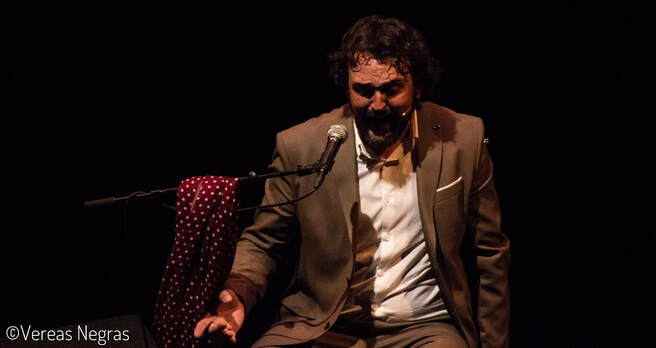