Inspired by Paco de Lucía, he started playing the guitar in China when he was 24 years old. Six years later, after being tutored by Manolo Sanlúcar, he releases his first flamenco album in Seville. 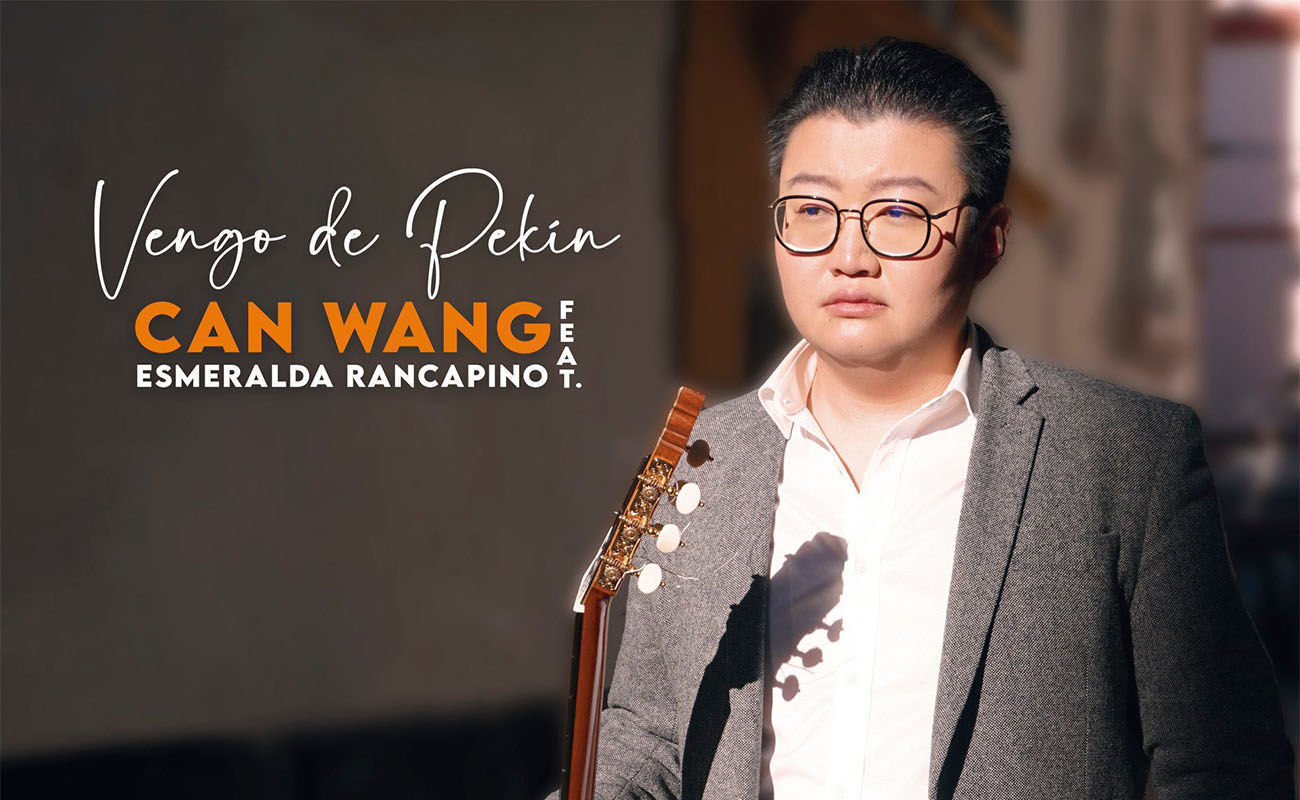 Who said that pellizco is only reserved for the Spanish artists? Can Wang, a guitarist nicknamed El Gitano de Pekín (‘The Gypsy from Beijing’), is the first Chinese artist to release a flamenco guitar album. It is titled Viaje al sentío and its first single, Vengo de Pekín, a falseta por tangos, is already popular.

Wang is also the first Chinese guitarist to perform in Seville’s Lope de Vega Theater (2019) and after touring in several cities he fulfilled his dream or recording his first album. It was produced by Alberto López and features artists such as Esmeralda Rancapino (cante), Juanma Ruiz (bass) and Isidro Suárez (percussion).

When he was twenty-four years old, he felt disenchanted with his engineering studies and would surf the internet searching for music to listen to. That is how, by chance, he came across Paco de Lucía’s album Cositas buenas. It was love at first sight. Flamenco knocked at his door and he started researching artists such as Manolo Sanlúcar, Serranito, Antonio Rey, Vicente Amigo, Diego and Dani de Morón.

In 2013, having finished his engineering studies in China, his parents wanted him to continue studying in the USA, but he chose his great passion instead: flamenco. In Beijing, he met Granada’s master Alberto Cuéllar, who in just two lessons taught him a few things about technique and compás, giving him the final push towards flamenco.

«Manolo Sanlúcar taught me about the world, and to have a wider perspective, instead a narrow one. He did not charge me for anything. I would eat at his house, and he only demanded that I did the exercises well, and it required a lot of practice and studying. He would get upset if I let him down»

Wang performed with the Dong Fang Company, and enjoyed being on stage, even as all he needed to do was playing a few tunes and do a bit of rasgueado. Not surprisingly, he decided to move to Spain in 2014. He learned to speak Spanish in two months and after sorting out his visa he studied at the Cristina Heeren Foundation. After one year, he transferred to master Eduardo Rebollar‘s private school, and after two years in Spain he decided to return to his homeland to teach what he had learned.

Back in China, he partnered with guitarist Blas Martínez to write two books in Mandarin: ‘Flamenco Guitar – Technique’ and ‘Flamenco Guitar – Palos and Compás’. Even so, he didn’t stop studying and took several master classes and even a summer course in Cordoba where he met the master Manolo Sanlúcar, who gave him his number. In 2017, Can Wang would travel to Manolo’s house each weekend, taking lessons from him.

«He taught me all the technique exercises and gave me a lot of advice. He also taught me about the world, and to have a wider perspective, instead a narrow one. He did not charge me for anything. I would eat at his house, and he only demanded that I did the exercises well, and it required a lot of practice and studying. He would get upset if I let him down», Wang recalls in an interview published by Diario de Sevilla.

In 2018 he took part in the recording the documentary Legado, produced by Manolo Sanlúcar, and that same year he started studying at the Conservatorio Superior de Música de Córdoba in the Flamenco Guitar specialty, where he was the top student in the admission exams. Besides, he’s studying for a flamenco master’s degree at the University of Cadiz.

If this wasn’t enough, he also started the website flamenco-china, the leading flamenco website in his homeland, which has allowed many people in that Asian country to experience flamenco for the first time.

Here is a teaser of his first album: