Alarmist rhetoric about the disappearance of flamenco singing, or the diminishing supply of new voices, has been a constant ever since God invented the 12-beat rhythm (such a sublime creation must surely have been a product of divine intervention). And yet, there continue to be fine interpreters, both new and veteran, professional and amateur to suit all tastes. Flamenco is within these carriers of the art-form and there’s no effective vaccine.

Fifteen years ago, in 2007, my modest contribution to the bibliography of recent flamenco history, Flamencos de Gañanía was published. I spoke to 42 individuals who had lived through the post-war years up to the mechanization of farm labor in the nineteen-seventies, and 16 interviews were included in the text. Years have passed, and many of those people who so kindly gave their moving testimonies are no longer with us, in fact, only 6 or 7 remain, and among them, the youngest is Utrera singer, Ana Peña Vargas, who settled in Jerez many years ago, although she’s been seen relatively seldom at the venues of this very flamenco city.

Ana fills in some genealogical data: “My family is from Utrera, and that’s where my home is, but my mother was from Lebrija. My father, Juan el Calentitero, brother of Cuchara, my mother from the Vargas and Valencias of Lebrija. José Valencia, this young singer, El Caneco, Manuel de Paula, El Lebrijano and the whole branch of Peña Pinini is my family”.

Ana married the dancer Petaca de Jerez, son of the legendary dancer Paco Laberinto of the Terremoto and Pipa families. In other words, there’s plenty of lineage. As well as family tradition. Ana was working in the fields until the age of 18 when she caused a sensation in Lebrija. Wearing the only dress she had, she sang in a festival for the Hermandad de los Gitanos. The big stars were there that night, Antonio Mairena, José Menese, Fosforito, Fernanda, Bernarda… It was the first time she’d sung with guitar, and the audience fell in love with her.  According to Ana, three days later she was removed from the fields, and has never returned. The singer also says she sang the first time in Jerez with Manuel Morao in the “Viernes” series, a circumstance many young artists report thanks to maestro Manuel. 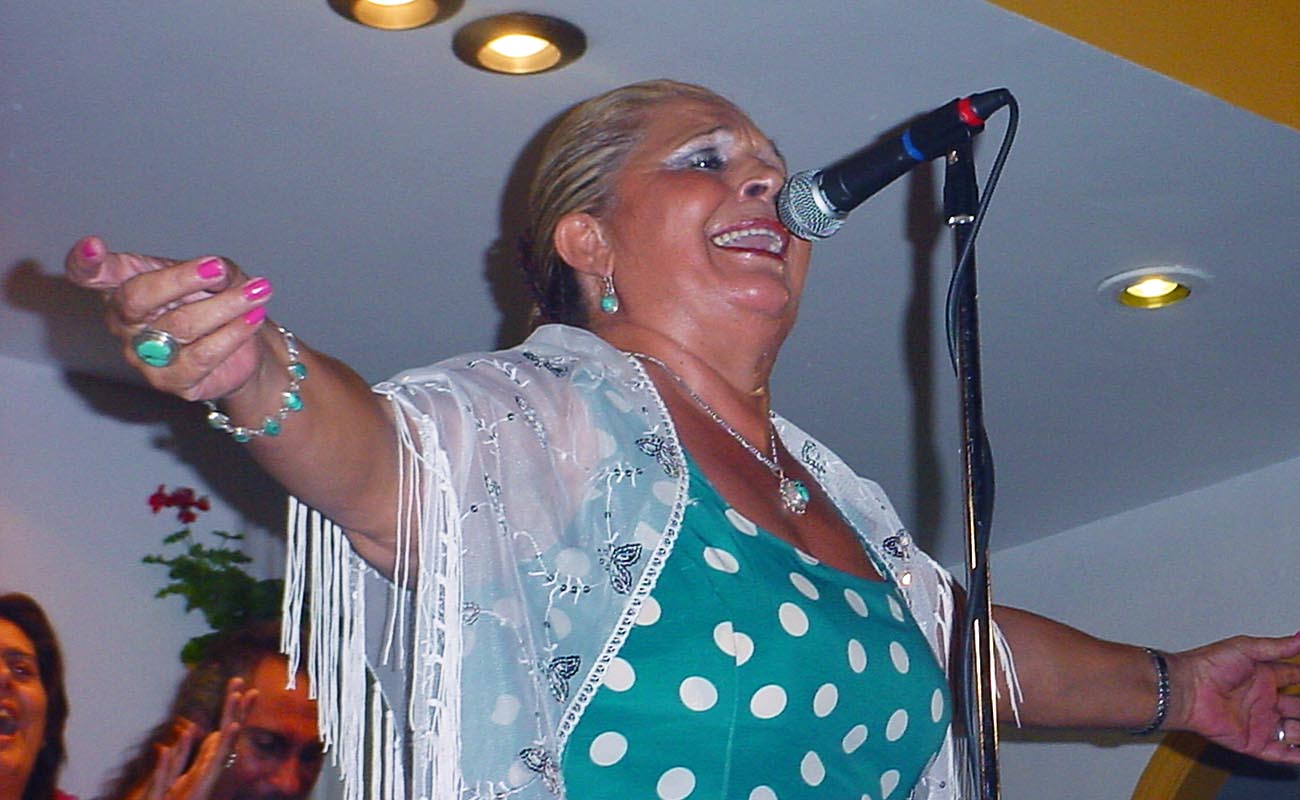 In Utrera and the western countryside of Andalusia, flamenco singing has a different poignancy. The voices and repertoire of this area are in Ana Peña. In bulerías, she is Bernarda with the characteristic “romance” perfume. Not that she copies her, but rather takes inspiration from her singing without losing her own personality. It’s what Gaspar always used to say, the singers of Utrera, there are no two that sound the same. Moving and warm, yet raw and wrenching, Ana effortlessly immerses you in that feeling of the interior.

On the record cover shown here from a 1989 recording of Ana’s (with the guitars of Manuel Lozano el Carbonero and Niño Jero), three phrases appear: “El flamenco como suena”, “Fiesta gitana en Jerez” and “Fuente Vieja”. Words that draw us into that world of flamenco, rhythm, moist earth, hardship and poverty, communion with nature and the dense atmosphere of an era that continues to resonate decades after the fact. Further back in memory we reach the nineteen-sixties, perhaps the end of November (a little imagination here please), headed for the Zangarriana farm where so many people from Utrera worked alongside those from Jerez, well-known figures like Mono de Jerez and el Chozas, yielding a fruitful exchange of repertoire. Early in the morning you could see the workers’ breath as they headed for the fields, no longer on foot, but with the “luxury” of open pick-up trucks. The women wearing work pants under their dresses, and a broad-brimmed hat and scarf on their heads is an eloquent indelible image of the times.

“I learned songs off the radio when they started with those little transistor radios; there was no radio in the field-workers’ quarters, but I had my own. As we were weeding, I would put it up to my ear, and maybe the other people even got ahead of me and I didn’t realize. I listened to Terremoto, Antonio Mairena, Juan el Lebrijano, Perrate, Pepa de Utrera, la Repompa de Málaga, María Vargas, la Perla… There were also these people like Amina, Marifé de Triana and Rocío Jurado, and I would put the songs to bulerías. When I was 18, we got a TV set and I saw Camarón, all us young people were crazy for Camarón, I learned things of his, and I cried like a baby because I wanted to be a singer, but my father wouldn’t allow it” [Ana Peña]

Nevertheless, Ana would go on to travel around the world for more than ten years with the Company of Salvador Távora with his creation Carmen, ópera andaluza de cornetas y tambores, a contemporary work in which Ana’s voice gave a rich patina of authenticity.

When asked recently about the state of flamenco, present and future, Ana was mildly pessimistic: “some things are okay, but others are a big nothing, just light pop music, but I stick with the same interest as ever, what I most enjoy is singing at a baptism, because it’s inside of me, and no one can take that away from me”. 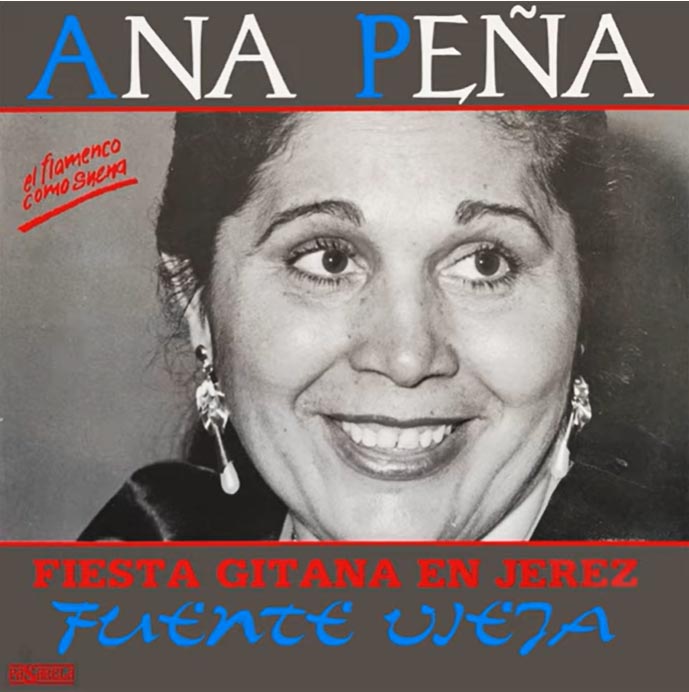