Sometimes it’s a perfectly normal day, and you’re living what feels like a normal quotidian situation. 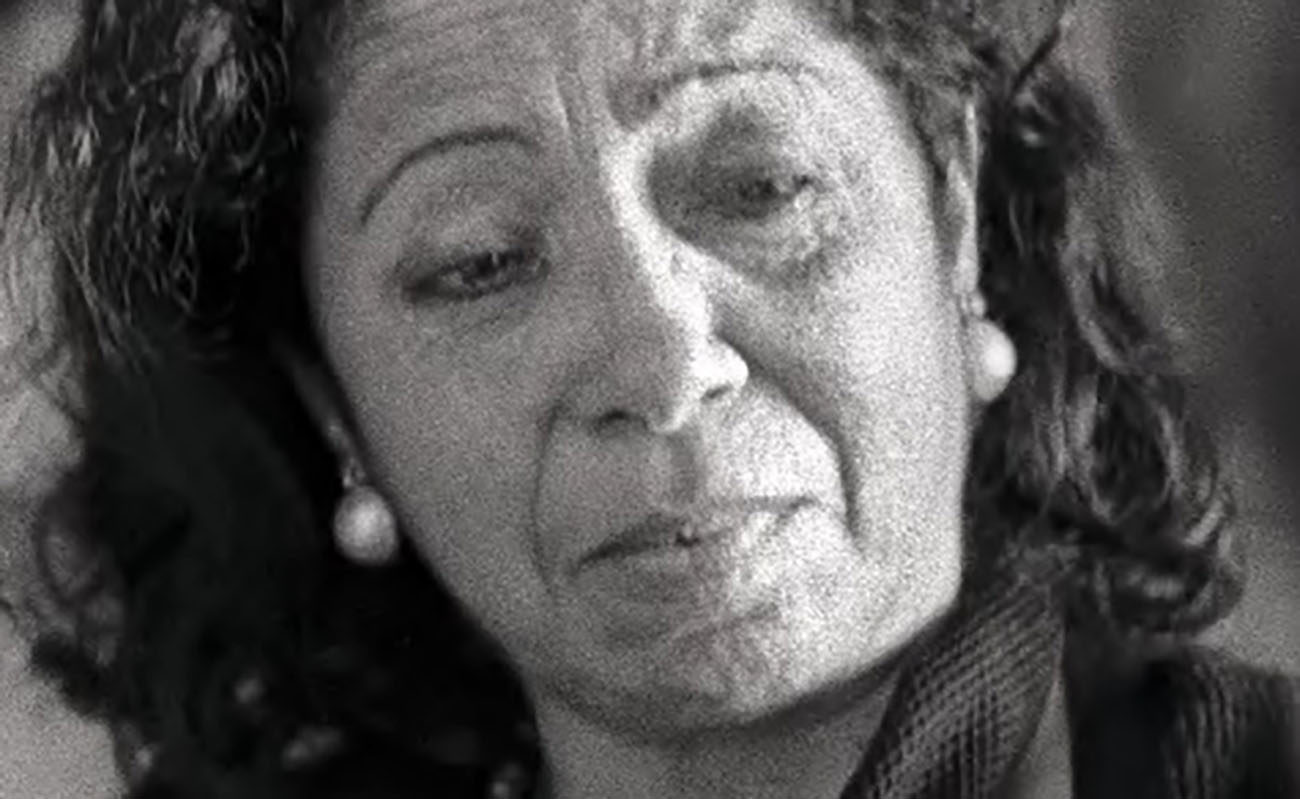 Sometimes it’s a perfectly normal day, and you’re living what feels like a normal quotidian situation. Time goes by, the situation becomes a memory, and the memory comes to be cherished. More time passes and you eventually realize what a unique privilege it was to have experienced that situation.

I couldn’t call Fernanda de Utrera a close friend – for one thing, she was a lot older than me, although she always treated me, and most everyone else, with extreme affection and kindness…I think that comes through in her amazing singing, with that gently painful tenderness that touched your soul.

The last time I saw her with her regal presence intact was at the Utrera fair in the caseta of her niece and nephew, Inés and Luis, around the early years of the new millennium. Her long perfectly manicured fingernails were painted fire-engine red, and her beautiful smile seemed as bright as ever. She sat on one side of the caseta for hours. Everyone who entered, went directly to her to pay their respects with kisses and embraces; her face brightened up with each one, and she graciously acknowledged them all with the dignity of a queen. I sat next to her for a long time making small talk, bringing her a little food and drink, fanning her at one point when the midday heat inside the tent reached its Andalusian intensity. At one point a singer came over who appeared to be a good friend. Afterwards, I asked Fernanda what his name was, and she answered: “oh heavens, I can’t remember the names any more”, and we both laughed.

She faded away little by little, it broke my heart to see her decline, and I’m ashamed to admit I avoided going to see her because of the sadness it caused me.

I first met Fernanda some thirty years earlier, when she was in her glorious artistic maturity. She would frequently go to Morón, where I was living at the time, usually brought from Utrera by the taxi-driver Pitiñi who worshipped this lady unconditionally. She would come to town and head for Casa Pepe up the hill next to the San Miguel church to look for her buddy, Diego del Gastor, who was always happy to see her. They would hang out with friends and local admirers, and after a few drinks, there would nearly always be singing. I remember on one occasion a friend of mine invited everyone to his house…”everyone” being about five or six people. Diego wasn’t there, but his nephew Dieguito was, so guitar was guaranteed. In those years, the early 1970s, people in the towns of Andalusia spent the winter sitting in the warmth of the mesa Camilla. We all sidled up to the table that was covered with a large heavy blanket we draped over our knees. Under the table was the metal bowl with glowing coals (no wonder there were so many house fires in winter during those years). Fernanda sang some bulerías, then some fandangos, and then joked: “what’s going on? Isn’t anyone else going to sing?” We laughed, and the atmosphere eased up…each one sang something, mostly soleá and bulerías, the occasional fandango… At our urging, Fernanda did her little bulería dance (pataíta), accidentally cracking one of the floor tiles. The owner of the house swore he would never replace the tile because it had been broken by a queen.

On another occasion, Fernanda needed a ride back to Utrera, and we offered to take her with some other people. The car was packed full, so I had to sit on her lap for the 35-minute ride. I remember thinking, “the gods have blessed me today, I am sitting on the lap of the Queen of the soleá…and what a great opportunity to ask her some questions!” I wanted to know where she learned “Cuando se entere el sultán…”, and if it was part of a longer song. Then I asked her if a certain verse began on the 10 or the 12. “What is it with you people and the numbers?” she chided, ”and what do they mean anyhow?” That was the shortest and most valuable cantelesson anyone ever gave or received.

The most poignant memory of all took place at the Morón fair one Sunday morning after a long night of flamenco. For some reason Fernanda and I ended up at dawn in a nearly empty caseta as the street cleaners were clearing away debris from the previous night. As we sat at a small round table, barely able to keep our eyes open, waiting to order some breakfast, a tall middle-aged man walked slowly over to the table, weaving a bit. He was dressed elegantly in a suit and tie, and clearly had also been up all night. He bowed deeply to Fernanda and spoke ceremoniously, like W. C. Fields, with slightly slurred speech: “My dear and most admired doña Fernanda…I humbly request you give me your shoe from which to drink champagne”. It didn’t appear to be a joke…I couldn’t believe it! But more surprising was Fernanda’s reaction. Without hesitation, without even looking up at the man’s face, she bent over, removed one of her high-heeled shoes and gave it to him. “Fernanda, what are you doing?!” I whispered urgently. She answered with words that still sound in my head: “Everyone loves me for my singing…but no one loves me”.