Salomé Pavón, daughter of the late pianist and composer Arturo Pavón, and singer Luisa Ortega, in turn daughter of Manolo Caracol, a family with a long history in flamenco, is seeking on behalf of the singer’s grandchildren, the Medalla de Andalucía for this extraordinary singer so admired by flamenco followers.

Every year, on the 28th of February, the Medallas de Andalucía are awarded coinciding with Andalusia Day. The distinction recognizes actions, services or exceptional merit in a variety of fields, including flamenco, and the people so honored acquire the title of Ilustrísimo Señor.

Salomé Pavón, daughter of the late pianist and composer Arturo Pavón, and singer Luisa Ortega, in turn daughter of Manolo Caracol, a family with a long history in flamenco, is seeking on behalf of the singer’s grandchildren, the Medalla de Andalucía for this extraordinary singer so admired by flamenco followers. At the present time, Salomé is the only performing artist in the family.

Salomé, you’re behind the initiative requesting the Medalla de Andalucía for your illustrious grandfather, the most charismatic singer in the history of flamenco. Why precisely now?

Now is the right moment because in 2023 it will be 50 years since his passing.

You’ve sought the support of the flamenco community, fans, artists and institutions. How has the idea been received?

I’m profoundly grateful, the whole Ortega family is grateful to all the celebrities, flamenco artists in every facet, bullfighting, opera, popular music, graphic arts, actors, musicians, the world of sports, communication, humorists… The response is turning out to be immense and very welcome, and in the name of the Ortega family I wish to express our gratitude to each and every one. 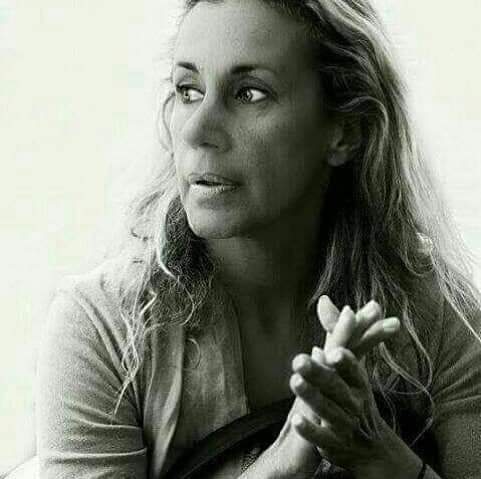 More than a dozen flamenco singers have received the Medalla de Andalucía since its beginnings in 1985, noteworthy figures such as Camarón, Fernanda y Bernarda de Utrera, Chano Lobato, El Chocolate, Fosforito and Enrique Morente among others. The name of Manolo Caracol seems conspicuously missing.

I don’t think Manolo Caracol was deliberately ignored, and if he had been, it would have been a big mistake. Manolo Caracol is more prominent with each passing day, no flamenco singer, male or female, is so continually referenced in performances. Manolo Caracol is a legendary genius, he created a school, a tremendous school.

In 2009 there was a congress in Seville, “Manolo Caracol, Un cantaor de leyenda” [a legendary singer], to celebrate the centennial of your grandfather’s birth. Now, 13 years later, does the figure of Manolo Caracol continue to have relevance in this new world of fusion and avant-garde flamenco?

Exactly, in 2009 a congress was held with elaborate parallel activities to celebrate the centennial of Manolo Caracol’s birth. Now, in 2022, his legacy continues to be relevant with all that’s being done to commemorate 100 years since the first cante contest in Granada. His figure is continually invoked, even in the Ballet Flamenco de Andalusia, the interpreters have never stopped alluding to him. You have to consider that Manolo Caracol was, and always will be, a very important reference in flamenco, he created a different way of singing and feeling. At the age of 12 he won that historic contest. Although we haven’t been able to do the musical, we plan to do it in 2023 to commemorate the half-century since his passing, and I would dare to say that he is more current than ever, just listen to Rosalía’s latest recording, people will argue about whether or not she’s flamenco, but she’s known worldwide, and the fact that a popular young singer with millions of followers should sing “I’m the Niña de Fuego like Caracol sings”, well, I think Manolo Caracol continues to be part of the present, and will always be relevant in the world of art. 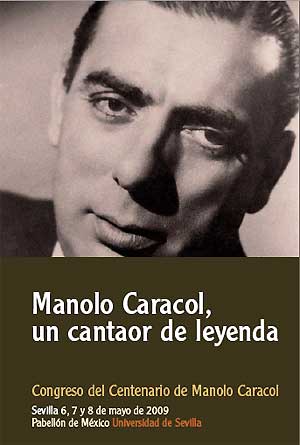