The main message of this dancer with the Picasso aesthetic that made him worthy of this important prize, is relatively straight-forward: contemporary flamenco needn’t be at odds with the classic variety, there’s still plenty to be discovered, and flamenco is bigger than any passing craze.

I hope my good friend, musicologist and guitarist, Norberto Torres, doesn’t mind if I quote him from a private conversation we had in Nimes in 2007 just outside the theater where we’d seen the work El Alba del Último Día. What with Norberto’s taste for classic flamenco, and Andrés Marín always sniffing out new paths, it was an unlikely match. But Norberto’s precise words were: “I don’t know what fusion is, but if this is it, I love it!” And he said this, not only because of the entertainment value of the show, but because of its overall impact and originality, the intelligent use of the voices of José Valencia and Segundo Falcón and the guitar of Salvador Gutiérrez, in addition to the piano of Pablo Suárez and the exquisite percussion of Antonio Coronel. And all this, in turn, thanks to the good flamenco taste of Andrés Marín, recently named winner of Spain’s National Dance Prize for 2022, in the category of creation (with Ana Morales in the category of interpretation).

This dancer, from the Macarena neighborhood of Seville, son of flamenco artists, with no formal training, has created an unmistakable artistic personality that stirs emotions with an image of composure and dignity. I don’t know about the rest of you, but I don’t buy the clenched fists and grimaces, the intense glances and the footwork overload so many resort to. Our man understands the eloquence of silence and minimalism, the glory of artists who follow this path. It’s flamenco interpreted around the mental hearth, or…wait for it…or the kind that’s danced with a live hen on one’s head as Marín did in his work Tuétano. Andrés was harshly criticized for that prank that many saw as an absurd, meaningless gesture. Please don’t ask me to justify it, because I cannot…art exists to communicate that which can’t be expressed through the usual routes. The live hen gets me, it was much more than a prank. More extravagant things have been done in the name of art without conveying any message.

Marín constructs his image with skinny stretch pants, short hair combed back, a serene countenance and hip placement one zip-code away from his shoulder angle. All this, with occasionally robotic movements, and an unexpected sense of humor always on the ready. The overall lines and angles suggest Egyptian hieroglyphics. There’s also a surreal tendency that recalls the work of Belgian painter René Magritte.

Andrés will occasionally dance with his own projected shadow for a partner. His dancing is the perfect balance of precision without coldness, flamenco that’s classy not down-trodden, and constructive evolution. Minimalism minimalized. Conceptual dance as Marín described it in an interview we did some fourteen years ago when he was more appreciated abroad than in Spain.

His work, at times, is close to theater of the absurd as conceived by Ionesco, Beckett and others whose creations play with “the sudden transformation of the characters, progressive intensity of the initial situation and reversal of the premise”, an academic description of this school. In La Pasión Según se Mire, Marín appears bare-chested and barefoot, wearing the typical Holy Week pointed penitent’s cap and his trademark skinny stretch pants to guide us on his cerebral excursion to inner space.

The main message of this dancer with the Picasso aesthetic that made him worthy of this important prize, is relatively straight-forward: contemporary flamenco needn’t be at odds with the classic variety, there’s still plenty to be discovered, and flamenco is bigger than any passing craze. Congratulations Andrés, and thank you for making us see flamenco with untainted vision. 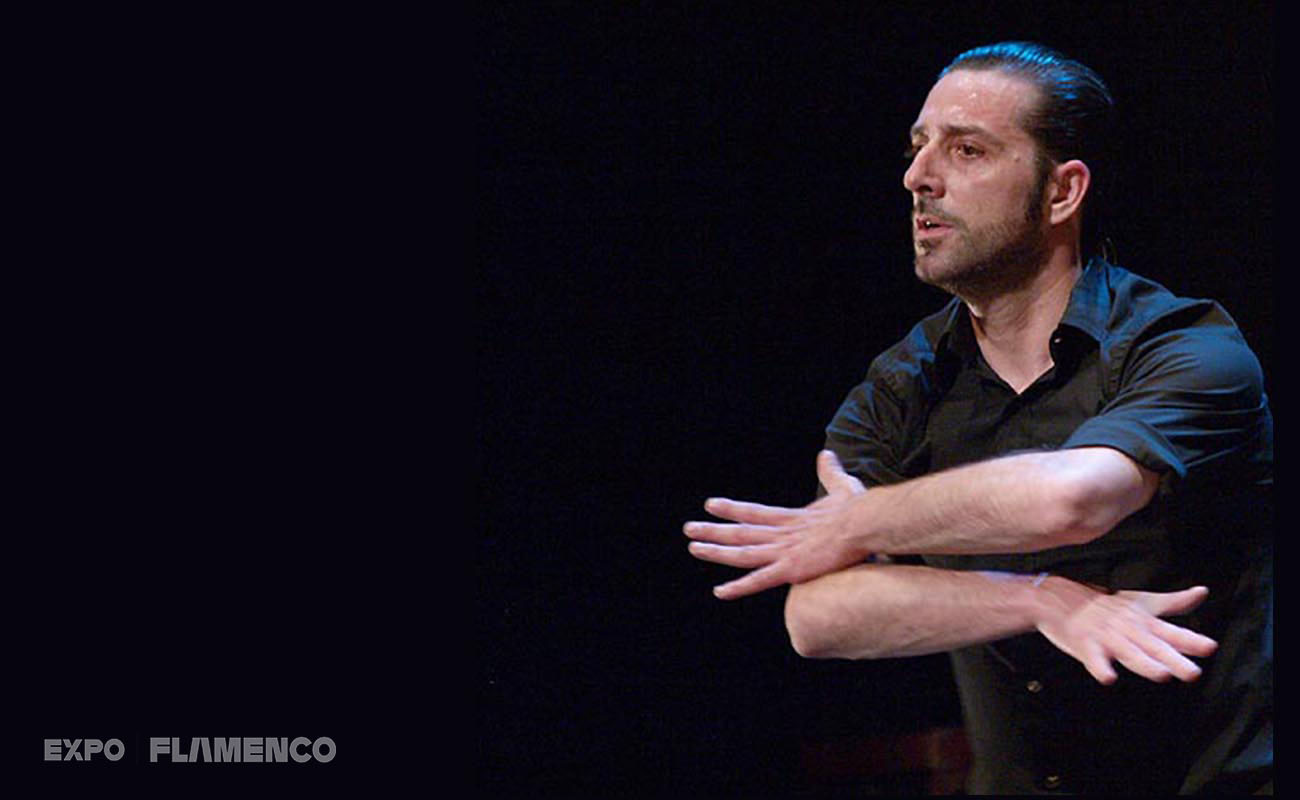