Home / Opinion  / Can I speak to the minister, please?

Can I speak to the minister, please?

In those lively days of June 1931, when Largo Caballero was Minister of Labor during Spain’s Second Republic 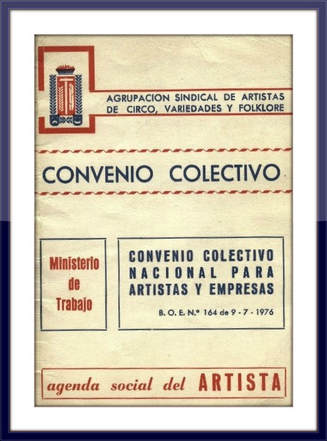 In those lively days of June 1931, when Largo Caballero was Minister of Labor during Spain’s Second Republic, the circumstances were favorable to setup, as a branch of the UGT (Unión General de Trabajadores, Spain’s leading trade union at the time), an “Association of Spanish Variety Artists” (“Asociación de Artistas Españoles y de Variedades”) to which many flamenco professionals of those days belonged, among the more than two thousand members it once had. Stars such as Manuel Vallejo, Pastora Pavón, Pepe Pinto, Luis Maravillas, El Pena, Angelillo, Luisa Esteso (chairwoman), Paco Aguilera (secretary and delegate) and Jerez’s José Cepero (who acted as speaker) where some of the artists who took that decisive step, according to Antonio Conde in his just-released book “El Poeta del Cante” (page 147). Apparently, they did important things, yet the self-interest of some of them eventually prevailed over the majority. Things got worse during the Spanish Civil War (1936-1939), when the trade unions took over theaters and cinemas and served as a tool to give regular employment to artists in positions of power. Among them, Cepero himself.

Continuing with Conde’s text (page 148, quote 81) the original idea of the artists was to “… elevate the prestige of the [artist’s] class and improve their material well-being, besides securing a better pay. They also demanded a lowering of the taxes imposed on variety shows. Besides, they also wanted to stop the abuse incurred by some intermediaries. Finally, they hoped to defend the artists in their disputes with entrepreneurs…” Does any of this sound familiar? I think that all those initiatives should also be made in our days, with the same or even greater emphasis because, as Cepero himself once told Josefina Carabias 85 years ago: “Here, we flamencos, who are as hard-working as anyone, just mind our own businesses, having no weight to protest against any injustice” (Ahora, September 11, 1931).

Don’t you think it’s time for flamencos to have their own organization to regularize their work situation? An organization which advocates for artists’ social security benefits not being a luxury item. An organization which stands up to those unscrupulous agents who tell artists “I can’t offer you much, but I’ll get you a guitarist”, when the guitarist plays almost for free while the agent takes double commission, often in agreement with the venue’s president. An organization which stops the majority of peñas flamencas offering miserable salaries, as they nicely act being the “victims of austerity”, supported by the corresponding federations. An organization which stops certain renowned record labels and producers from robbing artists, forcing them to pay for absolutely all expenses of production (recordings, meals, manufacture, taxes, promotions) when these companies are the sole beneficiaries of all sales. An organization which prevents public institutions to program any non-flamenco show in flamenco events, offering the few flamenco aficionados left “wooden nickels”, priced like Sanlúcar lobsters.

How much longer must we wait for the regulation of fees for guitarists who are not their own agents, and for palmeros (the most affected by all this mess), just like it’s done with bullfighting assistants? When should we clip the wings of a Bienal de Flamenco which in fact is subsided by the artists themselves, as they are forced to get loans to be able to meet all the conditions demanded by the organizers, because what they are paid to perform doesn’t even cover 50% of those expenses? When should more sensible reasoning prevail, allowing the emerging flamenco stars refuse to work Saturday evenings in renowned theaters while having to perform on Sunday mornings in flamenco federation’s circuits, getting paid five times less? When should we stop those who publish a litany of recital dates in social networks, yet omit mentioning they’re paying the artists barely anything, in exchange of giving the artist the opportunity of performing at the closing act of a festival? When should we kick in the mouth the people who have destroyed the market with those and other bad practices, shielding themselves under a supposed “law of supply and demand” applied in the most absolute illegality?

Oh, if only the artists managed to agree among themselves! As I know my trade, I’m aware that I’m asking too much. Yet, it’s in your hands the chance to start a veritable revolution that unifies criteria and guarantees the future of this musical genre, beyond the purely artistic. We have become accustomed to seeing in the social networks those cantaores who only get mad when unscrupulous agents fail to hire them. However, can’t you at least give it a try? In the balance is the future of flamenco in the next decades, and not just on from a social or labor perspective. Besides, don’t forget that, although it may not seem so, in your hands is the future of companies that operate legally, of honest festivals, of professional agents, of unblemished peñas, of proper journalists, of individuals that invest their money on yourselves, often never getting it back… Someone has to make a definite move before any of those who chose the legal path, tired of always getting the short end of the stick, decides to takes matters in their own hands and, on impulse, picks up the phone and ask “Can I speak with the minister, please…?