After reading some of the reviews and comments about Murcia’s 25th Flamenco Summit, which took place in February, you’d think that flamenco is doing great in our city. 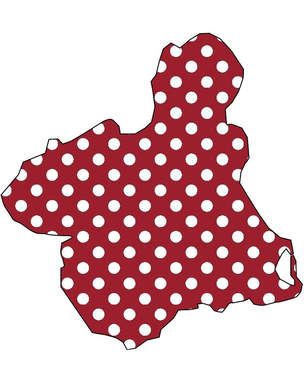 After reading some of the reviews and comments about Murcia’s 25th Flamenco Summit, which took place in February, you’d think that flamenco is doing great in our city. There is something wrong when, after attending a show and barely enjoying the production, feeling it was empty and not worth watching, the next day we read reviews full of praises and free bootlicking. One thing is to encourage an artist, another is to fool ourselves. Let’s face it, there is no such thing as an specialized flamenco critic in Murcia, with the exception of a few journalists of national prestige, often from other provinces, who cover the Festival de Cante de las Minas. The reason for this is perhaps the fear to be seen or exposed, in a district where everyone knows everyone and where fingers are pointed at anyone who dares to move a millimetre away from the norm. Another reason may be the lack of understanding about the actual goal of a critic, doing the opposite and trying to stand out by writing sweet, velvety and ornamented pieces. Another reason could be journalistic censorship. Or all of the above.

The highly expected show “Inolvidable Sinatra” (“Unforgettable Sinatra”) by Lole Montoya, advertised in La Verdad newspaper on January 30 the following way: “One of the most prodigious voices in the whole country will amaze us with this show, starred by herself, wrapped by the arrangements of a piano or a jazz quartet, giving a new twist to Frank Sinatra’s repertoire”, was a total disappointment. It was a short and boring concert who had to be filled in by her traditional flamenco repertoire. The next day, the media and blogs were full of bootlicking and descriptions of the songs performed, all nicely and elegantly written, but devoid of any critical sense. What a great Flamenco Summit it was!

Regarding our own artists, self-praise and complacency is common in this region. Flamenco artists do it all the time among themselves. Yet, when established journalists shower compliments on artists who should be trying to succeed by polishing their technique and correcting their mistakes, they’re not helping them.

We also do a disservice to the artists, and the public, whenever we sing praises to shows lacking in quality and put them high up the Mount Olympus of flamenco. It’s also important to be able to discern the context of each performance, and also to have in mind who are the productions intended for. A recital in a peña flamenca cannot be judged by the same standard as a show in a major theater. Artists hoping for great renown must be at the level of what they are selling. Premiering a show in the main theater of the region, promoted for the artists’ friends and family and highly praising it in the local newspapers a few days before the debut, is a grave mistake. To those in the know, it’s completely useless hearing the outrage of the fans at the critics, as well as reading the exaltations poured the next day in the leading newspaper of the region. It’s all smoke and mirrors.