Home / Signatures  / Tale of a bailaora on her way

Tale of a bailaora on her way

Every morning, in every break, I look at the main yard of the school from the second floor and all I see is people moving their feet really fast. And I feel sad. I think: what are we doing with flamenco? 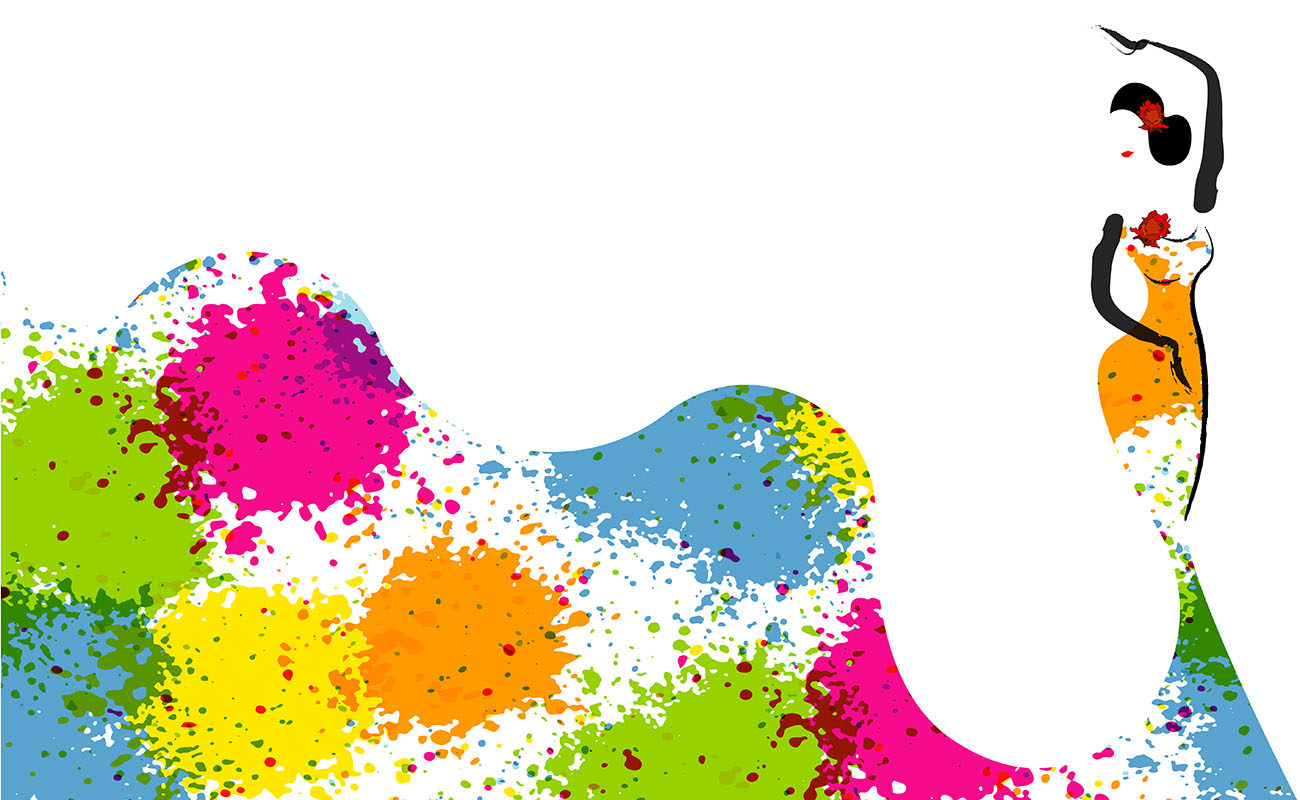 On November 16th, 2018, International Flamenco Day, which commemorates the moment when this art genre was declared Intangible Cultural Heritage by UNESCO, I had a lot of questions in my head. I felt like writing an article about this special date but, like someone important once told me, I can celebrate November 16th today, tomorrow or the day after, as long as I feel like it. That was the whole point, feeling. That’s precisely something that’s getting eroded among those of us who want to keep intact that bubble that floats hesitant though the ages, and which is increasingly hard to sustain due to ignorance and lack of respect by many people who haven’t given any thought to whether they’re really worthy of such a unique and fierce art form.

A year and a half ago, I had the luck — and my parent’s support — to enroll in an academy of great renown such as the Fundación Cristina Heeren de Arte Flamenco, located in the heart of Triana, in Seville. This academy is the dream come true of Cristina Heeren, an American woman graduated in comparative literature and member of the Herbert Berghof school, where she studied Performing Arts. Cristina took upon herself developing projects such as the show El Flamenco es vida. Finally, she created the Foundation in 1993 with the goal of preserving and promoting this art genre all over the world in all its aspects and expressive forms.

Like everything in life, each place, each situation or experience help us mature, learn, absorb all the possible positive aspects and enjoy each moment to the max. Well, that would be a very proper way to conclude any stage in a person’s life and it’s what traditionally we would tell ourselves to keep going forward, even more so in a world like this, where psychological strength is the most important thing when trying to become part of that bubble I mentioned before. It’s a paradox, because it’s often said that artists are perpetually sensitive and emotional.

Well, I could write about all the wonderful things and circumstances that surround me in this place where I’m studying my second year of baile, but then I wouldn’t be true to myself and the words I’d write wouldn’t be mine. Thus, I’s like to take this opportunity to dissent and point out those aspects that I believe must be renewed, both on the academic and global levels, regarding this artistic expression performed all over the world.

Professional colleagues, I want to make clear that this is my personal opinion, so I can be totally wrong. Yet, as a bailaora, I feel the moral obligation of speaking from the heart, without mincing words. We are NOT athletes, with all respect to all those engaged in this sport, about whom I feel the highest respect I can possibly have, because people very close to me are athletes who spend most of their time engaging in this activity, and that’s something that I really admire. However, no, I’m sorry. We are starting to commit the sad mistake of offering the public, flamenco aficionados or not, a tangle of complex footwork at neck-breaking speed, without the proper modulation of the music we’re enhancing, and which is enhancing us reciprocally.

Why is that all baile became nothing but the fastest footwork possible, neglecting the intensity we can offer in all its stages?

Aren’t we midnful, for example, of the great Antonio Gades? In this article I’d like to honor him a little and focus on his art. Let’s forget for a moment that, since he’s no longer with us, we cannot learn from him as much as we’d like to. I don’t think this is the case. We must stop for a moment and analyse the visual documents that allow us to get closer to him and read between the lines what he means to tell us through his dance, overflowing with cleanliness, accompaniment, modulation, art and expressiveness.

Besides, in an interview I’ve taken from the book La voz de los flamencos, this master replies to a question about a statement of his friend Juan Quintero, who compared the feet of bailaores to machine guns, in the following terms: “If we just stamp our feet on the earth, it’ll give us nothing, neither wheat or sounds. The earth must be caressed. [Artists must] rely on their emotional state to get from the earth the sound they need. There is too much percussion, and footwork is not percussion, it’s the continuation of a feeling”.

The continuation of a FEELING. Because flamenco, dear readers, is feeling. And flamenco’s dance expression requires throwing away — in this case, like a machine gun — everything that our soul and our heart must get rid of, with no filters, allowing us to be led without reason. Yielding each part of our body to that bit of freedom it needs, without punishing any of them with the prison of stillness and paralysis they don’t deserve. Because it’s not right for a dancer on a stage to move excessively from the waist down while totally neglecting the other half of the body. Like my dear teacher La Moneta says, “hay que saber descolocarse sin descolocarse” (“We must know how to move without getting misplaced”).

I think that the only thing we must give total freedom is our heart, not our arms, our head, our hands, our shoulders or our waist… Let’s not get confused. Let’s take care of the aesthetic of the rest of our body, which is also part of us and needs to express itself.

In this regard, we can also refer to that interview of Gades where he’s asked a question regarding the arms of the dancers of that time and he replies: “Sometimes it seems as if their arms have been chopped off. The Comedia del Arte should be better studied. The hands are gestures, they want to say something. They have a language to ask, and another to reject”.

I get back for a moment to my current home, the Fundación de Arte Flamenco Cristina Heeren, and I ask myself: why do I feel that everything rejected by first-class dancers, like Antonio Gades in this case, is prized nowadays?

Every morning, in every break, I look at the main yard of the school from the second floor and all I see is people moving their feet really fast. And I feel sad. I think: what are we doing with flamenco? Have we gone back to Antonio’s time in the 1960s when he gave that interview? Or perhaps we never really accepted the teachings of the greatest artists?