José Gálvez accompanied Mijita in the public presentation at Jerez’s Alcázar, within the ‘Viernes Flamenco’ series organized by City Council, with artistic direction, in this case, by Peña Buena Gente. He shared the evening with Pedro El Granaíno. 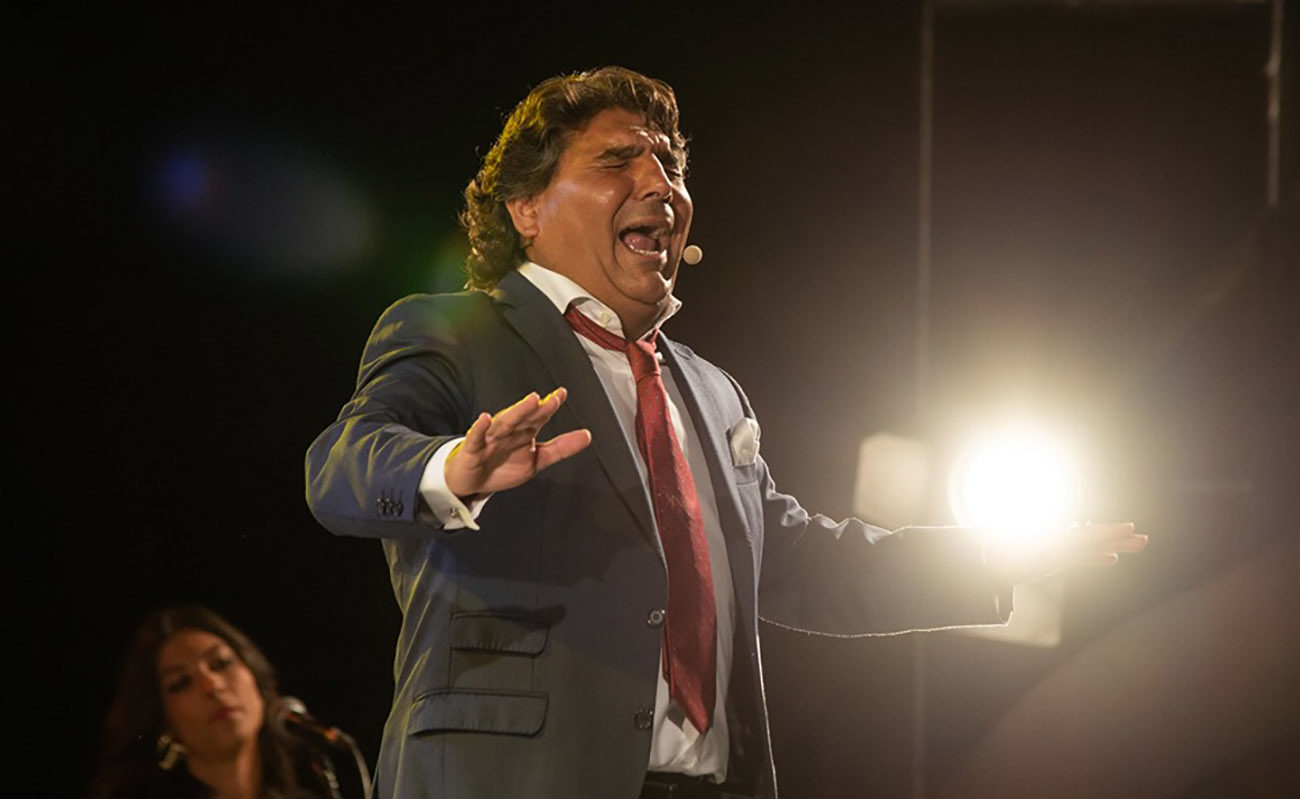 On Friday, July 19th, Jerez experienced an evening of visceral and committed cante by someone inspired by the land of Manuel Agujetas and Terremoto. That’s the school followed by Alfonso Carpio Fernández, son of El Mijita —whose first name is also Alfonso —, one of the great aficionados left in the city, the kind we can find any day of the week in parties or in gatherings of flamenco buffs singing good cante corto. Very good cante.

In previous articles we talked about this great flamenco dynasty, one of the most prolific of our days with a consistently generous commitment to perform. That’s also the case of Alfonso, of course, who hadn’t released any solo album since Cantes de hoy y de siempre in 1997. He later took part in albums with different format, such as in Estirpe. De pare a hijo, where he recorded together with his father and brother José in 2015.

Now when he’s enjoying a solid maturity and the kind of knowledge of those who love this art and experience it to its full, he has released El Palacio de Cristal, whose title evokes the birthplace of this cantaor, Nueva street in the Santiago neighborhood. Although he’s often regarded as one of the great cantaores from La Plazuela district, Alfonso states «I’m from Jerez, from both neighborhoods». What is clear is that this Gypsy with a long tradition in this art is back in earnest, leaning on first-class guitarists such as maestro Paco Cepero, who accompanies him in the seguiriya and the tangos. Diego del Morao tucks him in the bulerías, while Manuel Parrilla plays his guitar in the soleares and the fandangos and José Gálvez, who is in charge of most of the musical production, makes an appearance in the alegrías, the bulerías por soleá and in other bulerías.

José Gálvez accompanied Mijita in the public presentation at Jerez’s Alcázar, within the Viernes Flamenco series organized by City Council, with artistic direction, in this case, by Peña Buena Gente. He shared the evening with Pedro El Granaíno, one of the cantaores in highest demand these days, who shone since the moment he sat next to Diego Amaya. Yet, the truth is that the comeback of the local artist created great expectations. Faithful to his style, Alfonso showed his most authentic and Gypsy singing, being a traditional cantaor who doesn’t attempt to emulate anyone else, with a voice that conveys his experience and doesn’t admit sound tweaks. Alfonso, like so many others from this city, past and present, crawls along the edge of a razor to move his audience with the firm goal of reclaiming his rightful place after many years off the stages. In this opportunity he was only accompanied by the guitar of José Gálvez, who greatly contributed to a convincing performance and the great acclaim praised on the comeback of this cantaor. Palmas were by José Rubichi and Carlos Grilo, and the choir’s voices were by Fanía and Sandra Zarzana, and Tomasa Peña. Later, some members of his family joined the performance, such as his daughter Marta, who gifted her father with a baile por bulerías. 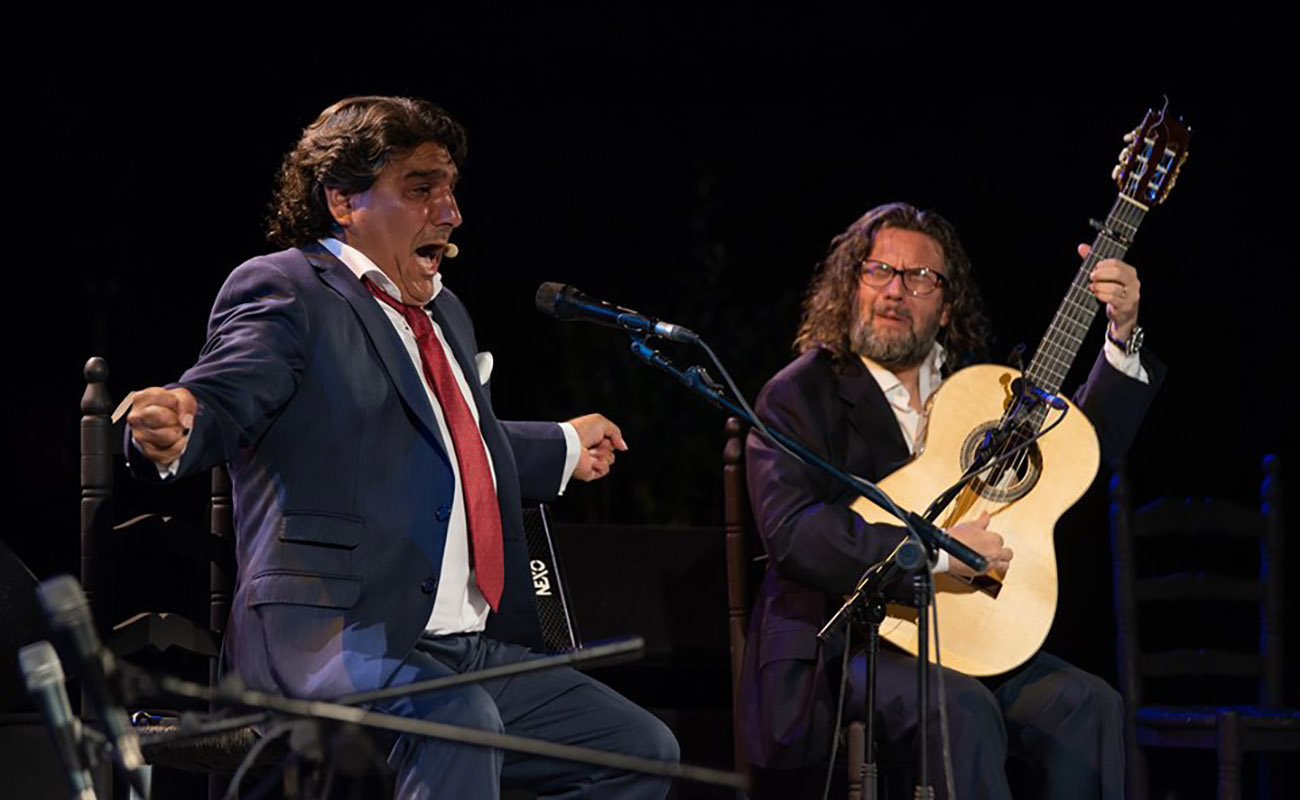 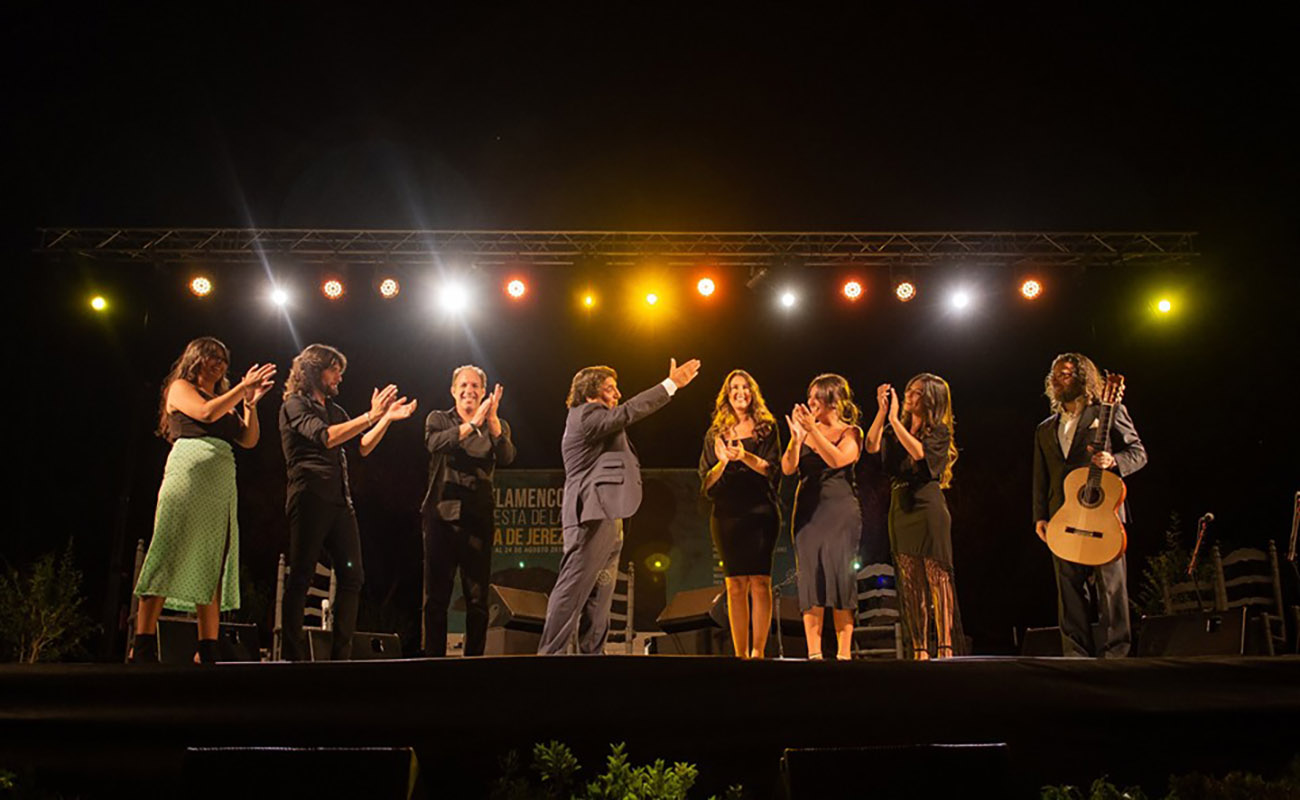