Guitar, cante and baile are featured in this unique venue of Madrid, together with presentations of festivals and books and even a recital of flamenco poetry 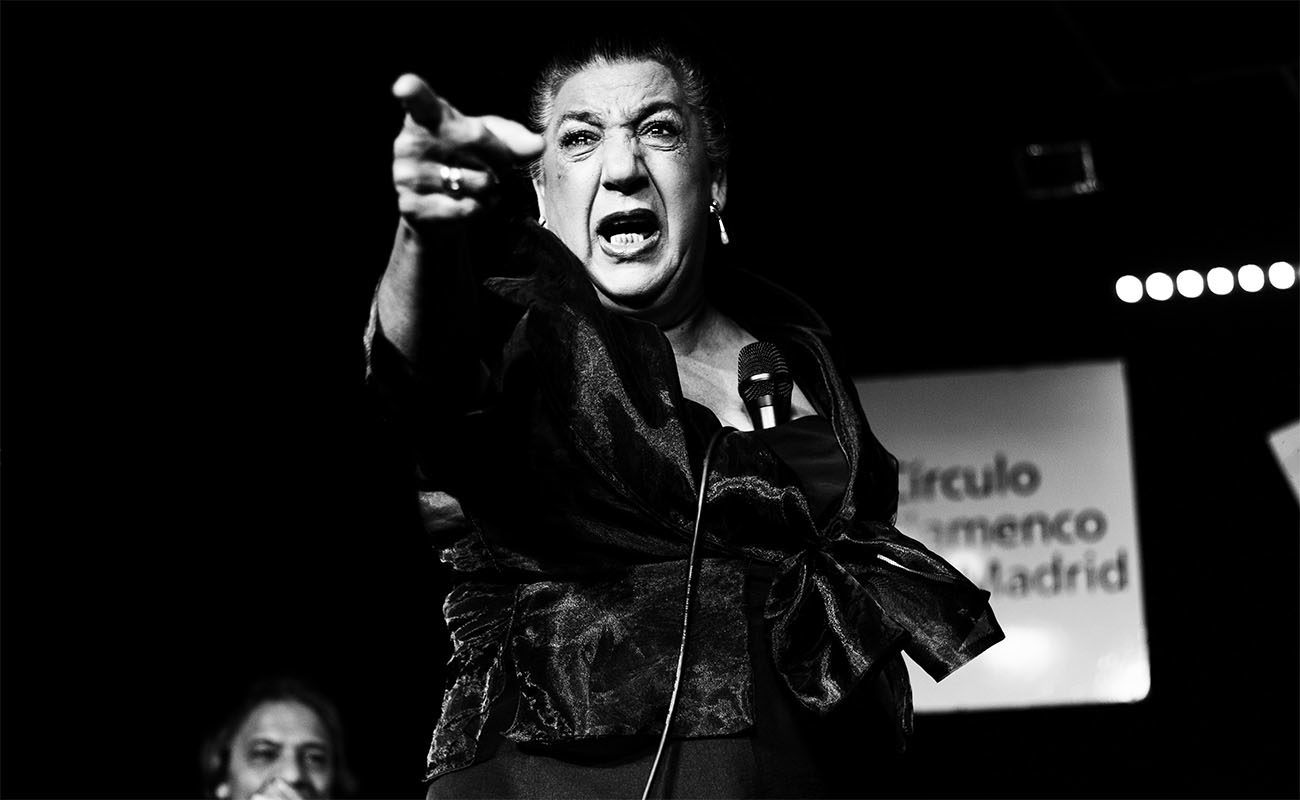 A few days ago, Carlos Martín Ballester, president of the Círculo Flamenco de Madrid, announced in his Facebook wall the official programming of that entity for the second semester of 2019. To stage its events, the Círculo has three different spaces. Most shows will take place at Sala Off Latina, where also a recital of flamenco poetry will be staged by the actors Arturo Querejeta, Francisco Rojas and Eva Rufo. On May 14th, The Teatro Flamenco de Madrid will host the presentation of the Reunión de Cante Jondo de la Puebla de Cazalla festival. And then there is the classic Sin Tarima Libros, ideal for promoting flamenco literature.

This series starts on April 11th with a recital by Cancanilla de Marbella, joined by the guitars of Juan Requena and Juan Antonio Muñoz. There will also be a bit of baile by Carrete de Málaga. The series ends on June 27th with a guitar concert by Juan Habichuela Nieto.

In between, there will be other six show, with three of them standing out: the one at Teatro Flamenco de Madrid, with performances by Pepe el Boleco and Rubito Hijo, joined by Antonio Carrión; The one by Vicente Soto and Nono Jero on May 16th, at Sala Off Latina; and then on June 20th, in that same space, aficionados will have the privilege of listening to a recital by maestro Juan Villar, joined by the guitar of another great artist, Periquín Niño Jero.

The poster showing the whole program was designed by María Artigas. 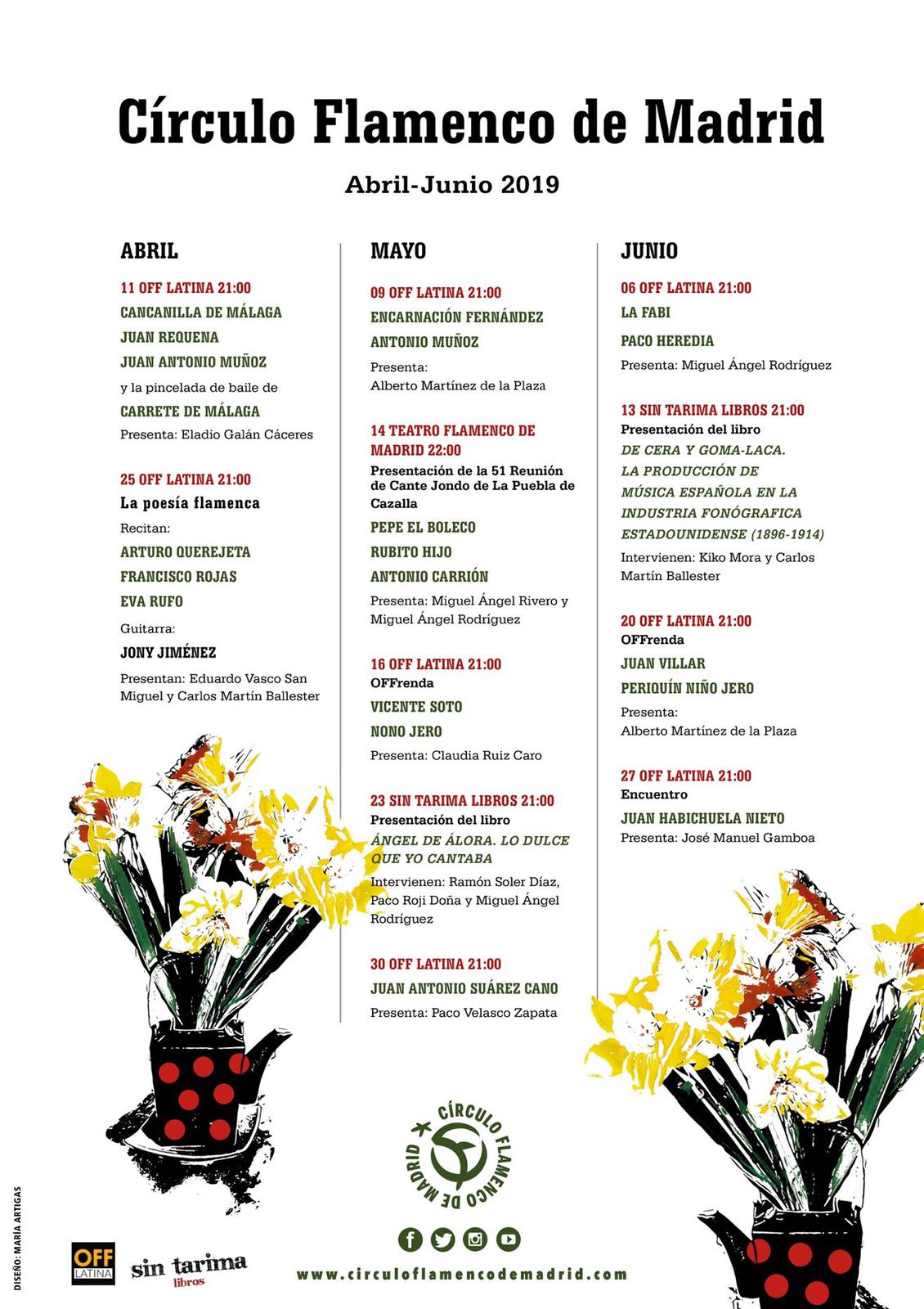