The social networks and the specialized media magnify even further the renown of Juan Moneo ‘El Torta’, Manuel de los Santos ‘Agujetas’ and Manuel Moneo Lara, whose soul seemed to levitate until reaching another dimension 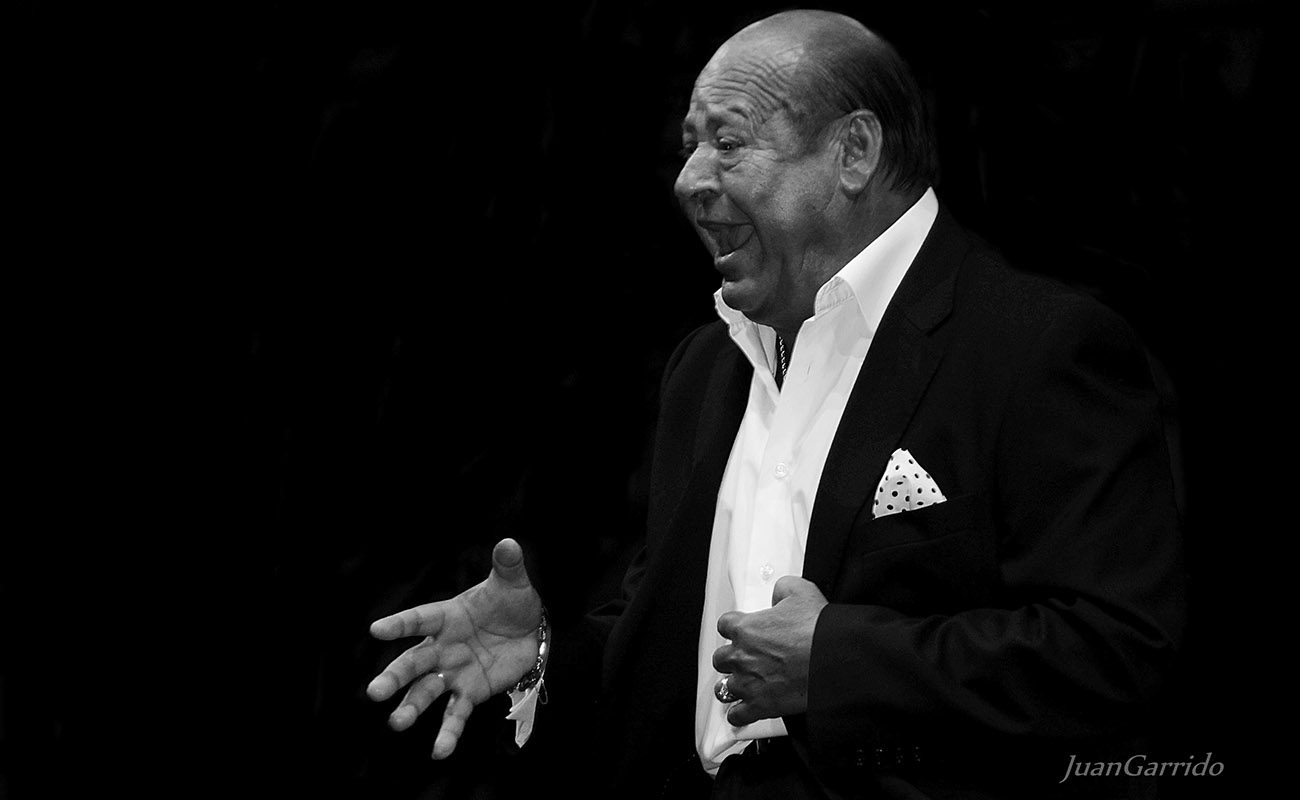 It hasn’t been all joy in Jerez, with its renowned zambombas at this time of the year. Many aficionados of the good cante flamenco of La Plazuela neighborhood in Jerez still mourn three of the most influential flamenco voices of the last few decades. The social networks and the specialized media remember them and their singing, magnifying even further the renown of Juan Moneo ‘El Torta’, Manuel de los Santos ‘Agujetas’ and Manuel Moneo Lara. All of them were acclaimed residents of this corner of the San Miguel district, now overlooked by the majestic statue honoring La Paquera, where those full-blooded Gypsies played and ran around, peeking into the windows of the numerous tabancos in the area, such as Ignacio’s, to listen to veteran cantaores like Alfonso ‘El Berenjeno’, Viejo Agujetas and Tío Mingo Rubichi…

It’s true that Agujetas’ association with this district during his childhood wasn’t as strong, on account of his family having settled in Rota, but without a doubt he was always considered one of the best examples of the Plazuela style of cante. However, the Moneo brothers were very close to the Acebuche, Sol or Empedrada streets as they grew to become professional cantaores.

The first one who passed away was Juan, on December 31st, 2013. It happened at his house in Sanlúcar de Barrameda, where he lived since he started a family and where his son Juanito was born. He was in Jerez a few days earlier, meeting friends and singing cheerfully, although he had some breathing problems. No one expected that unlucky year to end with the tragic news we heard at dawn, leaving his neighborhood, his city and the whole flamenco world totally distraught.  At 61 years old, El Torta still had his signature charisma, although he seemed more relaxed, and he was still in demand by peñas and renowned festivals such as Viernes Flamencos or Jerez’s Fiesta de la Bulería — oddly, he took part in both events that year — becoming a veritable icon for young flamenco artists and aficionados after his death.

Another blow for flamenco aficionados was the death of Manuel ‘Agujetas’ on Christmas day, 2015. He passed away at Jerez Hospital after being admitted a few days earlier, being afflicted for several months with an illness that just a few people knew about. The fans of this enigmatic artists still considered their King to be a strong man, able to make the walls tremble with his martinetes. This unpredictable seguiriyero was able to maintain the mystery of vitality, overcoming all obstacles, until the very end. He was always well-dressed, wearing good suits and gleaming shoes which made him look like an artist from another era, expressing sounds soaked in history. People still remember seeing Manuel Morao at the funeral chapel of the old town hall, in silence, defeated, saying farewell to that incomparable champion of cante gitano. Before being cremated, his corpse was taken before the image of Cristo de la Expiración in a truly moving moment.

Two years later, on December 19th, 2017, to be specific, the voice of 67-year old Manuel Moneo became forever silent, after a long illness he courageously faced for several months. That sad morning, just days before Christmas, Jerez and the whole world lost one of the best cantaores of our times, a voice with a vibrant echo and blunt to the bone. Even as he never truly overcame the sadness of loosing his 24-year-old grandson Barullito, a true angel, Manuel returned to the stages, telling yours truly in an interview published in the Diario de Jerez newspaper that «now my cante is full of sorrow». Perhaps that’s the reason the performances of his later years were particularly moving, because seeing him on stage with his son Barullo, his sons-in-law Aoño and Rambo, joined by the guitars of Miguel Salado or Diego del Morao, were a veritable ritual where Manuel’s soul seemed to levitate until reaching another dimension. That’s how he was perceived by the loyal fans who witnessed the last tears of his sorrow. 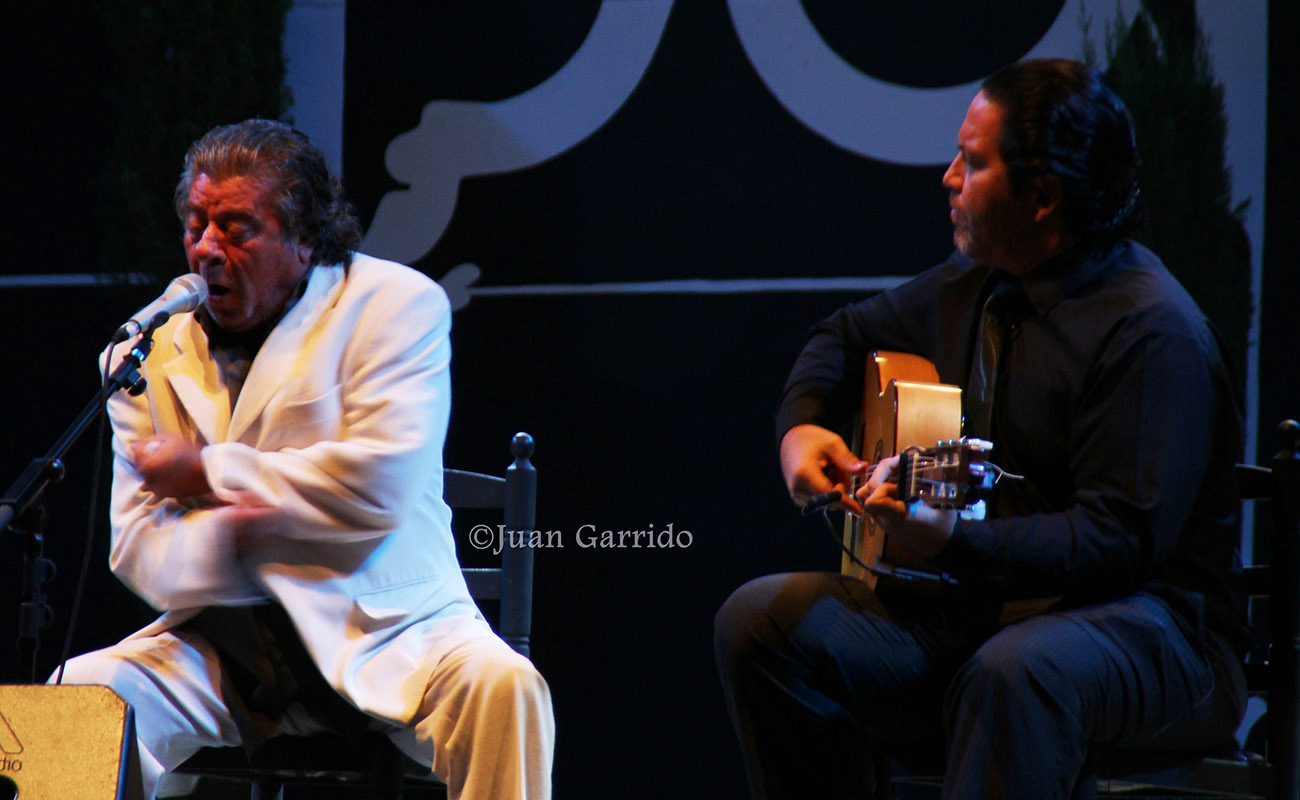