The ninth edition of the Flamenco On Fire Festival will be celebrated from the 24th to the 28th of August in Navarra. Performing among others will be Carmen Linares, José Mercé, Israel Fernández, María José Llergo, María Toledo, Estévez & Paños and Cristian de Moret.

From the 24th to the 28th of August, the region of Navarra will transform into a first-class flamenco stage for the ninth consecutive year. Carmen Linares, José Mercé and Israel Fernández are three of the many artists who are making this possible. In attendance will be the flamenco singer María José Llergo, along with María Toledo, a singer and pianist. Dancers and choreographers, Estévez and Paños will also be there, along with the guitarist Raúl Cantizano and Los Voluble. The Huelva-born Cristian de Moret and los Derby Motoreta’s Burrito Kachimba also present their vision in the festival. The cities of Pamplona and Tudela will host the Great Concerts cycle.

Flamenco on Fire will begin in the town of Viana on the 12th of August, where they will be showcasing La Fabi, Sandra Carrasco and Alba Heredia who will be accompanied by Joni Jiménez on guitar.

Following the question asked last year: what is flamenco? In this year’s edition, the festival focuses on flamenco lyrics: qué canta el cante. The singers vocalize the great themes of humanity: life, death, and love. And what is told in flamenco or what the cante sings, makes us think. Transmitting the emotion of flamenco through its lyrics is one of the major challenges of this music. In flamenco, the heart guides until one finds a repertoire of stories with great poetic value. Breakups and joys, jealousy, mothers, betrayal and more. What is lost is sung. And therefore, the lyrics are never forgotten. The theme of the 9th edition of the festival works with these themes of dictation, and lyrical importance and demonstrates how an oral legacy was carried on. Moreover, the festival asks the question, of which artists and performers were the favourites of the public? And which ones were forgotten, and which ones were not?

The first preview of the program for the 9th edition of Flamenco On Fire was presented at Corral de la Morería in Madrid, with the aim of putting the spotlight on the lyrics of flamenco. El Ciclo Grandes Conciertos will be held at the Baluarte auditorium, the Gayarre theater and the Zentral hall as stages in Pamplona and the Gaztambide theater in Tudela. At the festival, there will be a variety of different styles, as well as different generations that come together under one art. Among these variations is dance, which is given space to be experiential and daring. 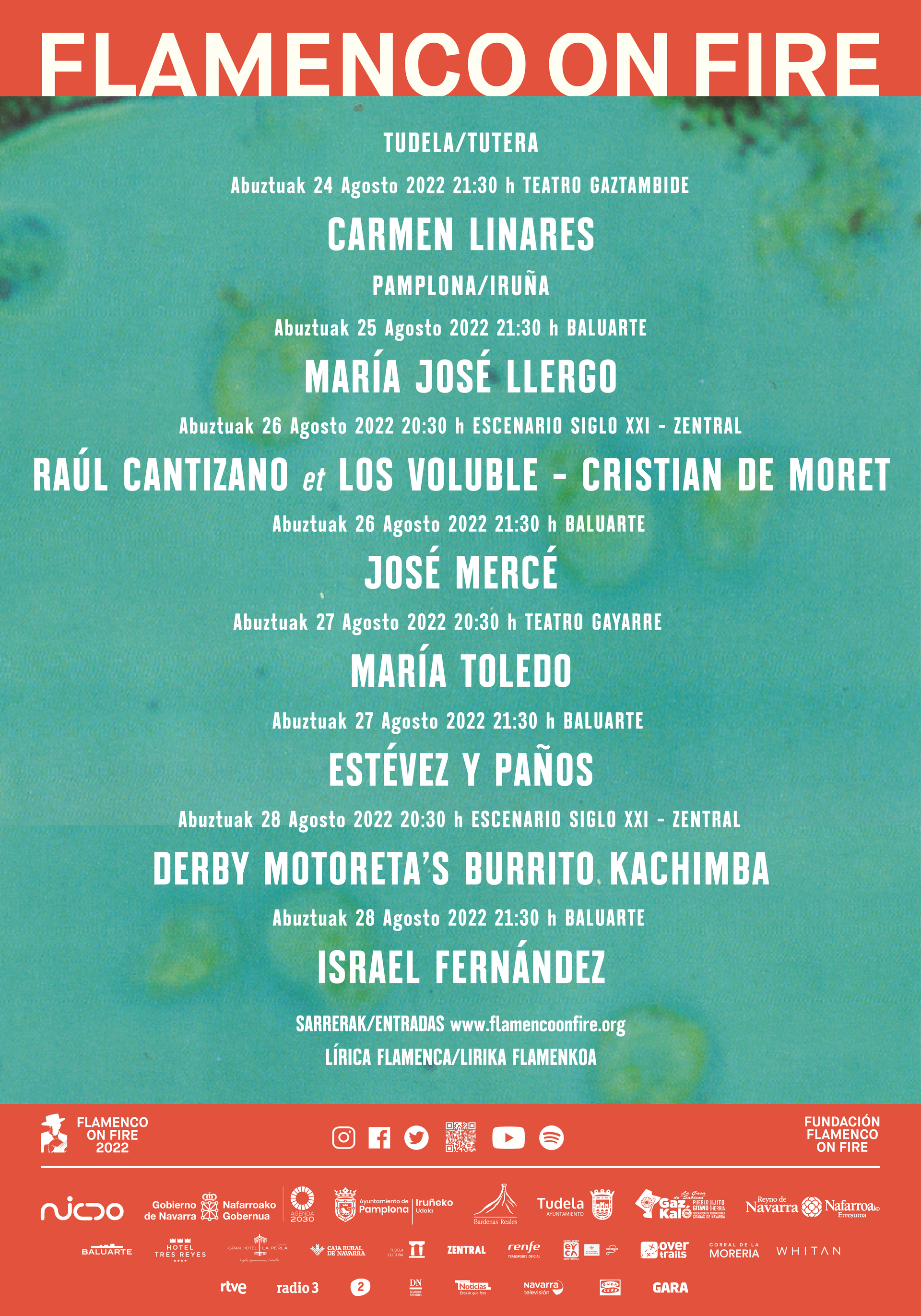