Besides Tomasa Guerrero ‘La Macanita’, the lineup of this great event of the Comunidad Valenciana also includes María Pagés, Dorantes and Alfredo Tejada. The festival takes place between November 8th and November 29th 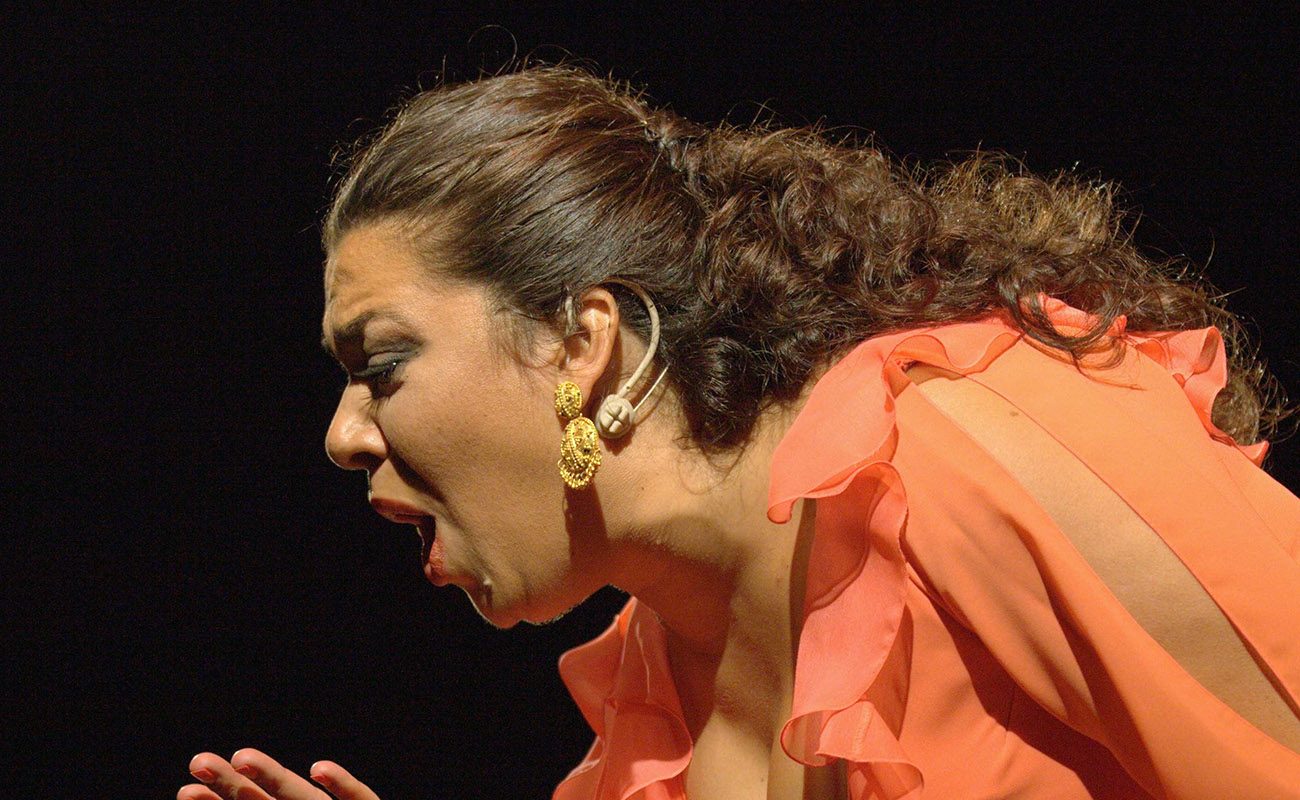 One more time, the city of Alicante adds flamenco to its Autumn cultural life. This is the third edition of the Festival Flamenco Mediterráneo, what attest to the fact that this is a well-thought event, based on the diversity of shows and the creation of a solid program featuring the concerts themselves, screenings, conferences, photographic expositions and the International Photography Contest. Under the direction and organization of Fundación Caja Mediterráneo, the cornerstone of the program are the four concerts of cante, baile and toque that are planned for this occasion.

Tomasa Guerrero ‘La Macanita’ is the one in charge of opening this festival on November 8th, with her show Jerez por bandera, showcasing her own cante and joined by the guitar of Manuel Valencia, the palmas of Chicharito, Manuel Macano and Manuel Cantarote, and also featuring the baile of Sarai García and the voice of Ana de los Reyes, both also from Jerez.

«La Macanita has a very special, unique and even enviable Gypsy voice, evoking a bygone era and a generation that has practically vanished»

La Macanita is considered one of the leading voices of today’s flamenco. Her roots, career, discography and awards give credence to this statement, shared among so many aficionados of this art genre. This cantaora from Jerez, who in 2019 celebrated 30 years of professional career with a highly acclaimed show at Jerez’s Alcázar with over 1200 attendees, has a very special, unique and even enviable Gypsy voice, evoking a bygone era and a generation that has practically vanished. Thus, this cantaora from the Santiago district of Jerez is an heir to the invaluable treasure received by oral tradition. She has been showcasing Jerez’s soulful and rhythmic bulería corta since she was four years old, when she was featured in the iconic Rito y Geografía del Cante TV series.

Her soleá is like a lethal weapon, just like her malagueña, her tientos and tangos, and whatever else she feels like singing. Nonetheless, she has also accepted the challenge of bringing to life compositions of other renowned authors such as Gallardo, Cepero and Fernando Terremoto. El amante se acerca, Sueño de amor, Adiós Tristeza, El corazón tras la puerta, Volver a Verte and Maldigo tus ojos verdes are some of the best-known hits of this cantaora. ‘Jerez por bandera’ is a show produced by IFI Jerez.

That same stage will feature María Pagés on November 15th, who will perform Óyeme con los ojos, a show inspired by the poem Sentimientos de ausente (Feelings of the absent) by the 17th century nun, philosopher, composer and poet Juana Inés de la Cruz. In this solo choreography, the only one she has created in her whole career, María Pages, joined by six excellent musicians, narrates the life and the spiritual and existential concerns of a woman whose life is defined by baile as her ethical vocation. Dorantes, pianist from Lebrija, and Alfredo Tejada, cantaor from Málaga, will be featured on November 22nd and November 29th respectively, with the former performing the show Interacción and the latter performing Sentidos del alma.

Program and tickets are available in this link.