The guitarist Antonio Carrión is awarded the 2019 “Musa Flamenca”

«All awards are welcome, but these are the most satisfying ones, because they’re a recognition of a long career, in my own land»… 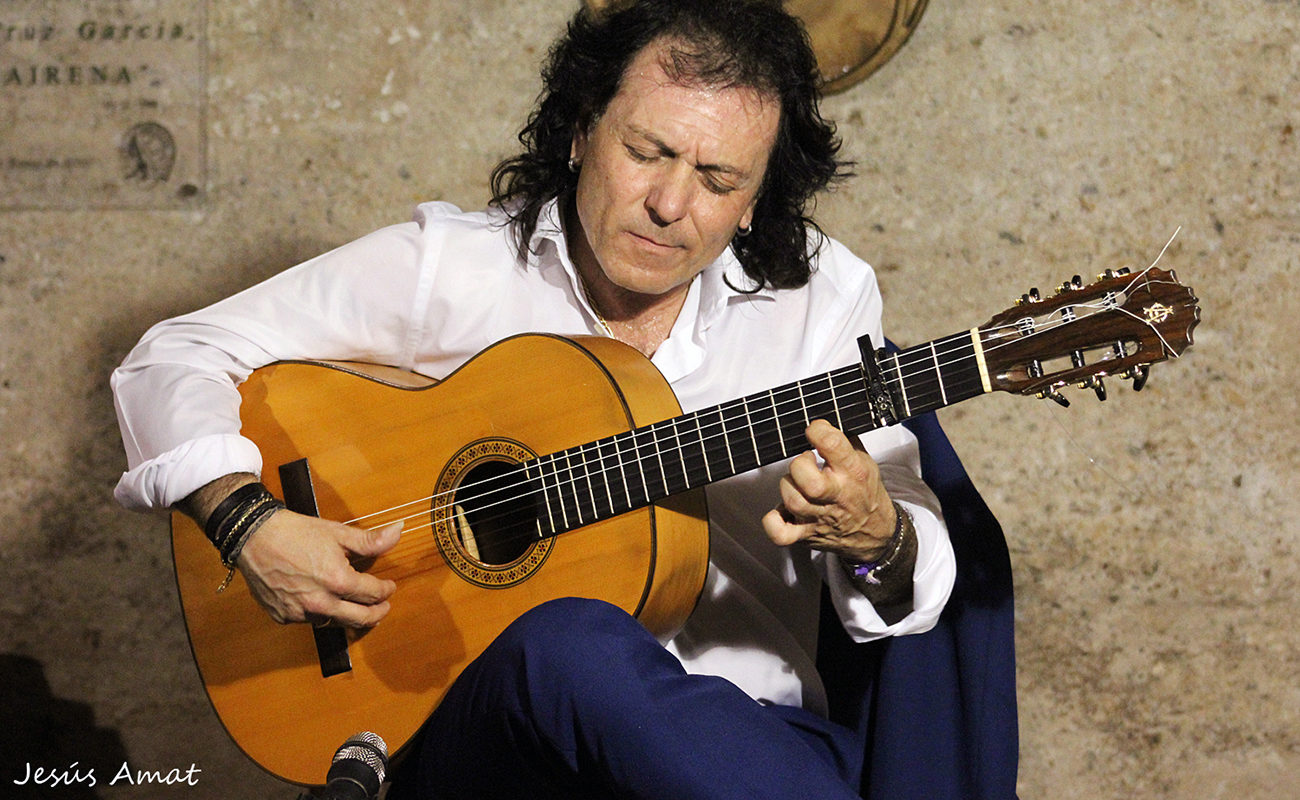 His name is Antonio Carrión Jiménez, and for many years he has probably been the guitarist of accompaniment in highest demand by the leading stars in cante jondo. He was born on May 6th, 1964 in Mairena Del Alcor (Seville Province), in the midst of a family with a great flamenco tradition.

Known in his early years as Niño Carrión, he’s the son of cantaor José Antonio Carrión Sánchez Carrión de Mairena (b. Mairena del Alcor, 1932), grand-nephew of Cancuna, related to Cascabel de Mairena and to Niño Segundo, that innkeeper of Castilla Street who dazed his patrons with his soleá de Triana.

The Musa Flamenca is an award bestowed every year by the Federación Provincial de Sevilla de Entidades Flamencas, which is made up by seventy-five cultural associations with a common goal: the promotion of flamenco. The bronze statuette, created by the sculptor Jesús Gavira, is the highest award granted by this Federation. Among the recipients of this honor in the last decade are the guitarists Manolo Sanlúcar and Niño Elías; entities such as the Council of Seville, the peñas flamencas “Pepe Montaraz” of Lebrija and “El Gallo” of Morón de la Frontera; and the cantaores Calixto Sánchez and Miguel Poveda.

Among the awards that Carrión has received through his long career are the Premio Nacional 2008 de la Cátedra de Flamencología de Jerez, the 2010 Bienal de Sevilla’s Giraldillo for the Best Guitar of Accompaniment and the 2002 Latin Grammy for the Best Flamenco Album, accompanying Chocolate.

A few days ago, Antonio Carrión received this letter from the Federation:

The Board of Directors of the Federación Provincial de Sevilla de Entidades Flamencas, gathered on January 26th in its headquarters on 1 Dante Street, Seville, agreed by unanimity, considering your dedication, career path and collaboration with the peñas flamencas of this Federation, to award you the Musa Flamenca, the highest honor of our Federation.

Such award will be handed over at the 9th Encuentro Anual de Peñas Flamencas de Sevilla y Provincia, which will take place on October 6th, 2019, at 12 noon in the Teatro Enrique de la Cuadra de Utrera.