Home / Actualidad flamenca  / A Good Moment for Baile in Jerez

A Good Moment for Baile in Jerez

While it’s true that the Festival de Jerez (held every year at the end of February and beginning of March) is the best thermometer to measure the health of flamenco baile and dance the world over, it’s also true that the social networks and conversations among friends may shed light on what we can really find in this town of Cádiz province 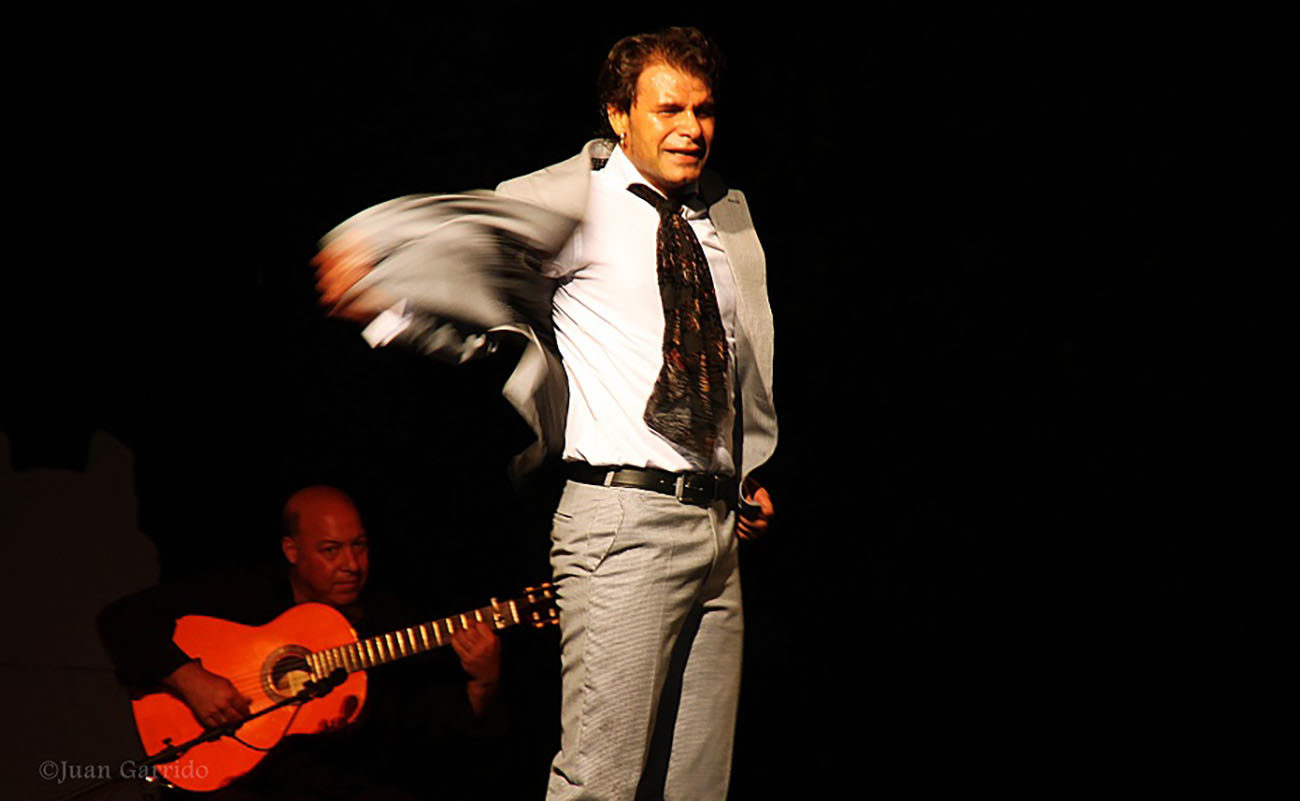 While it’s true that the Festival de Jerez (held every year at the end of February and beginning of March) is the best thermometer to measure the health of flamenco baile and dance the world over, it’s also true that the social networks and conversations among friends may shed light on what we can really find in this town of Cádiz province which keeps adding to the history of arte jondo numerous artists of great quality. Regarding the above-mentioned festival we must highlight how it attracts people from all over the world. In its latest edition, 2018, there were about 34,500 attendees from 45 different countries, quite something. It’s an event which takes the leading stars of local baile to its main stage, the Teatro Villamarta, as well to other renowned venues in its program. Joaquín Grilo, María del Mar Moreno, Andrés Peña, Antonio El Pipa, Leonor Leal, Mercedes Ruiz and Domingo Ortega are all names which, for good reason, are featured year after year. We must point out the participation of Manuela Carpio who, after her absolute focus on teaching, has opened her wings to delight all those who seek the purest Gypsy baile, having had increased the number of galas where she performed this season. These are the most renowned names in the rooster of bailaores and bailaoras in the land of Manuel Torres, although luckily, we still can count on the collaboration of other great maestras such as Chiqui de Jerez, Ana María López, Juan Parra and even Angelita Gómez. Different generations who give the public a lot of satisfaction, which is what really counts, after all.

Then there’s the new wave, with the fervent vitality of those who want to succeed, being the witnesses of those who came before them. This year we’ve been able to confirm that there is good material for the continuity of baile in Jerez, with artists such as Gema Moneo and Miguel Ángel Heredia, who have been acclaimed by the festival’s regulars. The media even named Moneo the 22nd edition’s “Revelation Artist”, almost tied with Heredia. This is noteworthy, since both of them are true heirs of the Jerez school who show their love for that style of the old bailaoras of the Santiago and San Miguel districts who left their mark for posterity, such as Tía Juana la del Pipa, María Soleá, Luisa La Torrán, Ana Parrilla or some others from the peña Tío José de Paula (Bastiana, Yoya, Currita, Churra, Majuma, Chicharrona, Salvaorita…). Yet, there is plenty of room for a clean technique in those Gypsy bodies which refine their skill in the different palos of flamenco in academies with other teachers. The results are unbeatable. There is such a long list of names that I’m sure I’ll forget some, but we can’t leave out the great success of Juan Antonio Tejero and Irene Carrasco in the 2017 edition, or that of Carmen Herrera in 2014, with her show ‘Raíz y Pureza‘. Beatriz Morales has also featured in the last few editions, as a presentation.

Among those who should feature in this festival sooner or later, we have Ana María Blanco, Soraya Clavijo, Saray García, Jessica Brea, Rocío Marín and Fernando Jiménez, the latter being a clear example of the preferred baile of Jerez, that’ most valued by the locals. Naturality, difficulty that looks easy, Diego de la Margara’s crossing his wrists up in the air, his feet on the slab, his waist barely moving. Or even Fernando Jiménez himself, who deserves more than he gets because the secret is in his genes. He has no match in a party, we have to say it all. These are the typical names often featured in other type of events such as Viernes Flamencos o the peña circuits.

The key to having so much to choose from is perhaps due to the fact that in any given social gathering, the kind flamencos like best, all generations are present. Jerez is that kind of place where we may end up in a party where can enjoy the cante of the Zambos, Carpios or Méndez and the baile of Ana María López, Saray García and Pepe El Zorri, that gentlemen with such poise who is able to hypnotize whoever watches him dancing. 82 years old, that’s quite something. Ah! Another one who may show up would be Rocío Carrasco, the 8-year-old who achieved great success in the past edition of Viernes Flamencos, together with Triana Jero, who is a little older, finishing with Rocío La Jerezana, so good. This real and authentic coexistence of all generations ensures that, as years go by, baile in Jerez can enjoy superb health and a very promising future. 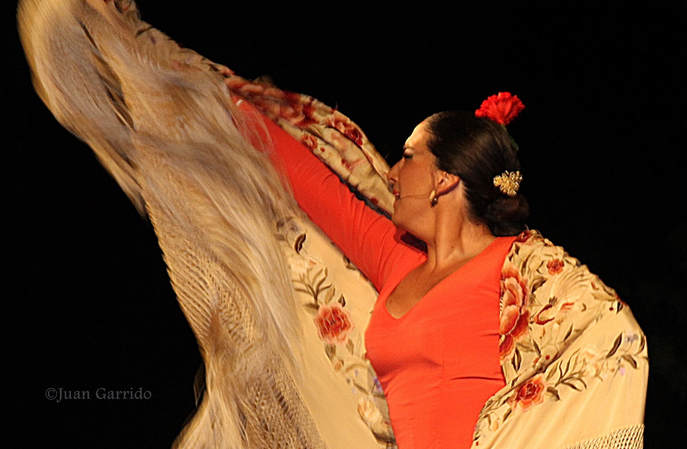 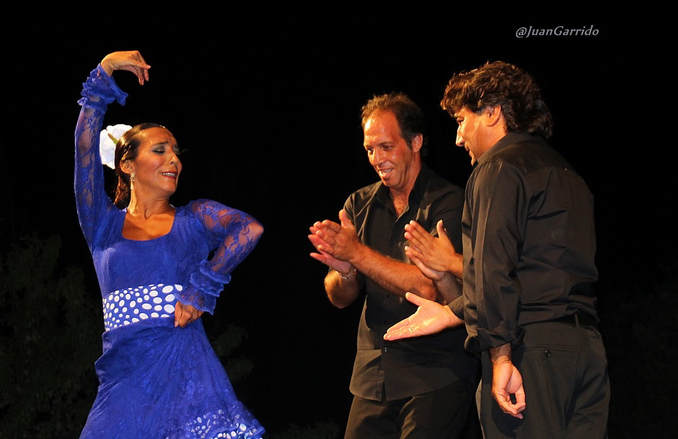 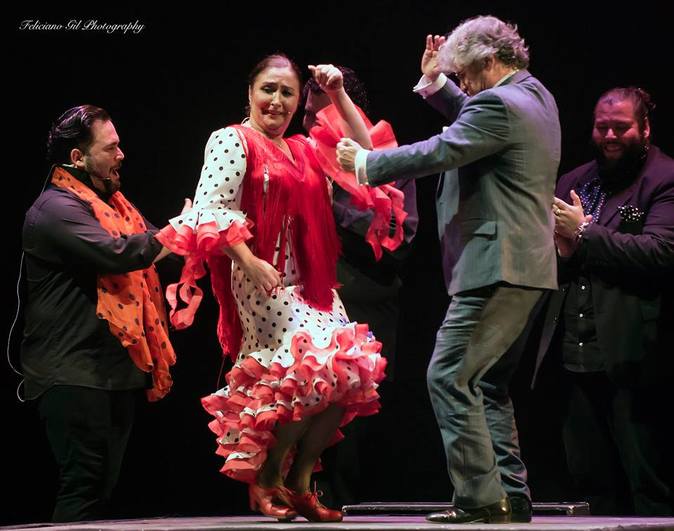