It’s official. Juana la del Pipa will sing again in Jerez. The last time this happened was last August in the 50th edition of Fiesta de la Bulería where, besides singing, she delighted the public with an unforgettable dance to the tune of Rancapino Chico, as can be attested by the many viral videos that came out of it. The thing is 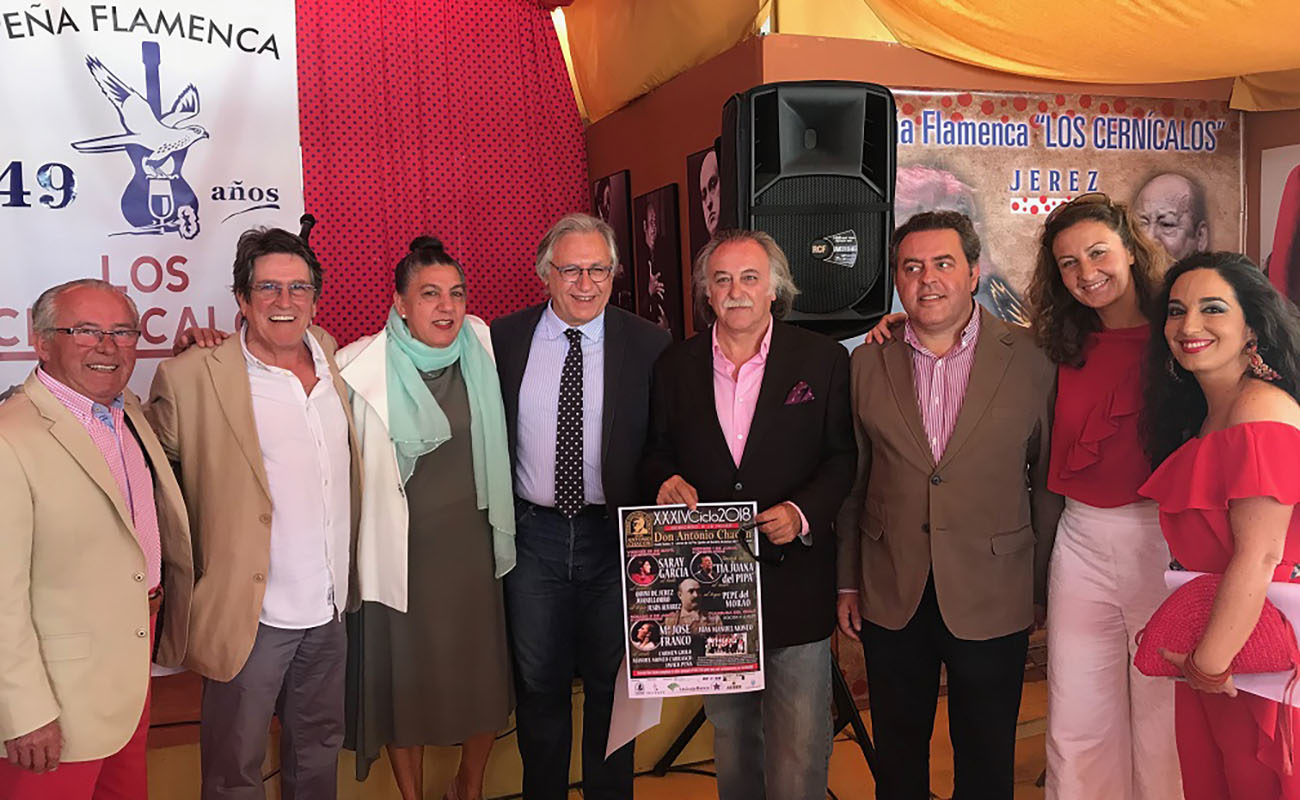 It’s official. Juana la del Pipa will sing again in Jerez. The last time this happened was last August in the 50th edition of Fiesta de la Bulería where, besides singing, she delighted the public with an unforgettable dance to the tune of Rancapino Chico, as can be attested by the many viral videos that came out of it. The thing is that Jerez, which is also the birthplace of her mother, the great Tía Juana de los Reyes Valencia, la del Pipa, has always considered this cantaora as one icon of its most universal musical genre, the arte jondo. She is and will always be one of the most beloved and respected of flamenco artists, held in the highest regard by aficionados and colleagues, with whom she has a great friendship, being idolized by some, such as Moraíto.

The Tina Turner of Nueva Street, as one New York music critic once called her (a moniker she readily adopted) will take centerstage in a recital at the Centro Cultural Flamenco Don Antonio Chacón on Friday June 1 at 10 PM (free attendance), where she’ll be joined by the guitar of Pepe del Morao. This recital has certain historical importance, since, as stated by Juana herself in the press conference presenting the event, “it will be the first time ever I perform in this peña”. This event’s presentation protocol took place at the booth of Peña Flamenca Los Cernícalos, which is hosting its sister peña these days of fiesta, during the Feria del Caballo. In attendance there were several representatives of the world of peñas as well as Francisco Camas, Jerez’s Town Hall Cultural Delegate, and the remainder of the artists who will take part in the 34th edition of a series which this year is dedicated to women.

The Friday before Juana’s recital there will be a performance by Saray García, bailaora from Jerez who is at the highest point in her career, being in demand by the foremost tablaos in Spain. She has been an artist from an early age, starting to perform under the wing of her teacher Ana María López with the ensemble Semilla Flamenca. Little by little, she has been polishing her style until developing her own, which is quintessentially Jerez, with a high technical quality, yet never neglecting the art of the wrists. For dancing it’s essential to have good cante, so she’ll be joined by Joaquín Marín El Quini and Juanillorro, as well as by the guitar of Jesús Álvarez. The date is May 25, at the same time.

Juan Alfonso Romero, the peña’s president, acknowledged that it’s “an exciting lineup for our peña, because we wanted to give women their space, for many generations”. The last performance will take place on June 9, with the traditional member’s dinner, where only members who have previously requested an invitation will be admitted. For that evening, the peña’s management have prepared something very, very special. María José Franco, an established bailaora from Cádiz, will bring the ocean breeze to this venue, where it will meet the brave cante of Jerez, with Carmen Grilo, Manuel Moneo Carrasco and Javier Peña, without forgetting the guitar of Juan Manuel Moneo, one more reason to enjoy this performance. That evening, a group from Málaga’s Peña Juan Breva and the Panda de Verdiales del Santón Pitar will come, “wishing to pay homage to the memory of Don Antonio Chacón”. 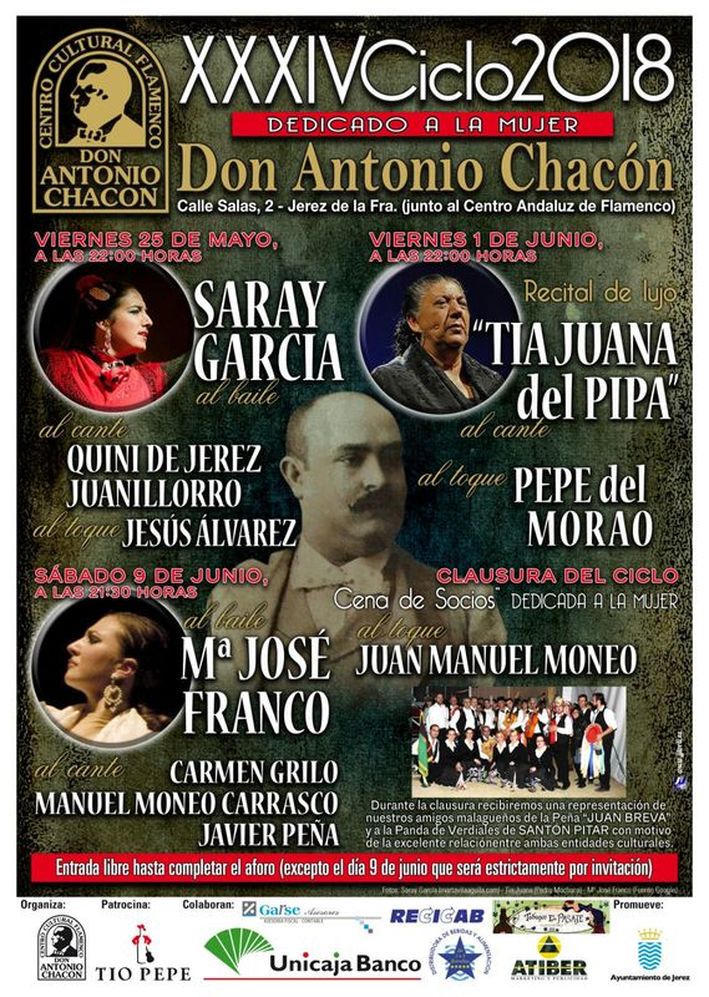