It’s almost eight years since La Guarida del Ángel, that venue on #1 Porvenir street in downtown Jerez, has been holding its 'Jerez off Festival', increasing the performances on offer for the 23rd edition of the Festival de Jerez, which will take place from February 23 to March 9, 2019. Once again, its director, Mario González, has bet on a 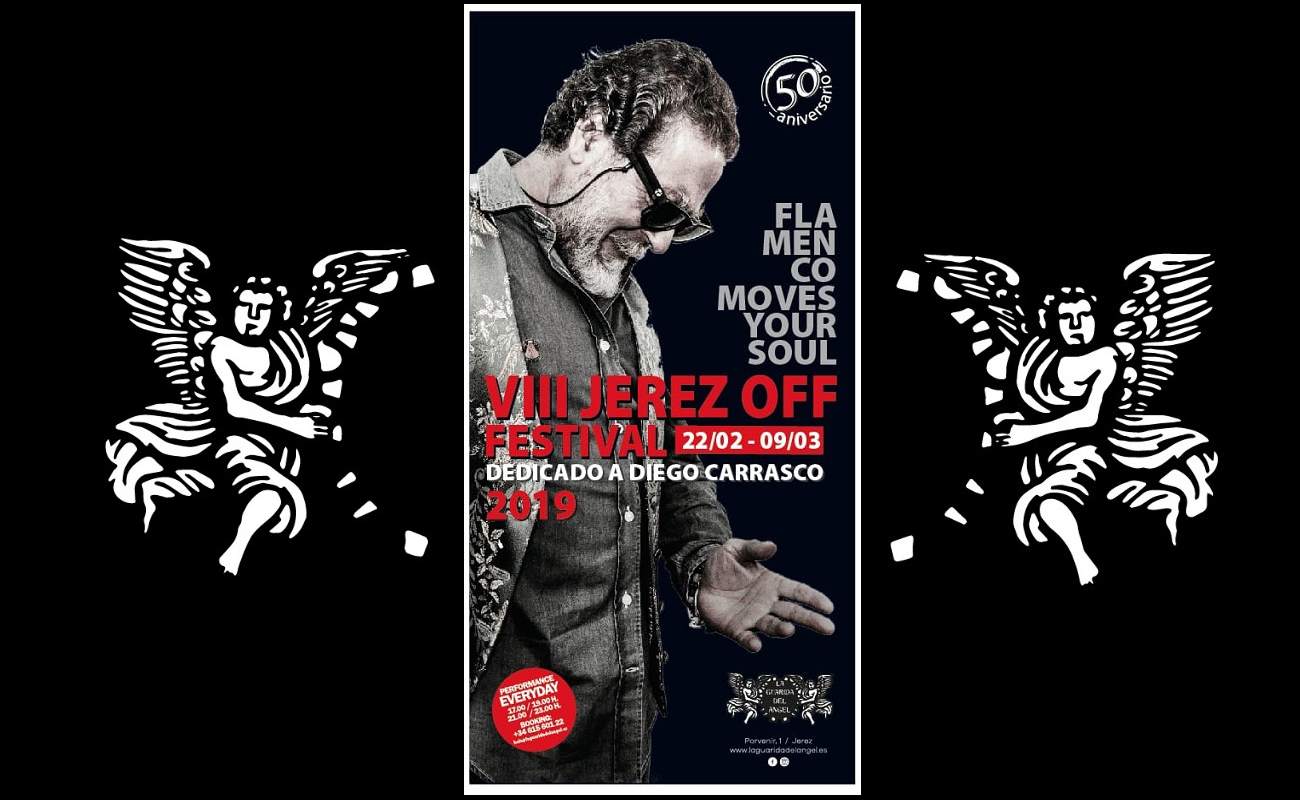 It’s almost eight years since La Guarida del Ángel, that venue on #1 Porvenir street in downtown Jerez, has been holding its ‘Jerez off Festival’, increasing the performances on offer for the 23rd edition of the Festival de Jerez, which will take place from February 23 to March 9, 2019. Once again, its director, Mario González, has bet on a courageous program on par with the official program of the Festival, as this is a parallel initiative, although it has high relevance in the two weeks when Jerez will host hundreds of flamenco students from all over the world. The organization has managed to fit in over sixty small-format performances, where once again the baile academies of this city will be centerstage, promoting the interests of the new generations in their more representative culture. While in former years this festival has honored artists such as Fernando Terremoto, Angelita Gómez and Paco Cepero, the next edition will honor Diego Carrasco, who is celebrating the 50th anniversary of his artistic career and who happily attended the press conference about all the details of this off festival.

This festival’s opening day will be February 22, a day dedicated to Japan when Mari Matsumoto and Fumino Kaneko will offer a warm welcome to the people of that country, whose visitors are the most numerous of the festival. That same evening, back to her land after a three-year absence, Kina Méndez will also perform, as well as Ané Carrasco, one of the most renowned percussionists in our days, who will certainly be joined by his father Diego Carrasco, who will enjoy the first applauses in this edition where he’ll be present everywhere.

Among the baile academies which will perform at the charming stage of La Guarida will be those of Beatriz Morales, Macarena de Jerez, Carmen Herrera, Soraya Clavijo, Chiqui de Jerez, Tatiana Ruiz, Mariam Jiménez, Esther Aranda and Susana Chacón, as well as the Jerez Puro company, Centro de Baile Jerez and the students of Mercedes Ruiz. The performances will start at 5 PM and will continue every two hours until late at night. In several evenings, the sessions will finish around 2 AM, at the end of the 1 AM performances, which will focus on the younger public who seek the sounds of new flamenco with artists such as Maloko, MushoGitano, Antonio Agujetas Chico, Montse Cortés or Diego himself.

Tickets are not yet on sale, but they will soon be available from La Guarida’s website, http://laguaridadelangel.es/festival-off-flamenco/ ,which will also have detailed and complete information about the program.