El Boleco is in high demand by great festivals and by numerous peñas in Andalusia, and he has piqued the interest of the most traditional and purist (in the best sense of the word) flamenco aficionados. 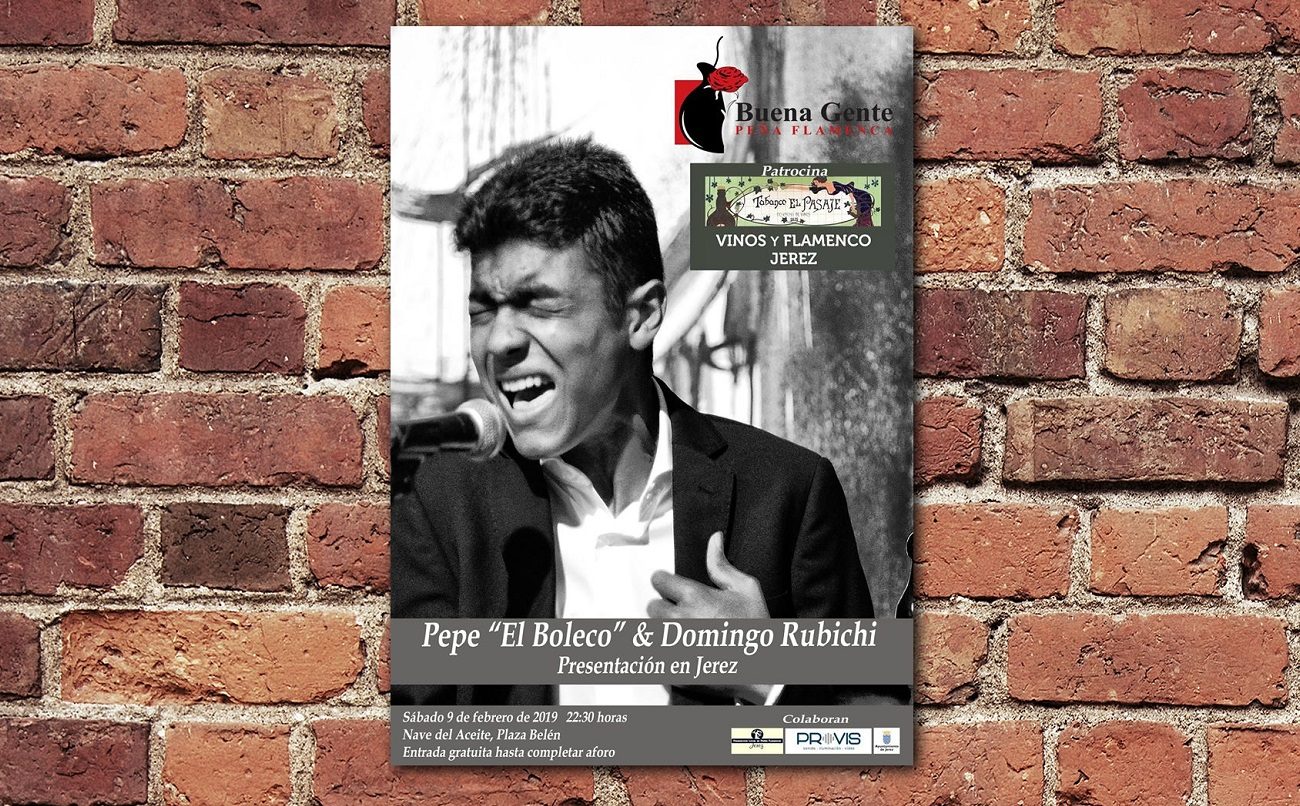 Cinnamon is one of the most highly prized spices in our days, used in kitchens all over the world, and its taste and aromatic qualities arouse sensations greatly valued by the most discerning palates. And here we have a restless, young Gypsy cantaor who’s able to seduce us like cinnamon. I had the pleasure of presenting him in the Velá de las Nieves festival in Arcos de la Frontera, last August. When I met him in his dressing room, I realized he wasn’t just another kid, because his attitude and gestures were those of a bygone era, preserving the traditional esthetic of the flamenco cantaor.

El Boleco is in high demand by great festivals and by numerous peñas in Andalusia, and he has piqued the interest of the most traditional and purist (in the best sense of the word) flamenco aficionados. Like cinnamon, he greatly pleases those who have a taste of him, inviting them to have more of his essence. In Arcos, he shared the lineup with José Carpio Mijita, Remedios Reyes, Lela Soto and Alonso Rancapino Chico, achieving a great success. People like his Gypsy style because he takes care of finding the right balance between the primitive and the innovative, perhaps this is a gift from God. He was born in 2001, at the time when José Mercé’s successful album Aire was released and people in general were loving flamenco once again, even featuring it in nightclubs. Yet, Pepe, that kid from Puebla de Cazalla, didn’t allow himself to become influenced by commercial flamenco, but drew inspiration as he grew up by the echoes of Chocolate (another cantaor with cinnamon skin), Juan Talega or Tomás Pavón, in soleás, fandangosor romances.

There is hope for those in Jerez who demand the harshness of Gypsy cante, with emerging artists such as María Terremoto (who premiered at the C.C.F. Don Antonio Chacón), Alonso El Purili (who premiered at Peña La Bulería), Manuel de la Tomasa and Israel Fernández (who have not performed in Jerez yet). The aficionados of Jerez are more familiar with Enrique Remache, Rafael del Zambo and Manuel de la Nina, who released that album Pasaje en el tiempo, and there are other good voices such as those of José El Berenjeno, Manuel Moneo Carrasco and Manuel de Cantarote. Now is the time for Pepe El Boleco to debut in Jerez, at Peña Buena Gente, this Saturday, February 9 at 10:30 PM, with free admission until filling the venue. The promotion of this event has already created great expectation among the aficionados of Jerez, as it’s a sign of the emergence of artists who are able to shake flamenco once again. Pepe will be joined by Domingo Rubichi, possibly one of the best guitarists in our days for cante accompaniment. 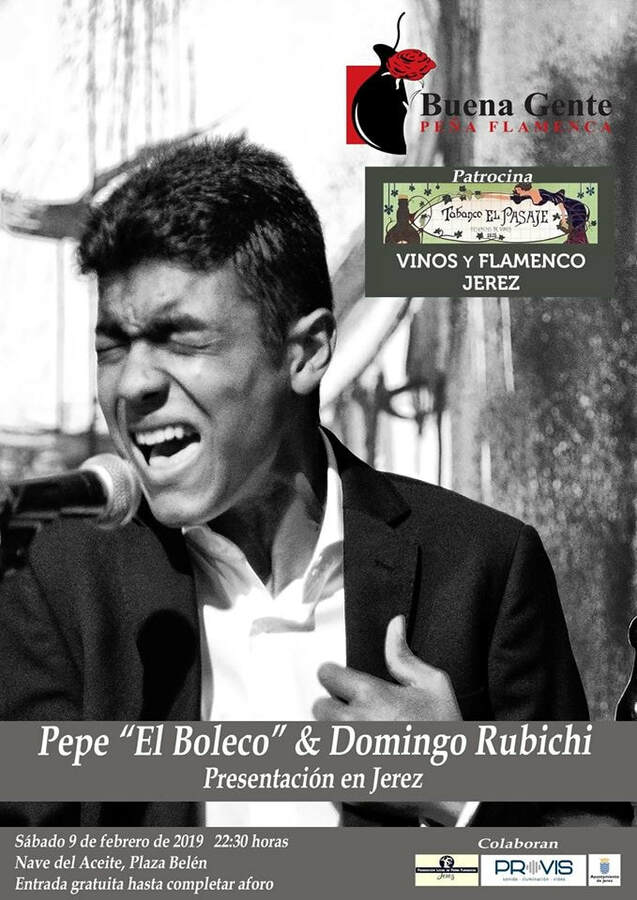