I remember that when I started this flamenco aficionado thing, in the 1970s, there were still places in Seville where artists would hang out, some trying to make a living, and others just for the sake of chatting about cante, baile and guitar. I had the chance to partake at the celebrated Venta Vega(1), located on the road from Seville 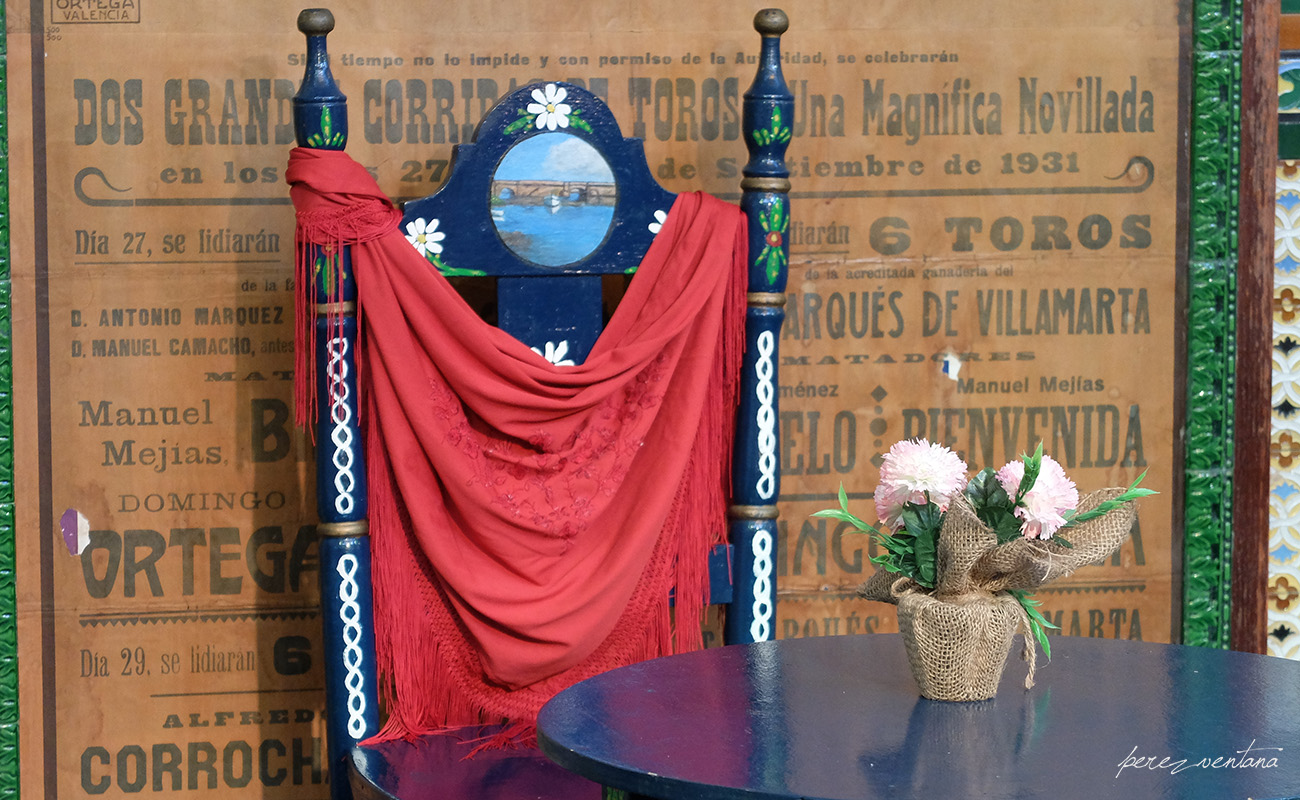 I remember that when I started this flamenco aficionado thing, in the 1970s, there were still places in Seville where artists would hang out, some trying to make a living, and others just for the sake of chatting about cante, baile and guitar. I had the chance to partake at the celebrated Venta Vega(1), located on the road from Seville to Cádiz, just before Bellavista. There I had the pleasure of spending some nights sharing music and drinks with cantaores such as Niño de Fregenal, Gordito de Triana, Joaquín de Utrera, Cepero de Cantillana and Niño de Arahal. I also had many conversations with the guitarist Antonio Delgado, brother of Esteban de Sanlúcar. He was already an elderly man, heavy and full of wisdom. That venta was closed a few decades ago. Those days were the golden age of the peñas flamencas, with memorable venues such as Torres Macarena and El Sombrero, in Triana, where was also located the peña of the odontologist Paco Parejo, at Alfarería street, patronized by Antonio Mairena, El Chocolate, Emilio Badía, Antonio el Arenero, Manuel Oliver, Naranjito de Triana and Luis Caballero, among others. There I would often see Rafael Riqueni when he was still a child, always with his father and dreaming of being a famous guitarist. Going to the towns in the province of Seville, such as Morón de la Frontera, Utrera, Lebrija, Mairena del Alcor, Arahal, Dos Hermanas and Los Palacios, where aficionados would meet at the peñas or in the taverns, was like going to a flamenco university. I was 20 years old and I would soak up all the knowledge, the stories, the life experience and the memories of those who had lived so many nights of art. In those days, this was the way to learn flamenco: at meetings in the peñas and taverns, talking with the masters and with the good aficionados. Not many people my age can boast having have chatted with Antonio Mairena, Antonio el Sevillano, Manolo Fregenal, Fernanda de Utrera, Farruco, Manolo Sanlúcar, Matilde Coral, Terremoto de Jerez and El Sordera. I have also fond memories of fellow flamenco critics that are no longer with us, such as José Antonio Blázquez and Miguel Acal, two of my mentors. Who does remember them now? Who does remember their great work in behalf of flamenco, undertaken for several decades? Who does remember Emilio Jiménez Díaz from Triana, who although still alive, no longer presents any festival nor gives any conference in peñas? I’m sorry, but that’s one thing that really hurts me deeply: forgetting the people who have done so much for our culture. Not long ago I was talking with a young star of cante, José Valencia, and he agreed that everything has changed a lot, that the artists now lock themselves in their own world, that the old way of learning from the masters and from other aficionados has been lost, that everything has become less human, that there is less flesh and less soul. I’ve noted this even in myself: although I am reportedly the most widely read flamenco critic in the world (according to some gentlemen who did one study recently), and although I’ve been researching flamenco for over forty years, my telephone seldom rings and it seems that all the life experiences I’ve had and all the stories I could tell are of no interest to anyone. So here I am, torn between longing for a time that won’t come back and disillusion, some days fully motivated, and other days just wishing to blow up my computer and go live in the countryside with my dog, growing tomatoes and lettuce and end my days living off memories. I don’t know, perhaps I’ve been doing this for way to long.