Manuel Peralta and Fernando Canela play around in Mairena 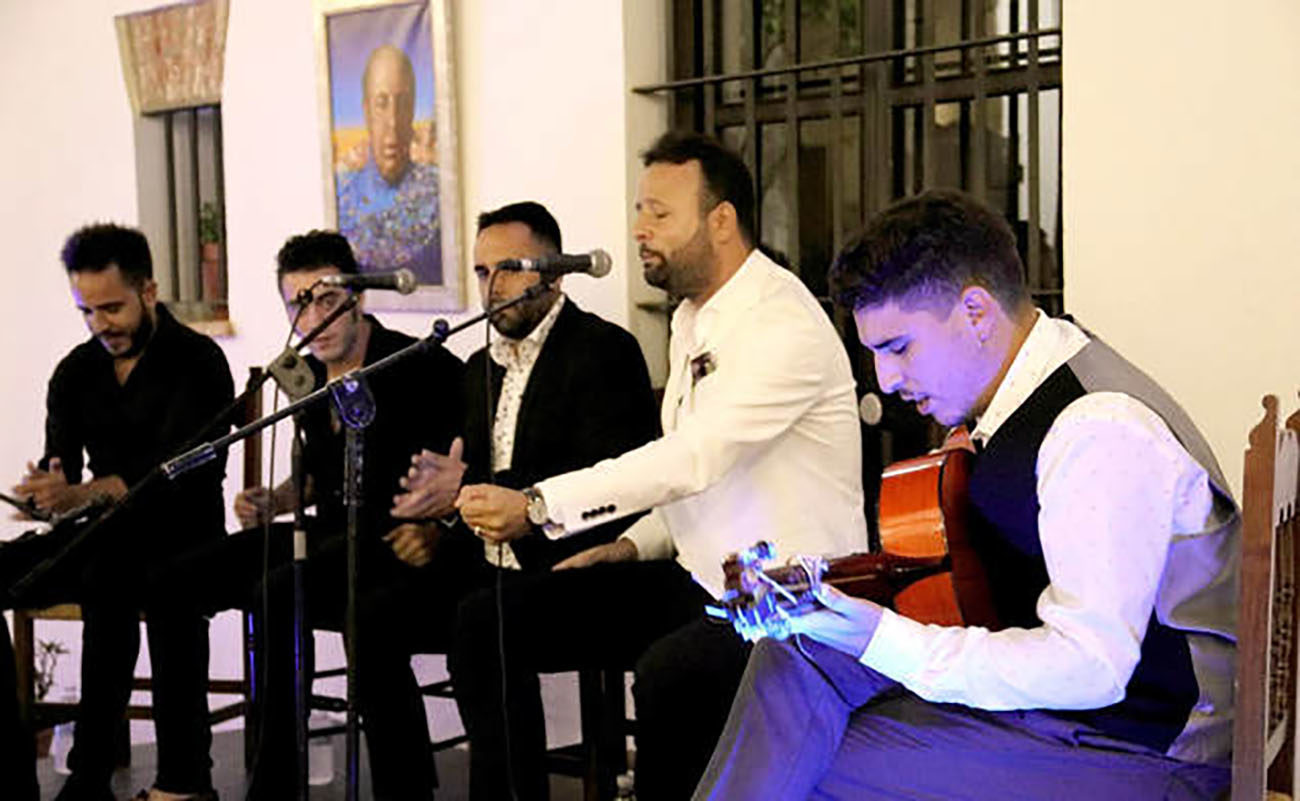 The second day of the Festival de Cante Jondo Antonio Mairena was devoted to the Bienal de Arte Flamenco Canela de San Roque, which will take place between October 4th and October 27th. In a gesture of brotherhood between one of the oldest flamenco festivals and one of the newest, Juan Carlos Ruiz, the mayor of San Roque, in Cádiz province, presented the second edition of the festival, named in honor of the great cantaor Alejandro Segovia Camacho “Canela de San Roque”, who sadly passed away three years ago.

After this act, Antonio Pérez, the town’s chronicler, presented his book “Donde habita la claridad (Poesía Flamenca)”, giving way to a recital by two young cantaores from San Roque, Fernando Canela and Manuel Peralta. The scheduled guitarist was originally Antonio Peralta “El Kuko”, brother of Manuel, but he was replaced by the young Rubén Lara, who would become the recital’s sensation.

His full name is Rubén Lara Cruces, and he’s from Cañete la Real, a little town in Málaga with a population of just fifteen hundred people. He’s 25 years old. “Just watch how well this kid plays!”, whispered the old aficionados from Mairena who packed the beautiful Patio del Pozo, a hidden corner in the imposing Casa Palacio de los Duques de Arcos, where each detail seems to have been conceived with flamenco in mind. A bust of Antonio Mairena to the left of Rubén hinted an approving smile for his masterful toque.

The palace’s wooden beams creaked at the start of the recital, with a “mano a mano” por martinetes. The anvil was taken over by Fernando, the younger brother of José Canela, who fanned the flames of the family forge from a corner. Fernando started with martinete and toná chica de los olivaritos del valle, evoking Tomás Pavón. Really Good, but sadly his flame faltered from then on. His fellow cantaor Manuel Peralta (b. 1985) more than earned his day’s pay emulating the master of Alcores. In that precise moment, although a bit strident at the beginning, he got his boots on, and gave it all, singing the toná grande, the toná del Cerrojo to be precise, with its usual finish. The evening was looking good.

With all the artists now on stage, the two cantaores alternated, accompanied by the same guitarist. They alternated lights and shades and Rubém illuminated the patio with his falsetas. Fernando Canela, son of Canela de San Roque, was up to the challenge. His voice is rounded, sweet, gifted, his chest is like a vault and he has compás to spare. Yet, just like Manuel Peralta, he’s a cantaor with a lot of feeling. He was a bit scattered por alegrías, alternating between Aurelio and Camarón, and rather irregular por soleá, one of his signature palos and his family’s specialty. He did fine with the cantes de la Serneta in the style of Tomás Pavón, finishing much better in the styles of El Mellizo and Joaquín el de la Paula. It’s not possible to nail it every time, singing from the inside to the outside. I’ve seen him doing better, we all have.

Manuel Peralta is also from a flamenco family, and just like Fernando, he had come to the Festival de Mairena to give it all. The public in this town is quite demanding and very knowledgeable. Manuel had trouble getting out of the predicament he got into, singing the media granaína, after doing fine with Enrique el Mellizo’s malagueña doble. From then on, he was able to get rid of the ballast and started to connect with the public’s hearts. “You’re looking a bit serious”, said the cantaor to the ferocious spectators, who remained stone-faced. Yet, when he finished his round of seguiriyas with the cabal del Tuerto de la Peña, the public yielded and eagerly embraced the cantaor.

From here on, Peralta excelled, singing bulerías por soleá, together with Fernando Canela, who was still unable to find his way, no matter how much he tried to appeal to the spirit of Tomás. They also sang bulerías de Jerez in memory of Antonio Mairena, with Fernando now warmed up and doing as well as Manuel, earning the acclaim of the public. 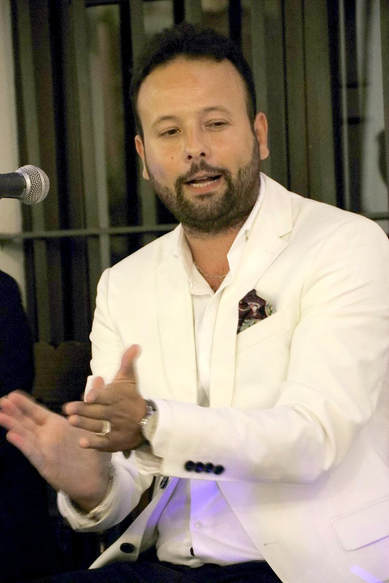