Home / Estela Flamenca  / Yeyé… Cádiz through and through

The nickname takes you by surprise. Surely a serious flamenco singer, capable of exploring the depths of siguiriya and soleá with a warmly textured flamenco voice and an abundance of sincerity, surely such an individual would not come to be known as “Yeyé” (a 1960s term that refers to youngsters and the music they enjoyed at the time, rather like

The nickname takes you by surprise. Surely a serious flamenco singer, capable of exploring the depths of siguiriya and soleá with a warmly textured flamenco voice and an abundance of sincerity, surely such an individual would not come to be known as “Yeyé” (a 1960s term that refers to youngsters and the music they enjoyed at the time, rather like “bubble-gum music”). Antonio López Olmo (1948) is from Cádiz, which already explains a lot, as locals are known for their ever-present surrealistic sense of humor. Like many others from the city, he participated in his youth in a carnival group, a comparsa, known as Los Yeyés Gaditanos, and upon becoming an actual flamenco singer, well, the name stuck.

Yeyé (that’s pronounced jay-JAY) has sung in major companies such as those of Antonio, María Rosa, Manuela Vargas and Joaquín Cortés. I remember hearing him for the first time many years ago, singing for young dancer Javier Barón on television. I left what I was doing in the kitchen to sit and take in this unknown singer with the odd nickname. My colleague, Antonio Barberán, a great and knowledgeable flamenco fan, has the following to say about Yeyé: Antonio is a strong singer who has seen plenty of flamenco action singing for dance, and with a great deal to say as a soloist as well. He has a prodigious voice imbued with the salty flavor of Cádiz that permeates everything he sings.

Let’s see what Yeyé has to tell us about his colorful life.

Antonio, how did you pull off that radical change from the carnival group to the intensity of flamenco singing? Where do acquire that depth, and how did you learn to sing for dance?

It was already in me, but the carnival group was another kind of singing. I was the first solo singer in the history of the Cádiz carnival, the first to sing alone. It was with the group Los Beduinos de Paco Alba, I sang a verse of Farina’s. After that, many others started to sing solo, and now it’s normal.

I learned to sing in the street, and in my house, my father and mother both sang, and from early on they got me into the Burlaero which was a bar owned by Periquito el Melu, and La Privadilla, another bar, and the bar Lucero where you could always find Ramón el Niño de la Pelota, el Caramelito de Cádiz as well as guitarists Domingo Billero and Eugenio el Niño de los Rizos, and I listened to everything.

My early years I was living in the misery of a garage after the famous explosion of a military stockpile in Cádiz in 1947 that destroyed hundreds of buildings leaving us homeless. Afterwards, when I was 11 years old, I made it to America as a stowaway on a boat. A sailor discovered me and gave me food, but when we got to America I was exploited and beaten. Between one thing and another, there’s enough for seven books.

I’ve been living in Madrid since 1965. I came when I was 16 with the carnival group Los Yeyés Gaditanos” to perform at Pasapoga, a nightclub on the Gran Vía. One night we ended up at Arco de Cuchilleros [a well-known tablao], and there was Chano Lobato singing, as well as Álvaro de la Isla and Alfonso Salmerón, and I sang some alegrías. I’d known Chano since childhood, in Cádiz we lived on the same street, Santo Domingo. I told the owner of the tablao that what I really wanted was to sing flamenco, and he said I was always welcome to work at the tablao. A couple of months later I left the Yeyés, and still with my freaky hairdo I began at the tablao with Chano.

We remained four or five years together at Arco de Cuchilleros, which is where I learned to sing for dance. Back then, it was like a flamenco university, nowadays it’s completely different. To sing in a tablao, you had to know the whole flamenco repertoire from top to bottom. And the artists had to change dances every two days, so the singers needed to adapt. But today, with 3 or 4 dances at most, the show is covered: soleá, bulerías, tangos…

Is there work for a flamenco singer in Cádiz, or is it necessary to be in Madrid?

Not now, and not ever has there scarcely been work in Cádiz, you have to come to Madrid. I worked in the tablao in Cádiz, and the boss Paco el Barbero kicked me out for letting Cojo Peroche in – it’s a long story. The singers at that time were Juanito Villar, Miguel el Rubio de los Ajos (from Jerez) and myself.

The first time Juanito Villar came to Madrid, we worked together at the Calderón theater with Juanito Valderrama, that was with a carnival group called Las Catorritas de Filipinas [and he sings the carnival song they used to do].

Where do you feel most appreciated, Japan, Madrid or Cádiz?

I feel appreciated everywhere, certainly very much so in Japan where I spent many years, I have a Japanese daughter. I came to have my own tablao, and all the flamenco artists who went to Japan sought me out.

What recordings have you made?

Singing solo, two: Puerta Tierra and Llega Lejos Andalucía with my friend José María Molero on guitar, he just left us not long ago poor guy. I recorded Color Café with Pedro Sierra, and I’ve also done many collaborations.

The verses I sing are nearly 100% my own. Sometimes I hear singers doing my verses and that pleases me, although they don’t usually know they’re mine. And I can take any flamenco verse and fit it to any flamenco song-form. 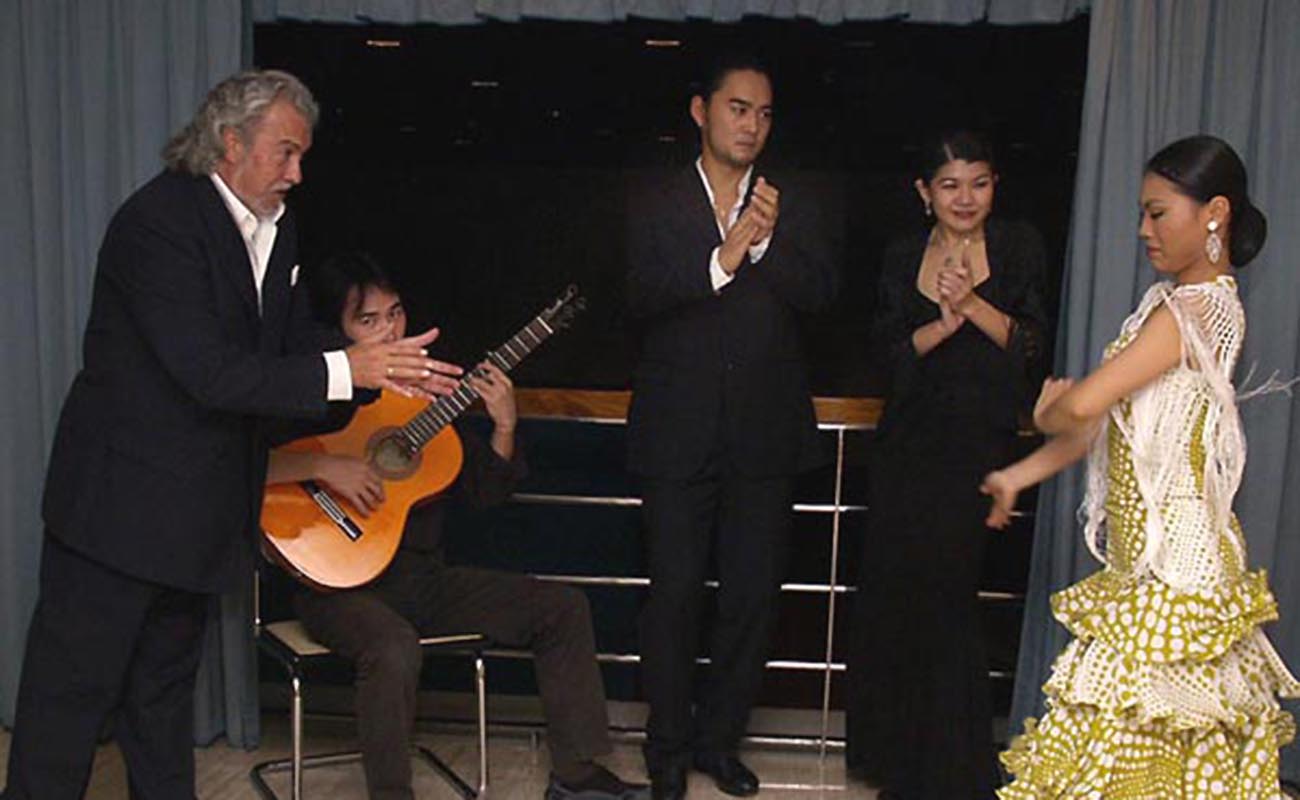 Nowadays, singers for dance have names. Every flamenco fan knows Enrique Extremeño, José Valencia, Juan José Amador, Miguel Ortega, Pepe de Pura and so many others. Do you feel known in that respect? Is it equally hard to sing solo as it is for dance?

Everything is difficult in flamenco, even knowing how to say “ole!” correctly. For me, it’s not that different singing solo or for dance. You’re more exposed when you’re on your own, but you also feel more inspired, you dig deep inside yourself, and the audience pays closer attention. At this point, I think audiences know me both ways, solo and with dance. I prefer solo, it makes me feel free and I communicate better. Now, singers for dance are always named on the program, they didn’t used to do that, the same for guitarists, and forget about “palmeros” (hand-clappers), there weren’t any, we did our own clapping, only the dancers were named, but now even the cajón (percussion box) player is named, and that’s only right because they’re all artists. There used to be very little work for solo flamenco singers, nearly all the jobs were with dancers.

You don’t sing Camarón-style, but in photos you’re wearing the image of Camarón’s face around your neck. Did you know him when you were young?

Everyone loves Camarón, us veterans and also the new generation. As a child we played together, he lived 6 kilometers away from Cádiz in La Isla. When he was a kid, if it got too late to return home, he used to stay with an aunt of his in Cádiz. That was San Juan Street, where my sister also lived, and we used to hang out together. Later on, when we were older, we’d run into each other now and again, although when I got to Torres Bermejas [major Madrid tablao], I’d already left for the Canary Islands where the money was better.

What flamenco singers do you admire?

Of the singers from before, I admire Talega, Niña de los Peines, Mairena, Lebrijano, Naranjito… And of the present generation, I like Antonio Reyes, María Terremoto, Rubio de Pruna, Pedro El Granaíno, Jesús Méndez, my buddy Cancanilla de Málaga, Rancapino Chico, Israel Fernández and many others.

You’re from that prodigious generation of renewed classic cante, singers who have now past seven decades – Juan Villar, Luis Zambo, María Vargas, Rancapino, Pansequito – do you identify with that group?

Of course I identify with all the singers of that group, also Santiago Donday, Juan Silva, Niño del Mentidero… And people are singing better than ever, now there are more ways to learn, more techniques. It used to be people just learned from one another. There were many unknown individuals who were terrific singers, like Rosa la Sardina or Ramón de Barbate who was a fisherman. When he came back from fishing in his boat, he’d be singing all the time, and we followed him around learning his things. That whole generation, we grew up with nothing.

With gratitude towards Elvira López Hidalgo 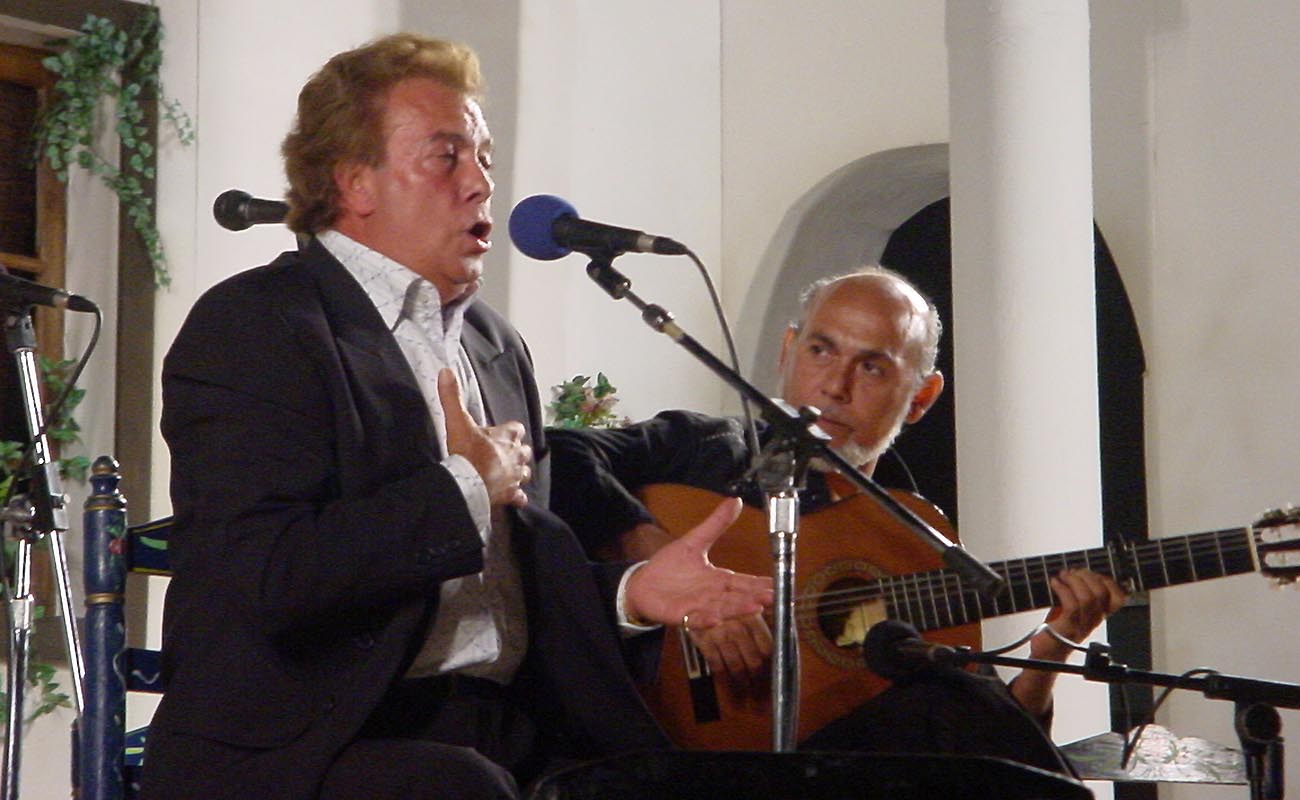 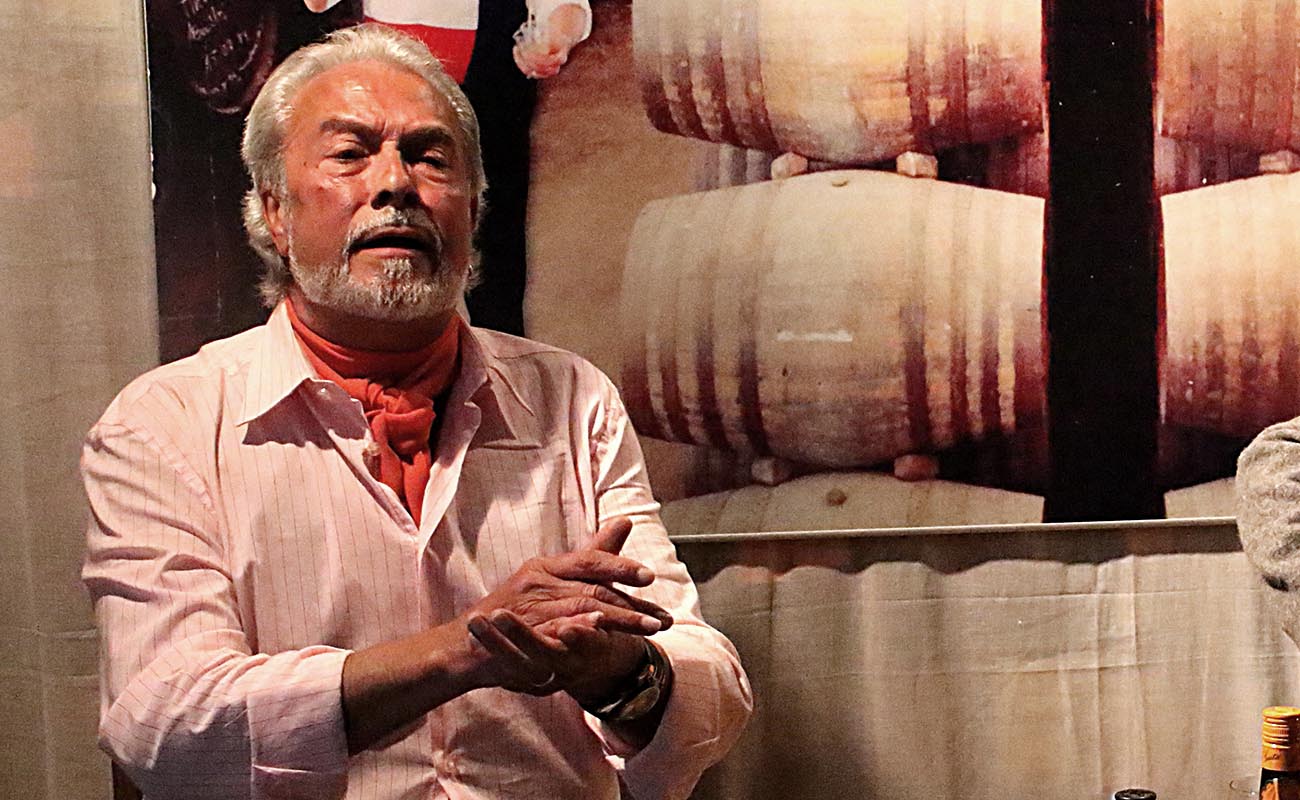