In the book 'Flamencos. Viaje a la generación perdida', dozens of flamenco artists from half a century ago are brought back to life by the former director of la Bienal de Flamenco.

Between the end of the 1970s and the beginning of the 1980s, many of the artists who had been fundamental to the dissemination of flamenco singing, guitar playing, and dancing were living in precarious conditions. To remedy this, Manuel Herrera and a group of aficionados championed the creation of ITEAF, the Institución para la Tercera Edad de los Artistas Flamencos (Institution for the Elderly Flamenco Artists), which raised assistance funds. Herrera worked with many of these flamenco artists and gave them the opportunity to recount their lives in detailed interviews. Biographical, artistic, and anthropological records of the highest order, which the author worked on during the coronavirus lockdowns, shortly before his death two years ago, thus preventing them from being lost.

All of this, literary and photographic, is collected in the flamenco volumes. ‘Viaje a la Generación Perdida’, which is prepared meticulously, is published by Almuzara in collaboration with Fundación Machado, Fundación Cajasol, Fundación Blas Infante and the Federación de Entidades Flamencas de la provincia de Sevilla. They joined forces to bring to light the last work of the man who was promoter and director of the Flamenco Biennial in the 1998, 2000 and 2002 editions, and who was in charge of the Jueves Flamencos del Monte and Cajasol for three decades.

‘Flamencos. Viaje a la Generación Perdida’ brings together thirty five interviews conducted in the 1980s with old singers, dancers, and guitarists such as Tío Borrico, Antonia La Gallina, El Negro del Puerto, Luis Maravillas, La Perrata and Eduardo de la Malena, among others. Many of these artists are forgotten today, nevertheless they are fundamental pillars in the spreading of the pure art.

Manuel Herrera Rodas (Casariche 1937- Los Palacios 2020) was always committed to the preservation, promotion, and introduction of flamenco into schools as a sign of identity for the Andalusian people. He created the magazine ‘Sevilla Flamenca’, and was also a writer and director. He is the author of several books: ‘A la sombra de la Alameda’, ‘vida y obra de Eduardo de la Malena’, ‘Andalucía, tierra, hombres y afanes o Del flamenco a todas las músicas’. He was awarded the Cross of Alfonso X in 1983 and in 2021 he was declared Adopted Son of Seville. His opening speech for the 2020 Biennial at the Real Alcázar, given months before his death, showed his unending love for Andalusia, the land where he was born, and for flamenco, his true passion. 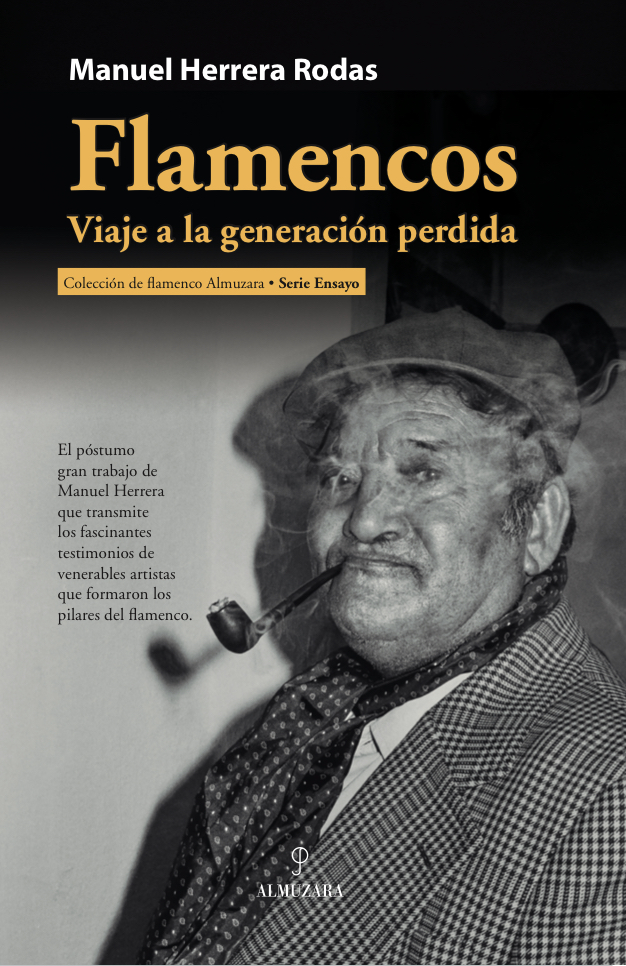