Baile flamenco at the university 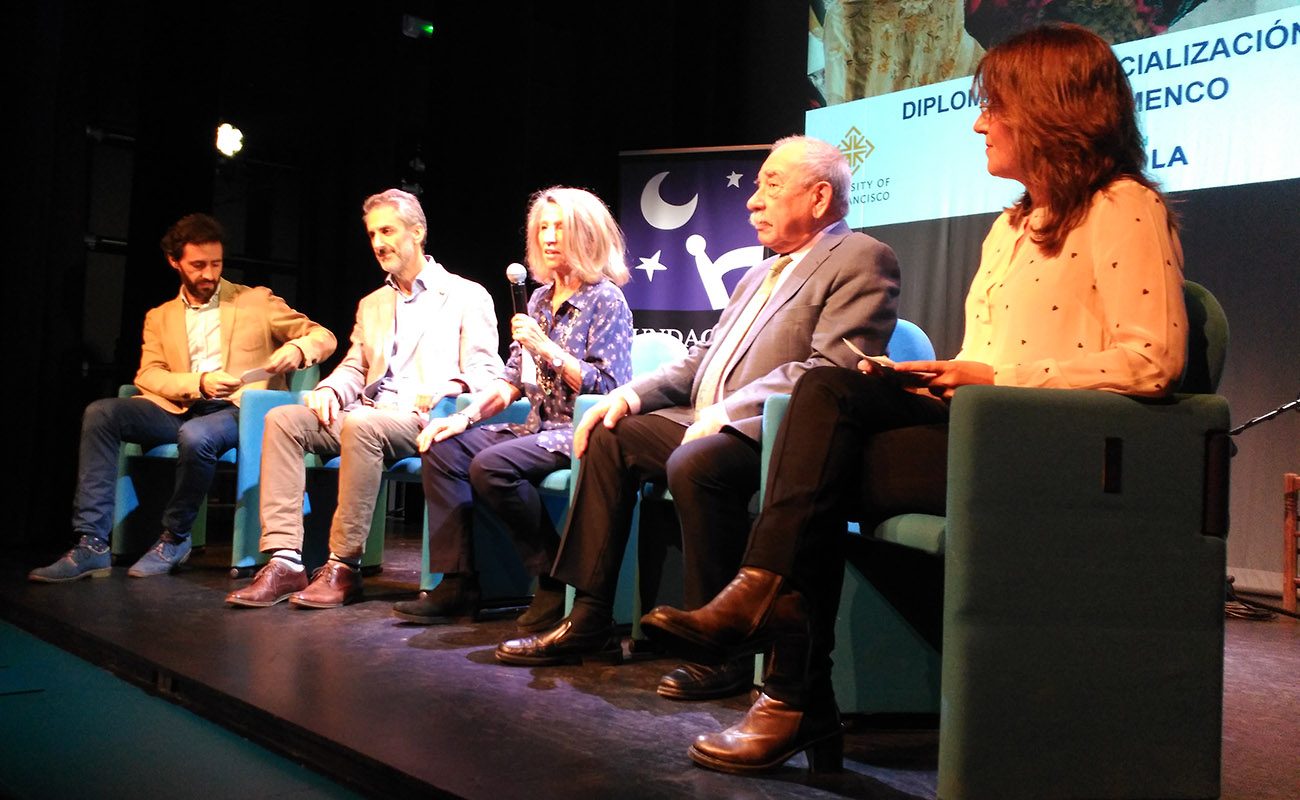 The first program offering a university degree for flamenco performers has been presented in Seville on October 29. The Triana Flamenco Theater was the stage for the joint announcement by the Loyola Andalucía University and the Cristina Heeren Flamenco Art Foundation. As of January 2020, future bailaores and bailaoras will be able to add a university title to their training, with the pioneering Diploma of Specialization in Baile Flamenco.

The program has been jointly designed by both organizations. The courses have total of 30 ECTS credits, distributed in a block of mandatory classes (27 ECTS) plus an elective (3 ECTS). This course is intended either for people with a university degree or for students of a university degree ora  postgraduate degree. Holders and students of a Higher Education Title in Music or Dance will also be able to take this course. The model for this program is the University of San Francisco’s Major in Performing Arts and Social Justice.

The presentation was in charge of representatives of Loyola University, Cristina Heeren herself and Pepa Sánchez, academic director of the Foundation. Antonio Zoido, director of Seville’s Bienal de Flamenco, attended as special guest. According to the press release, «this program is intended for students with knowledge of baile and movement who seek to learn and execute specific techniques of baile flamenco, with special emphasis on the Seville school, which requires the study of bata de cola  and other accessories, such as the mantón, the abanico and castanets».

The theoretical lessons will be taught at the Seville Campus of the Loyola University, located in the neighboring town of Dos Hermanas, while practical lessons will take place at the Foundation building. The Foundation which will also provide the instructors, such as Javier Barón, Milagros Mengíbar, Luisa Palicio, Carmelilla Montoya, Beatriz Rivero and Antonio Molina El Choro. Inscriptions and reservations are open until January 15th, 2020, via this link.