Two flamenco dynasties, Agujetas and Morao, get together for the release of the 62nd album of the ‘Flamenco y Universidad’ collection, coordinated by Rafael Infante. 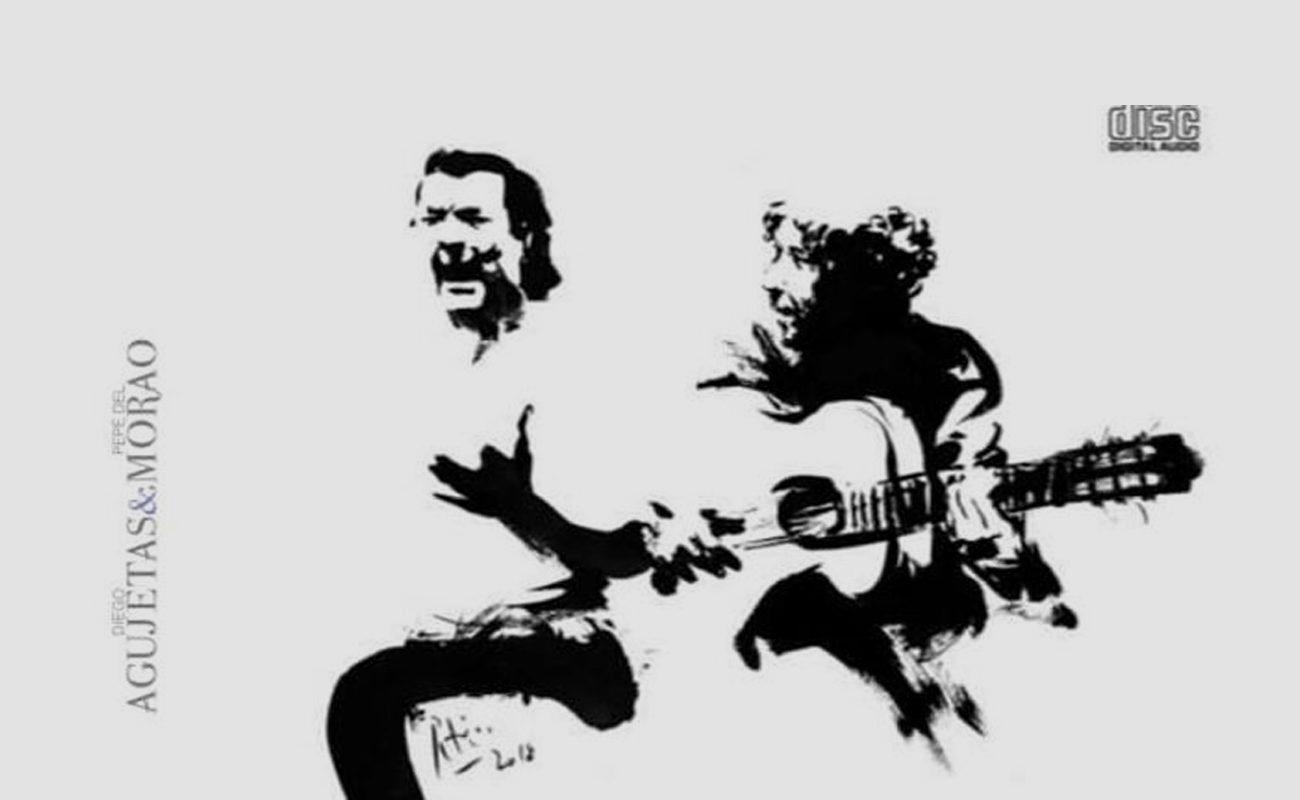 When the voice of a cantaor like Diego Agujetas and the toque of a guitarist like Pepe del Morao get together, nothing can go wrong. Quite the contrary. Both flamenco artists have united their talents to record the 62nd album of the Flamenco y Universidad collection, coordinated by Rafael Infante. This is a very special work, as it’s the reunion of two dynasties twenty-three years after the recording shared by Luis and Diego Agujetas with the great Moraíto. Now, Diego Agujetas and Pepe del Morao have recorded at Jerez’s Estudio La Bodega a very ambitious project where both artists stand by «el cante gitano andaluz».

«It was an idea of José Miguel Sánchez. He called me and proposed recording with Diego (Agujetas), who hadn’t stopped by the studio in a long time and whose only album was the one recorded with Moraíto several years ago. I loved this idea. Moreover, I consider it a gift, because he’s a cantaor who perfectly matches my style as a guitarist, since I like traditional, pure flamenco», explains Pepe del Morao in a statement published in Diario de Jerez.

José Miguel Sánchez Navas, aficionado from Rota, got to work to get this album ready. Recording started in February and officially ended in May 2019. «We first shared some work together, because I knew Diego from my early days, where we both performed in some festivals», said Morao.  «I first met Pepe at the Alcalá del Valle festival. Pepe Marín called me and I went with him and Pepe, who was very young at the time, but played very well», remembers Diego Agujetas.

Many cantes were recorded. However, in the end it was decided to include just seven: soleá por bulería, tonás, malagueñas, seguiriyas, soleá, fandangos and bulerías. «We also recorded romances», said José Miguel Sánchez, «but we left them out because we have another project in mind, also with Diego, about the evolution of romances, which are cantes closely linked to his family», he concluded.

This record features the palmas of Manuel de Cantarote, Juan Diego Valencia, El Pirulo, Marquitos Carpio and Manu de Sordera. For this album, Pepe del Morao used the guitars of his grandfather. Quite something.

The presentation of this album will take place in California. Both artist will perform a total of three galas, two of them in San Francisco — on October 25th at Brava Theater, and on October 26th at Berkeley’s Peña Cultural Center — and the third one in Atlanta. «There are many flamenco lovers in the United States, lots of people from the south and people who are crazy about cante.  When we are there, we don’t feel like foreigners, but we are embraced as if we were at home. I’ve been there twice, this will be my third time. Thanks to Nina Menéndez, a local manager with whom I get along really well, professionally and personally», explained Pepe del Morao.

Talking about artists, the CD cover had the invaluable collaboration of Patricio Hidalgo, a young painter settled in La Puebla de Cazalla. Perhaps the fact that he lives in a town with so much flamenco tradition has allowed him to follow the trail left by another great name linked to this art, Francisco Moreno Galván. Hidalgo has designed a cover uniting those two flamenco dynasties.

We shall remember that this artist has strong links with the world of flamenco. This is not his first work, at all. His art has been featured in numerous festival posters all over the world. Besides, he has worked with artists such a Belén Maya, Leonor Leal and Rafael Riqueni, among others. He has also designed many creations in video in the last few years for the renowned Ballet Flamenco de Andalucía.