You do not have to know much about cante to agree thatRancapino Chico He is one of the three or four best singers of the moment, of his generation. It has that which can not be learned in any academy, the gift of art, a precious voice full of pinches and gipsy melismas, and, above all, good taste and palate. For 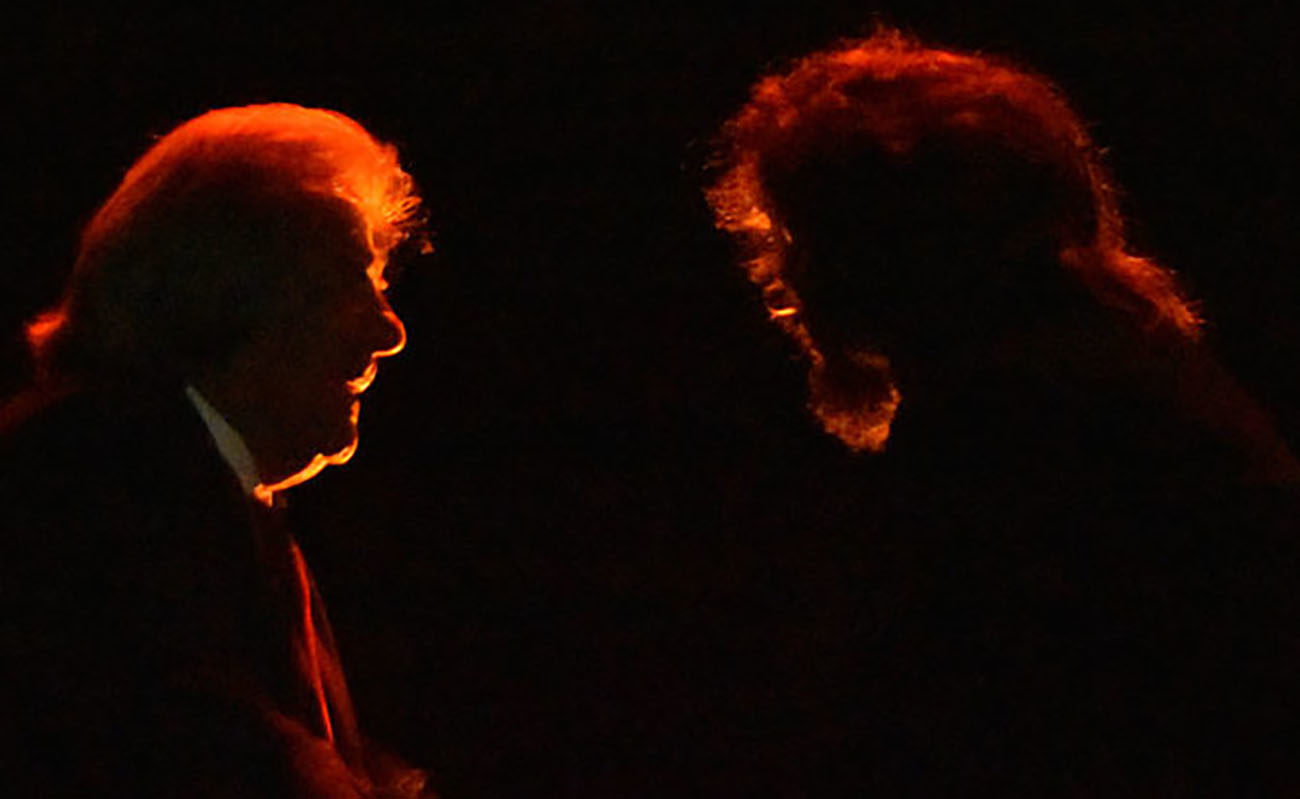 You do not have to know much about cante to agree thatRancapino Chico He is one of the three or four best singers of the moment, of his generation. It has that which can not be learned in any academy, the gift of art, a precious voice full of pinches and gipsy melismas, and, above all, good taste and palate. For his first album he has chosen a farm in Mairena del Alcor (Seville), Huerta de la Paz, by the sculptor and painter from Seville Antonio Parrilla, which is a magical place.

In this place, the young chiclanero teacher began yesterday to record what will be his first record, live, and dedicated to the masters he admires, some already absent and others alive and kicking. Some of them, such as Juan Villar , José el de la Tomasa ,Vicente Soto , Nano de Jerez or Antonia Contreras , they were in the recording yesterday and they had a great time with this young cantaor who has already loved so many fans and artists.

Not only were there artists on the La Paz estate, but critics, fans and journalists. There was Carlos Herrera, who in addition to being a great professional radio is a recognized amateur flamenco. It goes without saying that he had a great time and that he became very excited with Alonso Núñez. There was also the cantaora and singer Ana Reverte , who came expressly from his hometown, Los Carrales. And so many familiar faces, it would be impossible to list. They had been summoned by a young cantaor of an exquisite personal treatment, affectionate as he alone and with that grace of the house. The day, sincerely, gave a lot of himself and we could enjoy his art very much, because he sings of wonder. And it’s not only that he sings well, but that everything he sings is wrapped in feeling.

In addition, the fact that he has decided to record his first live album in Mairena del Alcor, land of singers and cantes, and dedicating this first work to the masters, is a sign of a good amateur and of grateful man. It seems to me an act of responsibility and commitment to their teachers and amateur friends. Maybe that’s why he sang so well, which was not easy because there were many artists and critics. I was surprised by his poise and command of the voice in such a special situation. This also shows the kind of artist he is.

Without a doubt the album will be a success because it will record it with the soul, and this, in flamenco, is a lot. I will not reveal anything of the work because it would not be good, but I am sure that if the two remaining days, it sings like yesterday, it will be a jewel. It was an exciting recital maybe because of that, because everything had been prepared to be an exciting day. Cups and tapas welcome, lunch, coffee and mess. A spacious and beautiful room, two good guitars, three luxury palm trees and a great pianist. Just enough for that magic to emerge that only the elect are able to deploy.

At the end of the recital, Rancapino Chico was happy and excited. It was not for less, because we were many to participate in his recording if only with our presence. An unforgettable day, without a doubt.